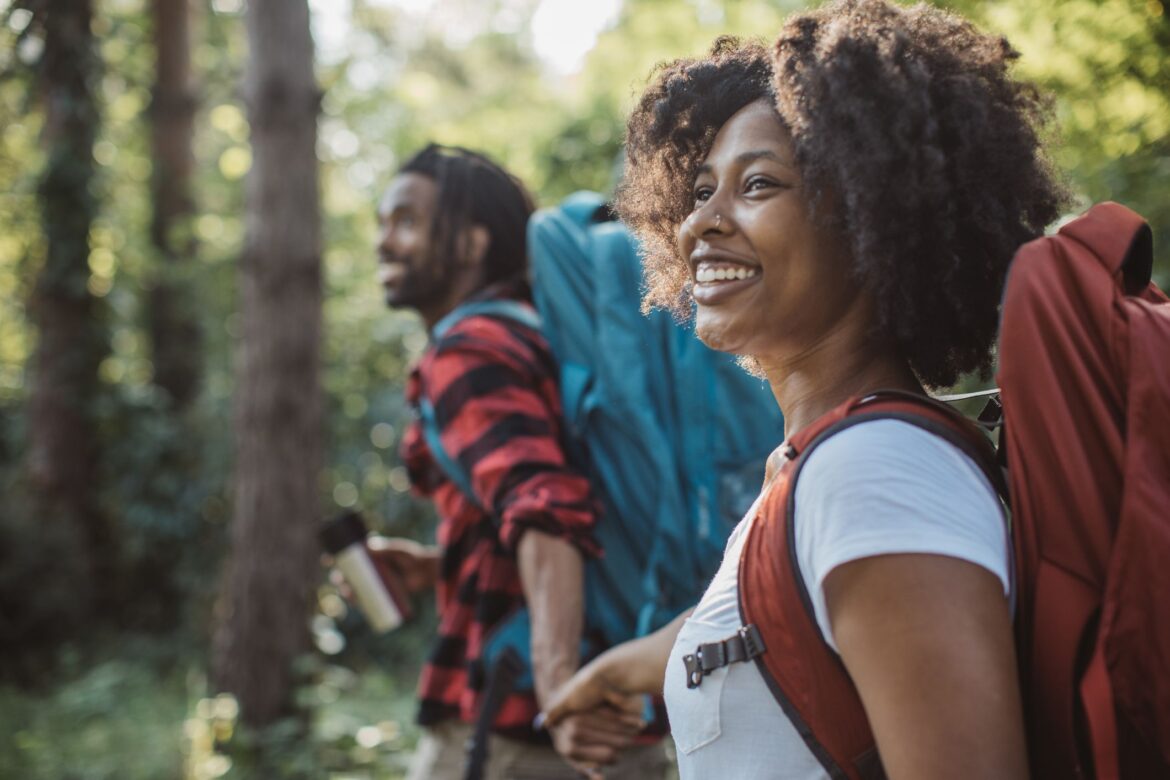 Ample research suggests that outdoor time can boost your mood and emotional health, but getting outside could change the structure of your brain itself, according to a study in The World Journal of Biological Psychiatry.

Researchers looked at six healthy city dwellers, ages 24–32 years, for six months to determine whether factors like time spent outside, consumption of caffeinated beverages, and physical activity changed brain composition. Although the number of participants was very modest, the amount of brain scanning was not—in total, more than 280 brain scans were done on the group.

The scans showed that time spent outside was the largest contributor to changes in the dorsolateral prefrontal cortex of the brain. This is the region most typically associated with executive functions like working memory, social decision-making, and selective attention.

It’s also the region linked to psychiatric issues if there’s a reduction in gray matter there, such as obsessive-compulsive disorder.

“These results show that our brain structure and mood improve when we spend time outdoors,” says the study’s lead author Simone Kühn, PhD, at the Max Planck Institute for Human Development. “This happens even within a short time frame, which means taking breaks outdoors could provide a meaningful boost to your brain. And the more time you’re out, the more your brain will benefit.”

Another important finding, says Kühn, is that these changes happened in city dwellers, which means you don’t need to surround yourself with nature to appreciate the benefits of being outdoors.

However, finding a city park or strolling on a tree-lined street rather than among skyscrapers could have some impact, previous studies suggest.

For example, a research review in Lancet Planet Health looked at nine major studies from seven countries, representing over eight million people, and found a significant association between access to green spaces in urban areas and better public health. This was consistent across every country, including the U.S., China, Spain, Australia, Canada, Italy, and Switzerland.

Green space can reduce stress and improve mental health, which has a ripple effect on health overall.

“The larger message here is that green space is good for health, and people living in greener areas live longer,” says one of the authors of that research, Mark Nieuwenhuijsen, PhD, professor in environmental epidemiology at the Barcelona Institute for Global Health. “That’s likely because green space can reduce stress and improve mental health, which has a ripple effect on health overall.”

Adding physical activity in the mix can provide even greater benefits, previous research suggests. For example, taking a walk outside during your lunch hour or doing your workout in a park instead of inside a gym could give your brain and body a boost.

If You’re Stuck Inside

What happens if you have limited capability for getting outside, or if you’re in an area with poor air quality or urban congestion? Turns out, some degree of artificial nature could provide benefits as well.

A recent research review published in the Proceedings of the National Academy of Sciences assessed 18 studies on the health benefits of natural sounds like birdsong and waterfalls. Study participants were exposed to sounds either by visiting a national park or by listening to recordings while indoors. Both situations led to outcomes like lower stress levels, reduced pain, enhanced cognitive performance, and improved mood.

An environment filled with natural sounds feels safe and allows us to let our guard down.

The study’s lead author, Rachel Buxton, PhD, research associate and conservation biologist in the Department of Biology at Carleton University in Ottawa, says that’s likely because the brain is hardwired to appreciate natural sounds.

“An environment filled with natural sounds feels safe and allows us to let our guard down,” she says. “We tend to think of quiet or stillness as calming, but that’s not always the case. Instead, it can cause increased vigilance and alertness to potential danger. Natural sounds, much like being outside, can allow the brain much-needed time to downshift.”

Even brief periods of time outside can help an important part of your brain, research suggests. Plus, if you get active as well, you can get even more benefits.

A Century Ago, This Triplex Housed Artists. Now It’s a Vertiginous Residence in the Sky