Home » No-Tears, secret to dicing onion in under 30 seconds
FoodLife

No-Tears, secret to dicing onion in under 30 seconds 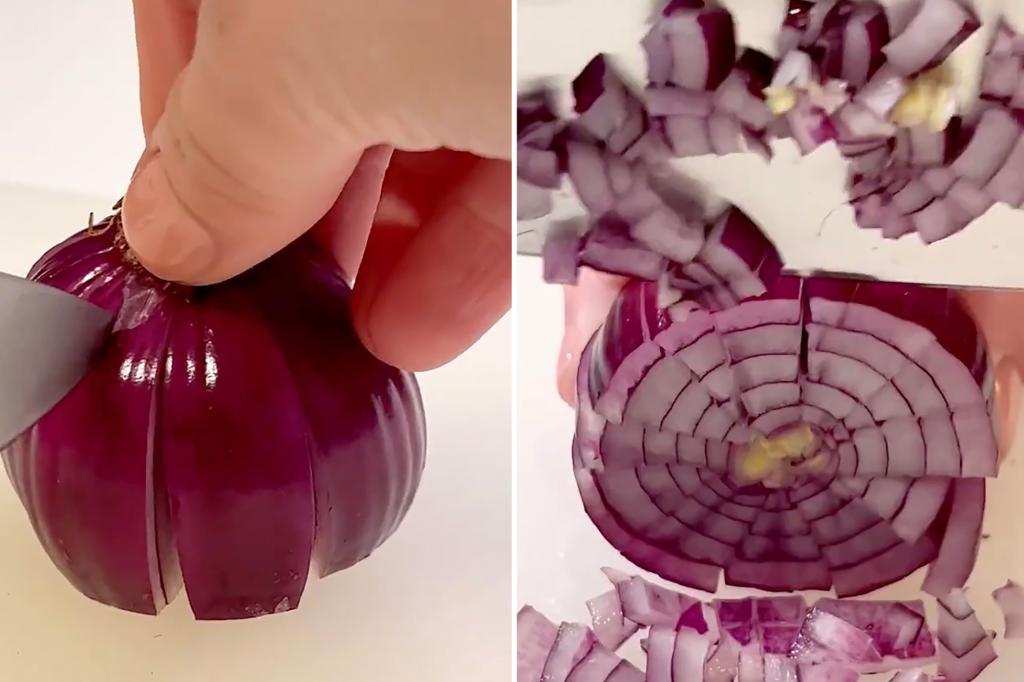 A cookbook author and nutritionist’s “life-changing” method to quickly dice an onion has gone viral, with commenters amazed they never thought of the efficient technique.

Melanie Lionello of Melbourne, Australia, posted her hack to her Instagram and TikTok accounts, From My Little Kitchen, writing: “I was today years old when I learned that I could dice an onion like this. Please tell me that I’m not the only one.”

secret to dicing onion no tears

In the clip — viewed 4.5 million times on TikTok and liked by more than 700,000 on Instagram — Lionello takes an onion whose skin has been peeled and stem cut off so that one end is flat. She places the onion on a cutting board with the root side pointing up.

She makes vertical slices all around, from roots to the cutting board.

Then, she tips the vegetable on its side and chops vertically again. The result is a thoroughly diced red onion.

“This hack is going to save so many tears,” she wrote on Instagram.

Commenters on TikTok were flabbergasted by the “genius” time-saving trick.

“Omg 57 years of onion tears for this lol,” one wrote.

“That’s not even fair,” another said.

“I’ve learned more on TikTok than I have at school,” another admitted.

But of course, some wannabe food critics deemed her technique unsafe and even basic.

“Good Lord, cut it in half first,” one begged.

“Cut it in half so it’s [more] flat on the cutting board, otherwise you risk the onion rolling. This, as shown, is dangerous,” another stated.

“Didn’t know there was another way,” another wrote.

TikTok has become a haven for life hacks, with plenty of videos demonstrating how to make mundane tasks easier. Some of the most viral posts, like this onion-slicing secret, are about food, especially eggs.