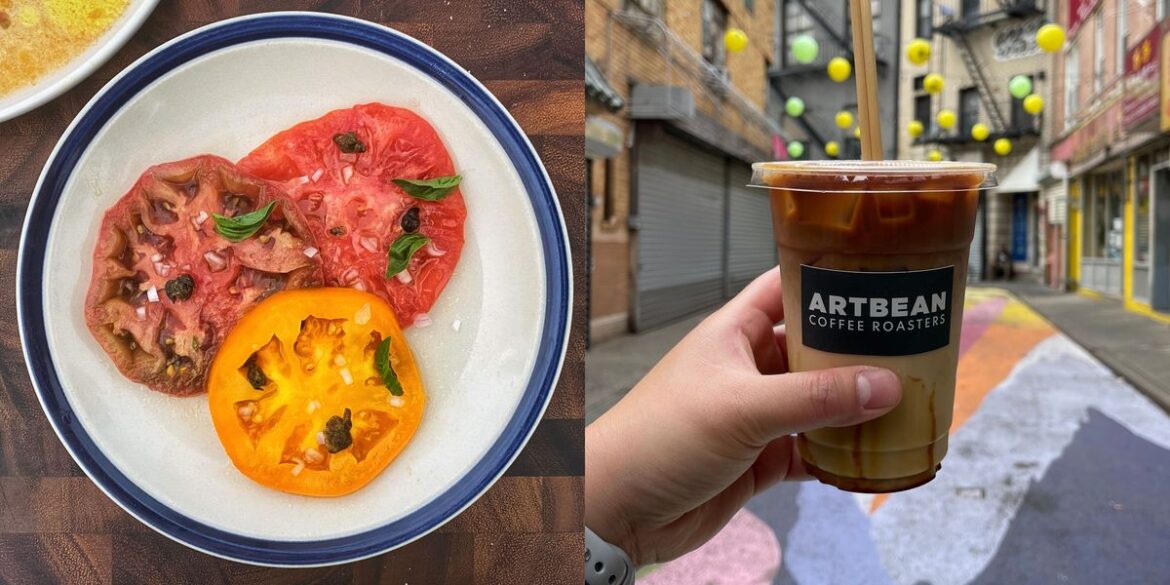 Team Delish spends all day cooking, tasting, and writing about food. While we love just about everything we try, there are always a few extra-special dishes that stand out. This month, our team sings the praises of the Delish recipes, noteworthy restaurant meals, and packaged snacks that really impressed us. Here are the best things we ate in July.

“I had a chocolate omelet made with Amazonian cocoa, served as one of the last courses during a fancy tasting menu at Frevo. So unexpected—a sweet omelet??—and so lusciously rich, creamy, but at the same time, tame in terms of its luxury.” —June Xie, Senior Food Producer

“My grandmother and I spent a Sunday afternoon making her infamous ravioli. She’s always coming in clutch with those delicate pouches of goodness! After she made the pasta dough and let it rest for about an hour, we got to work rolling (electronic machine, yes) and filling. The mixture consists of Swiss chard, ricotta, and lots of parmesan. It’s so well balanced and cheesy, so the earthy Swiss chard works out well. The best way to serve her ravioli—and the way she enjoys it most—is to drizzle olive oil and more parmesan cheese over the top. Simple and so darn good!” —Francesca Zani, Assistant Food Editor

“The best thing I ate in July was the lasagna from Don Angie in the West Village. It’s served for two, but three of us still couldn’t finish it. It’s presented in easily shareable rolls and the sauce and cheese mixture is to die for. Worth the months it took to get a reservation for sure.” —Lindsay Ramsey, Director of Content Operations

“I made a salad with some gorgeous heirloom tomatoes from my local produce stand. It was super simple: sliced tomatoes seasoned with salt, drizzled with olive oil and red wine vinegar, and sprinkled with shallot, basil, and crispy fried capers. But between the juicy, perfectly ripe tomatoes and those crunchy salty capers, it was an absolutely amazing bite.” —Taylor Ann Spencer, Assistant Food Editor

Lots And Lots Of Ice Cream

“The best things I ate in July were during a NYC heatwave: back-to-back ice cream scoops. First, I had a Sour Cream Canned Peaches cone from Morgenstern’s (sour cream ice cream with canned peach jam rolled in). I normally get one of their tropical fruit flavors, but the sour cream sounded the most refreshing (and it was). The next day, I had two kinds of gelato from Salad Days: coconut and rosemary-butterscotch (pictured), eaten before their excellent panzanella salad, because heatwave. Yum!” —Cindy Augustine, Executive Editor

“I went to Socarrat in Chelsea this weekend and fell in love with the paella. Smoky chorizo, massive mussels, tender squid, and pink shrimp (definitely suck the juices out of the head) make this dish so flavorful and filling. The golden rice has that beautiful crispy layer on the bottom (called socarrat). I’m dreaming of returning ASAP.” —Felicia LaLomia, Food and Culture Editor

“I was back in my hometown of Taos, New Mexico, and made the requisite journey to Orlando’s, a restaurant/tourist destination that this local unabashedly loves. Because I’m a creature of habit, I get chicken enchiladas every time. In New Mexico, we do enchiladas a bit differently: we use blue corn tortillas and stack them instead of rolling them, kinda like a lasagna. It’s smothered in both red and green chile (Christmas!) and served with beans and posole.” —Gabby Romero, Editorial Assistant

“The best thing I had this month was hands down the French Toast at Pig and Khao. I have to figure out what they put in that caramel. The sisig was a close second. I usually love a sharing situation, but I didn’t want to share in this case.” —Brooke Caison, Food Editor

“The pierogi at Veselka in the East Village lived up to the hype. We tried many different fillings (because they let you mix and match) and the one I liked best was surprisingly the Goat Cheese and Arugula ones. Though they all were amazing.” —Sarah Ceniceros, Senior Designer

“July has been a month of sushi for me, and out of all of the raw fish I’ve had, there’s one standout piece from Sushi by M: medium fatty tuna topped with freshly grated truffle. While the East Village omakase spot gets a lot of attention for its $20 Big Mac hand roll, this luxurious, yet simple flavor bomb has been the piece I can’t stop thinking about.” —Allie Arnold, Associate SEO Editor

“Located on one of the most colorful curvy streets in Chinatown, Artbean is a fun new coffee spot. They roast their own coffee in Brooklyn, and just opened this storefront in May. Their café doubles as an art gallery, and they make limited-edition artist coffee blends that benefit a local nonprofit in Chinatown. Try a brown sugar oat latte! It’s a special sweet treat with a caffeine kick.” —Allison Chin, Visuals Director

This content is created and maintained by a third party, and imported onto this page to help users provide their email addresses. You may be able to find more information about this and similar content at piano.io

8 Blood Pressure Tracker Apps to Keep Your BP in Check

Ice cream is better for you than granola