Gall Mites: Identifying, Damage, and Control in the Home Garden

If you’ve ever battled rose rosette disease or encountered odd leaf deformities, you should care about eriophyid mites, also sometimes known as gall mites. I find the juxtaposition of their incredibly small size with the bizarre, outsize effects they can induce fascinating. They are diverse in their habits and are a satisfying challenge to identify. These mites vary greatly in importance to the gardener, from severe pest to beneficial biocontrol agent to pleasant curiosity, so understanding them better can save you a lot of worry and effort.

What are eriophyid mites?

Eriophyid mites (superfamily Eriophyoidea) are microscopic creatures ranging from about 0.1 to 0.3 mm. You cannot clearly see even the largest with the naked eye. A 10x hand lens or magnifying glass is barely sufficient, but 20x magnification or greater will reveal them. They are often described as having a cigar or wormlike shape, with a thin body tapering at the end. Many shorter eriophyids look like tiny translucent carrots and are even yellow to orange in color. Unlike all other mites and arachnids, eriophyids are unique by having only two pairs of tiny legs at the front of their body. Interestingly, eriophyids are not at all closely related to spider mites, a common garden woe.

These ancient mites are very successful in natural ecosystems and are highly specialized—meaning that they usually have close relationships with a host plant species or a group of related plants. Thousands of species have been described, but this is surely only a small number of the species that ­exist.

What types of eriophyid mites are there?

Species that wander freely over plant surfaces are referred to as “vagrants.” Vagrant species that can be notable plant pests include the rust mites and russet mites, named for the symptoms they produce when present in large numbers. Hemlock rust mites, taxodium rust mites, and tomato russet mites are other common vagrants who cause plant symptoms.

Mites that cause “weird structures”

Many other eriophyid species do not wander freely but induce strange symptoms on their host plants as they feed, producing plant structures that play a role in the life cycle of the mite.

The structures that these mites create give the mites their names, including:

Look for: Galls, which are abnormal growths that can be found on leaves, branches, and twigs. These can look like blistering or “bubbling” of leaves, curling of leaf ends, and deformed buds. Some mites create what almost looks like a velvet patch, called erineum, on plants’ leaves.

How to manage eriophyid mites?

Some eriophyids are severe pests, while most are relatively benign or of aesthetical concern. As with any potential pest, proper identification followed by research is necessary before deciding what you should do about it.

There is an oft-repeated theory stating that pests only attack plants that are weak, poorly cultivated, or lacking the correct balance of nutrients. There are indeed insects and mites that specialize on stressed and declining plants; however, the overall theory is a poor generalization, especially for organisms having close relationships with their host plants.

A more accurate generalization would be to say that strong, healthy plants are better able to tolerate and coexist with the herbivores that rely on them for food. Therefore, keeping your garden plants healthy will help them tolerate eriophyid mite activity but will not deter eriophyid species that look to those plant species as their natural host and habitat.

Eriophyids are not well equipped to defend themselves from predators. They have no fierce stinger, powerful biting jaws, or toxins for protection. Predators can and will eat exposed eriophyids. Natural predators include:

To survive, eriophyids rely on their great numbers, miniscule size, or ability to hide in the plant structures they induce. They find protection beneath bud scales; inside curled leaves, leaf blisters, or galled shoots; or within dense, abnormal felty growth of hairs (erineum).

3. Remove affected areas of the plants

For gardeners in the excellent habit of scouting plants regularly, eriophyids really do us a favor by causing such visible symptoms. They show where they are living and feeding, at least for part of the season.

Removing plant parts affected by eriophyids is an excellent basic management technique. It is unlikely you’ll eradicate them, but you can reduce their numbers and their effects on the plants. Removal is particularly important for severe galling or witches’ brooming effects.

It is imperative that proper identification and research be done before taking action, as there are specific recommendations for control of pest species. For instance, it is important to correctly time oil applications, and you certainly don’t want to harm those mites that serve as a helpful biocontrol. Chemical interventions useful for controlling eriophyid mites include:

More-powerful miticides are available, but these are rarely necessary in the home garden. 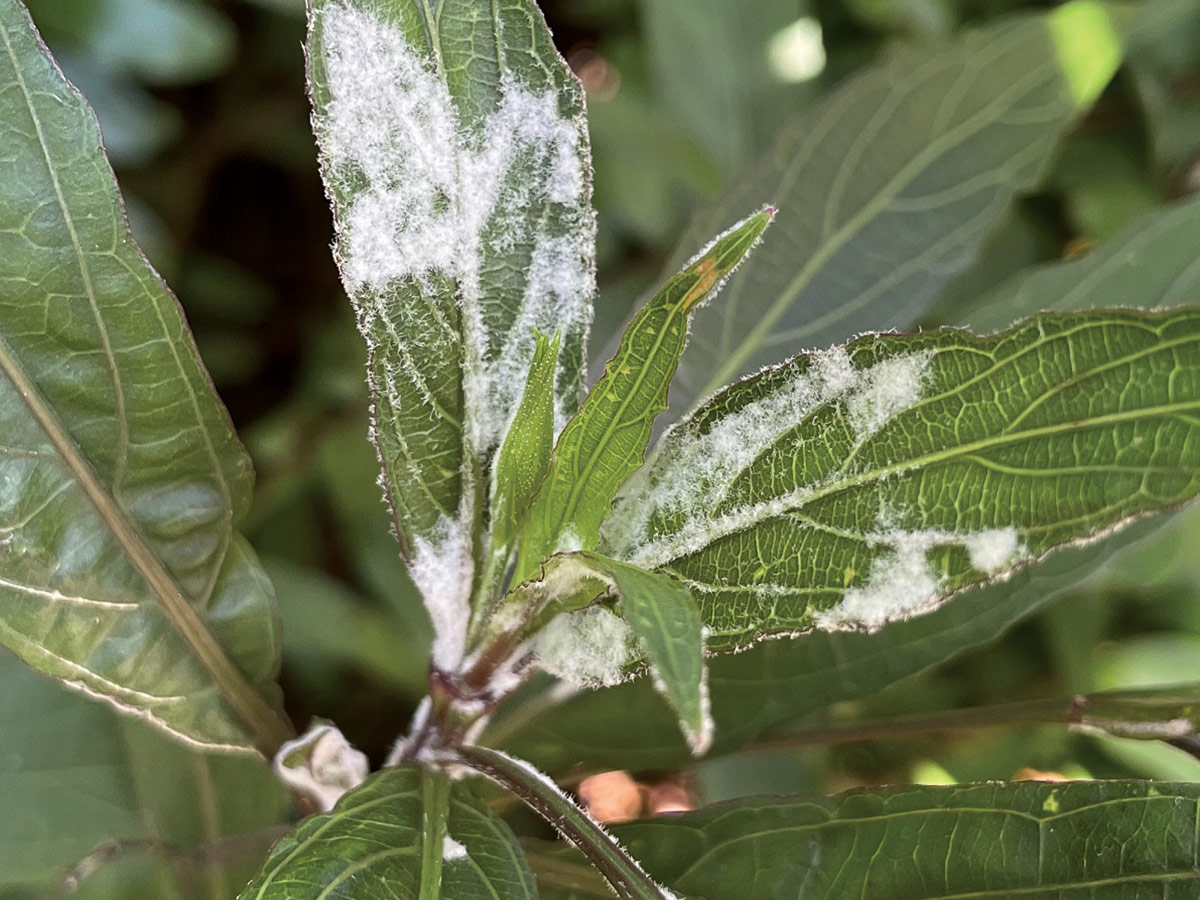 This mite induces white to yellow erineum galls on leaves of American beech (Fagus grandi­folia and cvs., Zones 3–9) that later fade to rusty brown and can be confused with beech leaf disease. 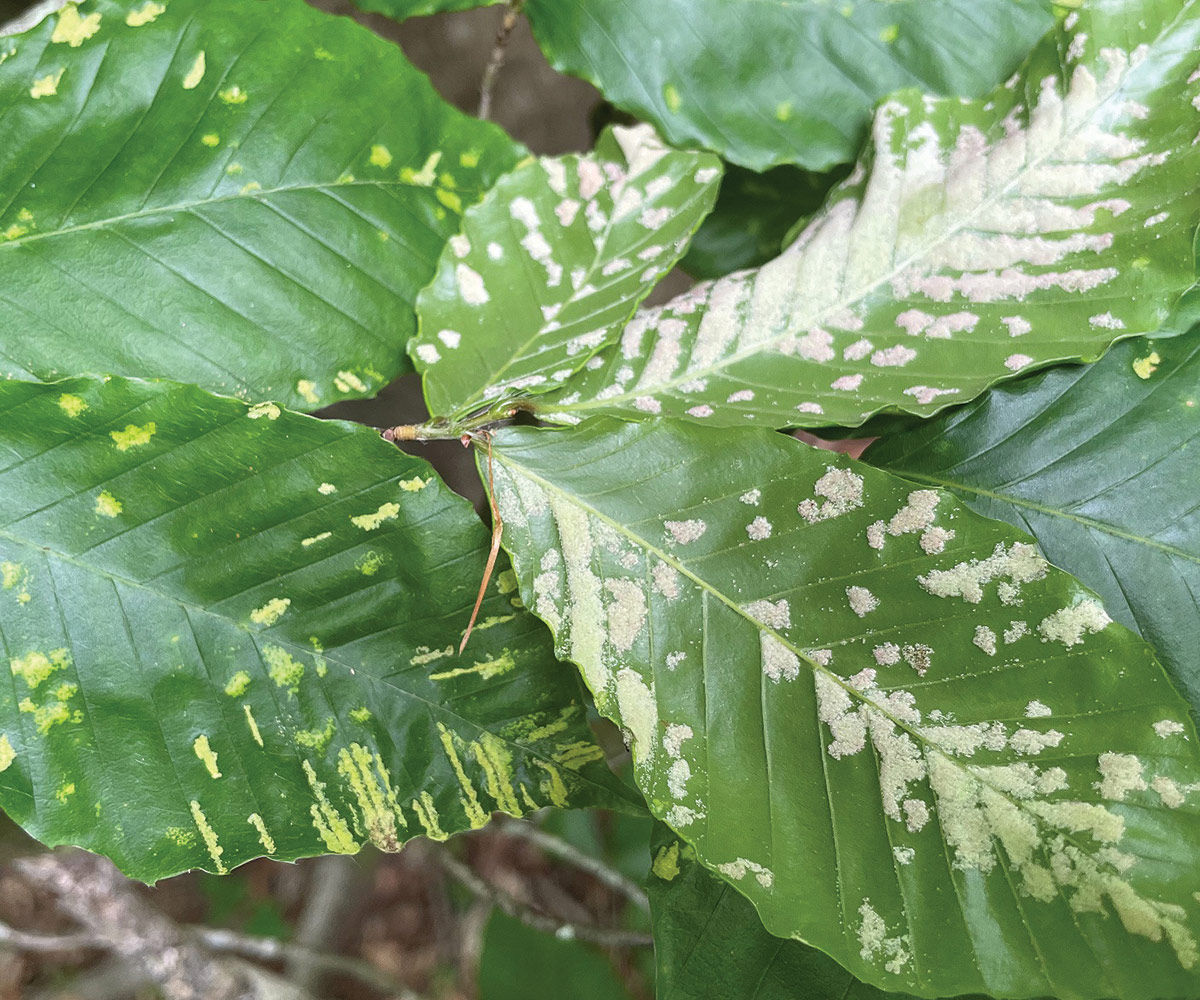 The black tupelo leaf roll gall mite decorates the leaf edges of black tupelo (Nyssa sylvatica and cvs., Zones 3–9) with a beautiful wavy crinkling. It does no significant harm to the host. 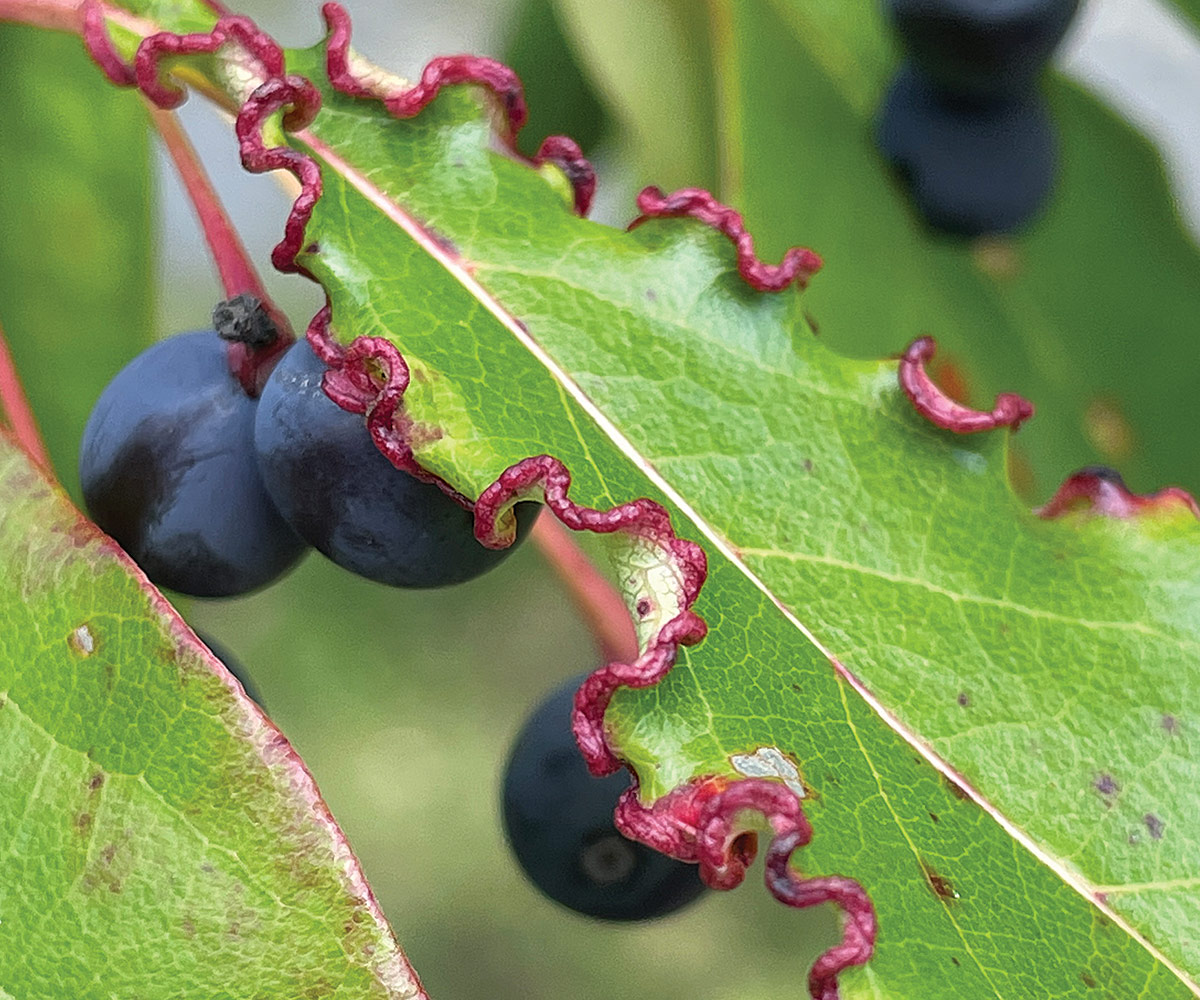 The poison ivy gall mite feeds on poison oak and poison ivy. I appreciate this mite for slowing down poison ivy patches. 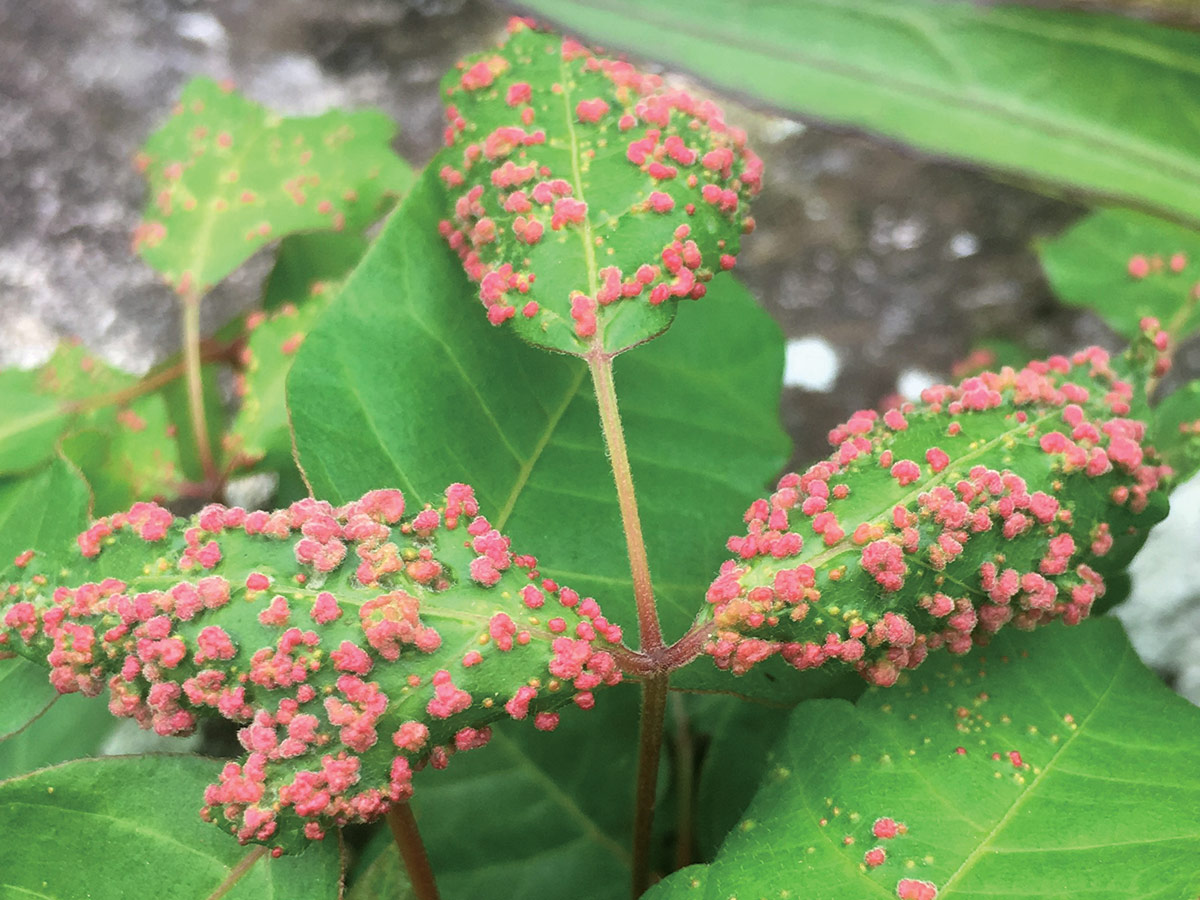 Many ­other eriophyids are considered beneficial biocontrol agents of weeds and other unwanted plants. Learn more in this study published by the journal Insects. 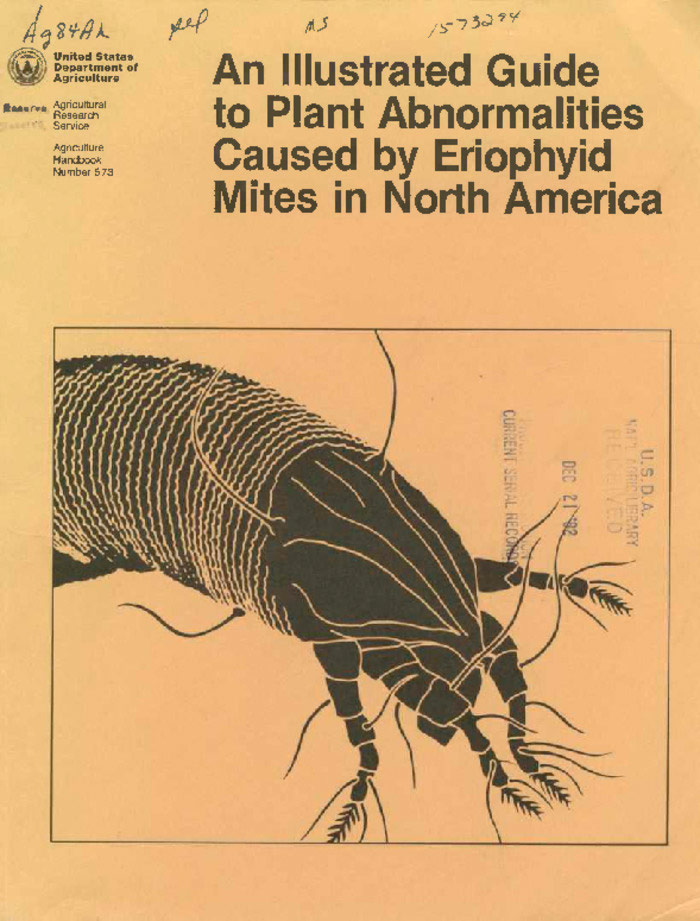 Since most eriophyid mites are host-specific, the trick to identifying them is to start searching with the host plant identity and symptom description. Cooperative Extension websites have excellent pages on eriophyid mites. An older but still useful resource is An Illustrated Guide to Plant Abnormalities Caused by Eriophyid Mites in North America, which can be found in the USDA National Agricultural Library Digital Collections. (Go to naldc.nal.usda.gov and search “Eriophyidae.”)

Beneficial Insects in the Garden

Matthew Borden, DPM, is a plant health consultant specializing in diagnostics and inte­grated management of landscape plant pests and diseases. 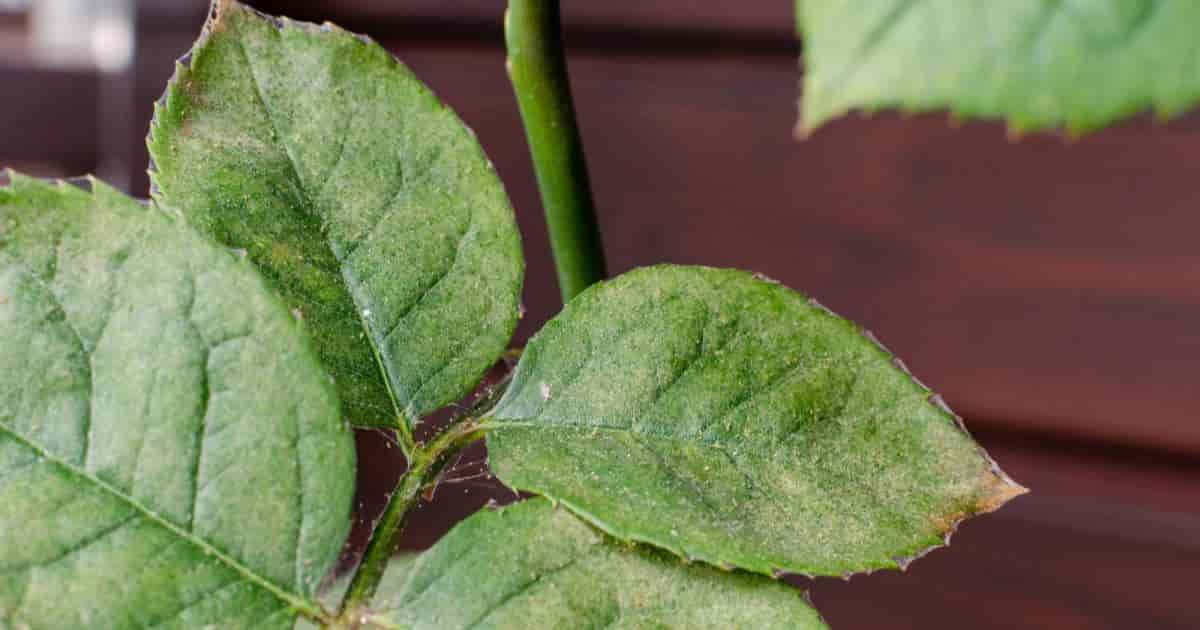 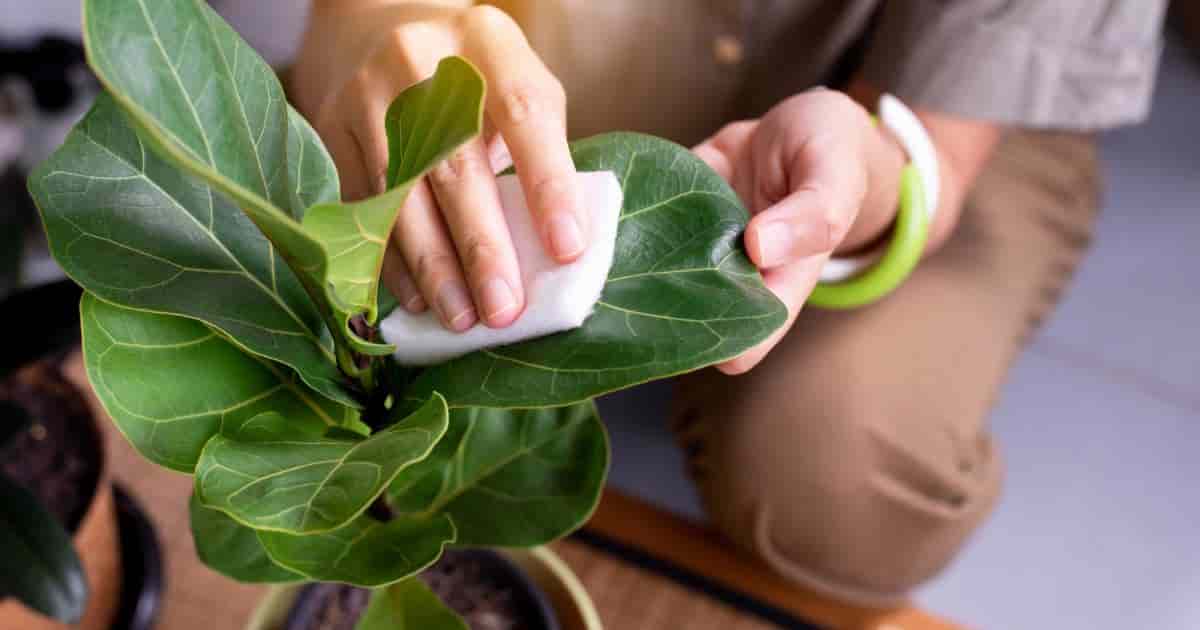 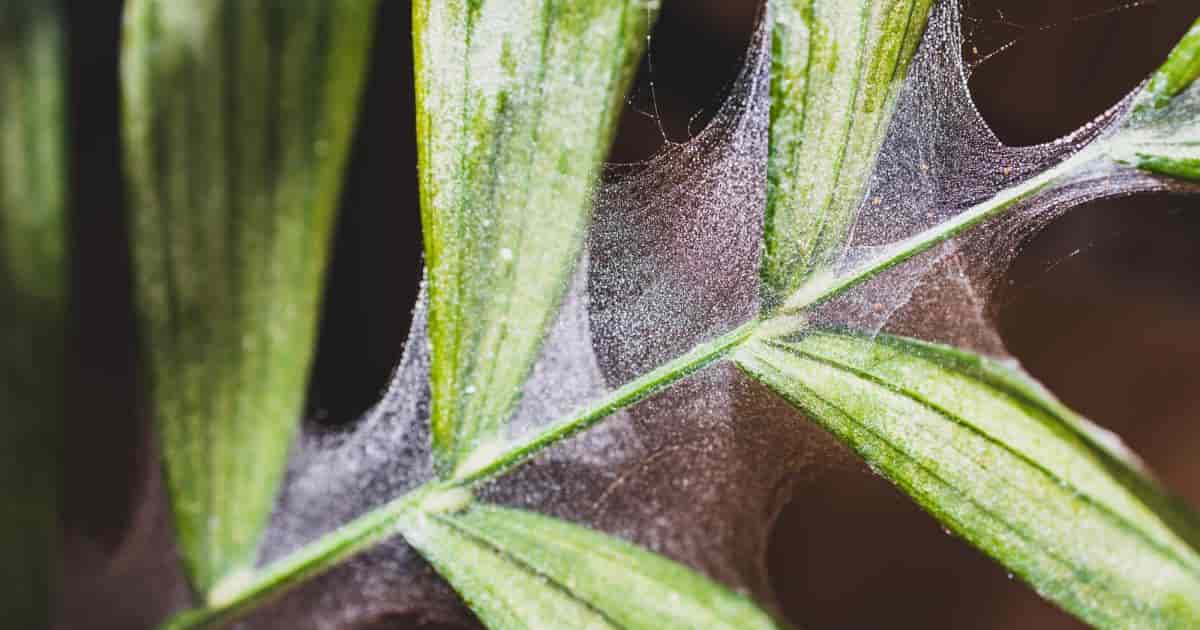