How To Get Rid Of Spider Mite On Succulents

It’s probably happened to you before, and you thought nothing of it. But seeing messy webs on your plants might not be as innocent as you first thought. The webs might not be the work of spiders at all.

Webs appearing on your plants could instead be the work of spider mites, and the damage they can do to plants – especially succulents – should not be taken for granted.

Having spider mites on your succulent can lead to significant health problems or even the death of your plant.

Here’s what you need to know about spider mites and how to deal with them when an infestation appears.

What Are Spider Mites?

Despite the name, spider minutes aren’t spiders. They are arachnids in the family Tetranychidae, and there are around 12,000 different species worldwide.

They prefer to live on the undersides of leaves, which are more challenging for predators to find.

Like spiders, they can create silk, which they use for protective netting, and build bridges between leaves to make travel easier.

You won’t notice the mites, as they’re less than .04″ inches in size. However, it doesn’t take long to see their damage, as an egg hatches in as little as three days, and the mite can reach sexual maturity as soon as five days later.

Considering a single female can live up to 4 weeks and can lay 20 eggs daily, population explosions happen very quickly.

Spider mites have a beak that they use to pierce the flesh of a leaf and drink the sap.

As plants lose more sap, they can also lose chlorophyll.

For succulents, which tend to store water in their leaves (although some store water in particular organs elsewhere), this can severely weaken the plant and may lead to disease or even plant death.

Some signs of spider mite damage include wrinkled or shriveled leaves and small brown spots forming ringed in yellow.

Different species are known to attack other plants or groups of plants, although a spider mite will attack most plants if they don’t have access to a preferred species.

Getting Rid of Spider Mites

So you have spider mites and know the damage they can do to your succulent, but what now?

The good news is that there are many ways to eliminate spider mites, some of which even help to prevent them from returning.

There are a lot of chemical pesticides out there that will work on spider mites.

Perhaps the most popular of these is a series of pesticides known as acaricides, which are designed to target ticks and mites.

Unfortunately, while initially effective, mites can quickly develop a tolerance against acaricides.

If you choose an acaricide, follow the instructions carefully and use different brands or formulas for each application.

Unlike chemical pesticides, insecticidal soap is often all-natural and doesn’t create resistance with frequent use.

These soaps work on contact, destroying insects’ cell membranes without harming the plant itself.

While generally effective and able to kill both spider mites and many insect pests, this particular remedy should be used indoors, as outdoor use can kill predatory mites.

Of all the possible treatments for spider mites (and other piercing or chewing insects), neem oil is perhaps the best.

Non-toxic to humans, pets, and most non-aquatic wildlife, neem oil is a natural extract of the

Pests cannot build resistance to it so you can use this product frequently without risk.

However, you should be careful about using it near inhabited water features and only use it at dawn or dusk, so you won’t risk harming beneficial insects.

You can create neem soil soaks with pure neem, neem foliar sprays with clarified oil, or neem cakes as a pesticidal fertilizer.

Of these, the best option is a neem soil soak, which remains effective for up to 22 days after application.

To make the soil soak, you must first create an emulsion by mixing one teaspoon of either Dawn dish liquid or pure castile soap with a quart or gallon of lukewarm water.

Always aim for distilled water, natural rainwater, or even filtered tap water, but don’t use straight tap water as this isn’t good for plants.

The soap breaks water’s surface tension, allowing it to be blended with oil.

Next, add one teaspoon of 100% cold-pressed raw neem oil per quart (or two tablespoons per gallon) to your emulsion.

Using the soil soak is easy, but you will want to do it when it’s time to water your plant and test the soak on a tiny portion of your plant 24 hours beforehand to make sure it isn’t sensitive to neem.

When watering your plant with the soak and dry method, use the neem soil soak instead of straight water.

The roots absorb the neem, becoming a systemic insecticide that kills piercing or chewing insects yet won’t harm beneficial insects – and can even fight off some bacterial and fungal infections.

Valid for outdoor and indoor plants, the neem disrupts a pest’s ability to reproduce and even makes them think they’re not hungry, thus starving them.

It can take two weeks to start seeing results, but it will decimate the spider mite population without any risk of superbugs.

Reapply every three weeks as a preventative.

Finally, let’s look at an outdoor (or greenhouse) method that’s all-natural and works as both a preventative and a means of eliminating a spider mite infestation – beneficial insects.

Ladybugs and parasitic wasps are among the best-known pest hunters, but did you know some mites will prey upon spider mites?

The Phytoseiidae family of mites consumes spider mites at all stages of life.

For example, a single Phytoseiulus persimilis can consume five adult spider mites or 20 eggs per day.

You can order predatory insects online but need to provide plants that hold their interest to keep them in an outdoor garden, or they’ll eventually depart for other hunting grounds. 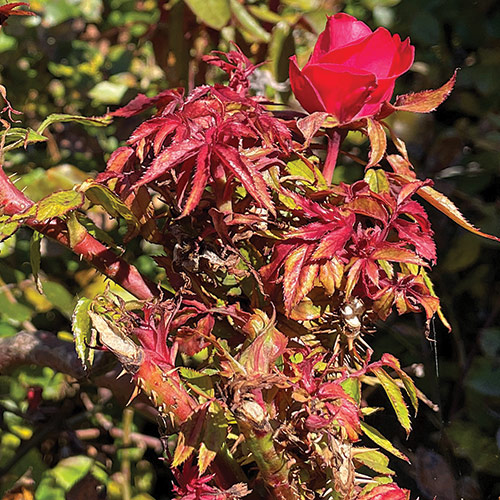 Gall Mites: Identifying, Damage, and Control in the Home Garden 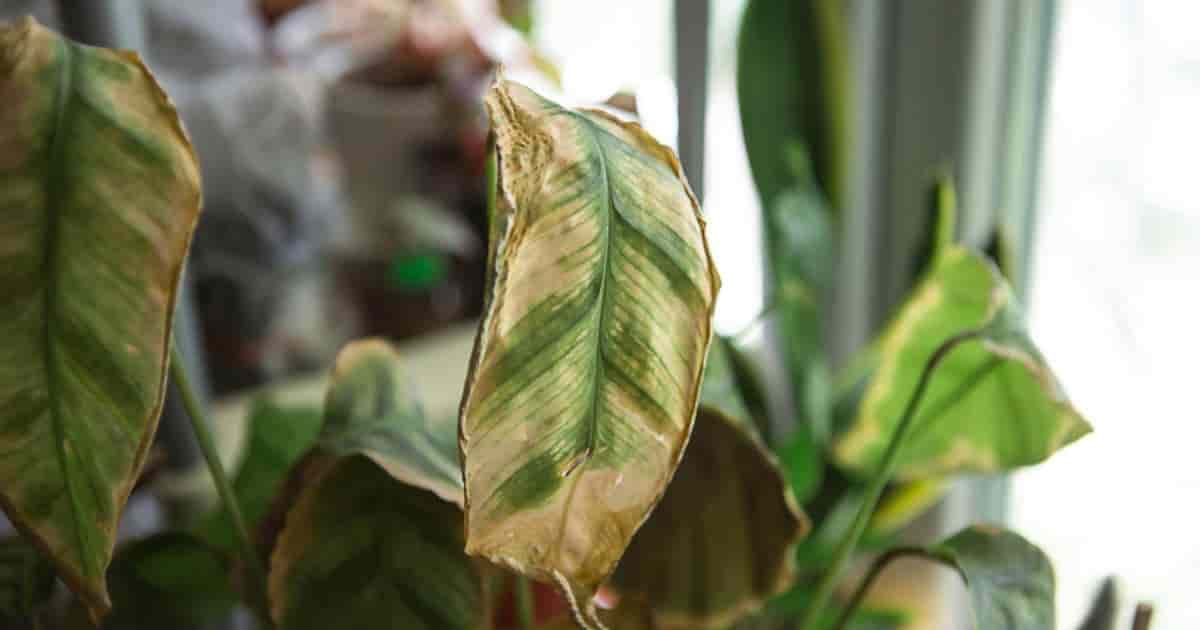 How To Get Rid Of Spider Mites On Calathea Plants 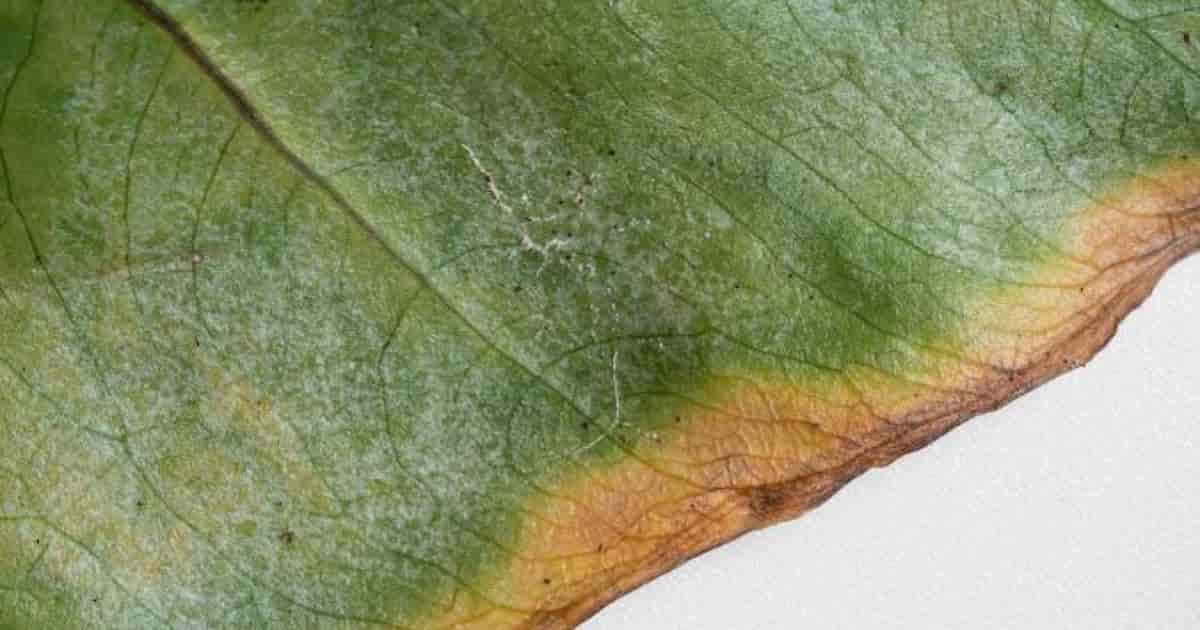 The Best Robinhood Alternatives for Your Money