Home Health 5 Myths About Acne and Diet That We Can Stop Believing, According to Science
Health

5 Myths About Acne and Diet That We Can Stop Believing, According to Science 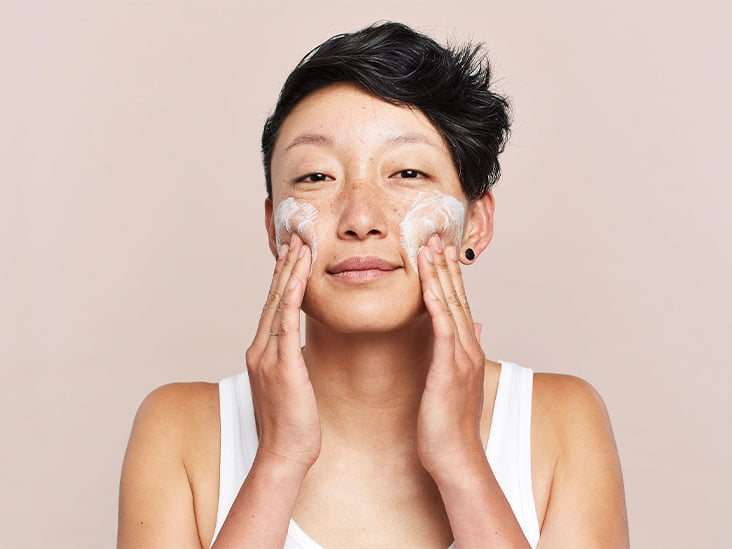 Acne is an inflammatory skin condition that affects most people at some point in their lives.

Whether you have the occasional pimple or experience major breakouts, you’ve probably wondered what you can do to stop those red (and sometimes painful) bumps from popping up.

Many factors to acne, including hormones, genetics, environment, skin products, medications, and certain health conditions. What you eat may also play a role.

The best treatment for acne depends on a number of individual factors, and it sometimes requires working with a healthcare professional such as a dermatologist.

However, with a quick internet search, you’ll find lots of suggested ways to try to heal your acne — many of which are not backed by science.

This article breaks down 5 acne myths that we can finally leave behind.

If you experience adult acne, you’re not alone.

Acne as hormones change. Certain hormones cause an increase in sebum (oil in the glands of the skin), as well as increased skin cell growth. These two factors, in combination with the buildup of old skin cells, in acne.

For many people, acne peaks during puberty, but it can continue throughout adulthood, when it’s colloquially known as . Some people have late-onset acne, or acne that begins after age 25, though that may be less common.

Adult acne can be hormones and endocrine disorders, genetics, stress, cosmetic use, tobacco use, diet, and certain medications, among other factors.

The treatment for both teen and adult acne varies depending on the severity and the suspected cause. It’s a good idea to work with a healthcare professional to determine the best treatment for you.

Breathe a sigh of relief, because you probably don’t have to give up chocolate to avoid acne.

The research on whether chocolate causes or worsens acne is, at best, conflicting.

One small study of college students found that consuming chocolate had a greater association with acne than consuming jelly beans did, but that doesn’t prove that chocolate causes acne.

Another among 14 young adult men described as “acne-prone” found that taking cocoa tablets was associated with slightly worse acne. But this study isn’t enough evidence for us to draw any conclusions, either.

That’s especially true because has shown no connection at all between consuming either chocolate or cocoa-containing products and developing acne.

For one thing, because chocolate contains ingredients such as sugar and milk, which to skin conditions in some people, it’s difficult to tease out whether chocolate is the true culprit.

Additionally, most studies evaluating links between diet and acne in general are small, and researchers cannot control the participants’ environments, such as other foods they eat, medications they take, or behaviors they engage in that could contribute to their acne.

However, has shown that people who consume a diet high in refined carbohydrates and added sugars are more likely to experience acne than those who don’t.

Older research suggests that foods with a high glycemic index (GI) — which cause your blood sugar to spike quickly after you eat them — could contribute to acne. But most studies about the role of GI in acne development are small, and the findings .

There also appears to be a between diets high in sugar and inflammation. Because acne is an inflammatory condition, it’s possible that consuming a lot of chocolate (and therefore sugar) could increase the number of pimples you experience.

Overall, research doesn’t support the hypothesis that chocolate itself causes acne. But if you think you’ve noticed increased acne after eating chocolate, consider switching to dark chocolate, which is lower in added sugar than milk chocolate or white chocolate.

There has long been controversy about whether eating dairy causes acne, and research is still emerging.

“It’s suggested that certain types of dairy may contribute to acne. This is likely due to dairy increasing insulin secretion and IGF-1 levels, which can lead to increased levels of androgen hormones and sebum production,” Jillian Greaves, MPH, RD, LDN, an integrative and functional dietitian, told Healthline.

Many observational studies have explored the relationship between acne and different types of dairy, including milk of various fat contents, cheese, and ice cream. These studies have yielded inconsistent conclusions.

of 14 observational studies found that drinking one glass of milk per day was linked to increased acne, but drinking 2–6 glasses was not.

These findings call into question whether the increased acne is due to the dairy or to something else that people who drink less milk might consume.

Another meta-analysis of observational studies suggested a relationship between acne and all types of milk but not cheese or yogurt.

It’s important to note that although observational studies suggest a correlation (relationship), there’s not enough, or the right type of, data to suggest a cause-and-effect relationship.

Many of the studies on dairy and acne rely on people recalling what they have eaten — which can be a flawed method of data collection — and on subjective assessments of how severe the acne is.

So, while dairy may be problematic for some people, the link isn’t as straightforward as people often make it out to be. We need more high quality research into the potential relationship between dairy and acne.

If you often notice that your acne gets worse a day or two after you consume milk or chocolate, you may want to work with a registered dietitian to remove one of those foods from your diet for a limited time and see whether your acne improves.

If acne is a result of oil overproduction in the sebaceous glands, then eating oily foods must increase acne, right?

It’s not that simple, but the myth persists. In of people with acne, 71% said they thought that greasy and fried foods cause acne.

The truth is, there has been no research to show that greasy or fried foods cause acne or make it worse.

“Food itself is rarely ever the cause of acne alone, but certain foods might be amplifying underlying dynamics like blood sugar issues, inflammation, or gut imbalances that are driving acne on a deeper level,” Greaves said.

Diets that include a lot of fried or greasy foods inflammation, which to acne. However, eating the occasional burger and fries probably isn’t going to lead to a breakout.

If fried foods are a large part of your diet, you may unintentionally eat them in place of healthy fats such as omega-3 fatty acids. These healthy fats lower inflammation, meaning they could potentially help decrease acne.

You are likely better off focusing on adding nutritious foods to your diet than on trying to completely eliminate favorite foods. (Check out these 12 sources of omega-3s for inspiration.)

An important caveat: If you eat greasy foods with your hands and then touch your face, the oil from your food may clog your pores and contribute to acne. Be sure to wash your hands before touching your face.

Although the internet may try to convince you otherwise, going gluten-free is unlikely to lead to clear skin for most people.

Celiac disease, an autoimmune condition that requires following a strict gluten-free diet, an increased risk of some skin conditions, such as eczema. But research has not shown a strong connection between celiac disease and acne.

In addition, no evidence suggests that there is a link between gluten and acne or that giving up gluten will clear up acne in people without celiac disease.

A gluten-free diet can be difficult to follow, and doing so unnecessarily could increase stress. Since stress to acne, this may actually worsen acne.

Plus, avoiding gluten without a medical reason nutrient deficiencies, obsessive thoughts about food, and eating disorders such as orthorexia nervosa.

So, if you want to promote clear skin, skip the fad diets and focus on establishing a balanced eating pattern that includes all the foods and food groups you enjoy.

Acne affects most people at some point in their lives, including in adulthood. Myths abound about potential dietary causes of acne, but there is not enough clinical research to back them up.

On the other hand, there does not appear to be a connection between gluten or greasy foods and acne.

While there is a relationship between diet and skin conditions such as acne, research suggests that overall dietary patterns matter much more than individual foods. Focus on following a nutritious eating pattern that includes all the food groups and foods you enjoy.

If traditional acne treatments aren’t helping, consider working with a dermatologist or registered dietitian to explore potential dietary triggers. They may recommend temporarily eliminating foods that you think are triggering your acne to see if that helps. 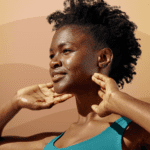 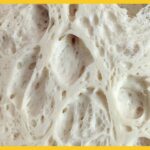 What Is Gluten — What Foods Have Gluten