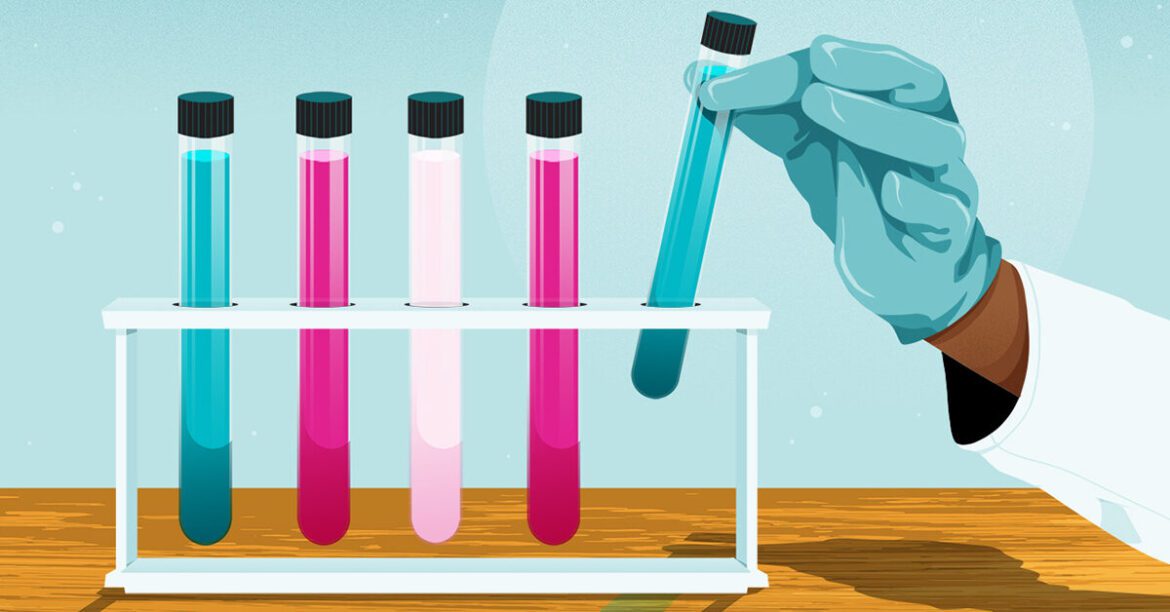 There has been a long history of pathologizing and colonizing gender, as well as transphobia structurally placed within society.

The way trans people are treated throughout healthcare and insurance systems in the United States often reveals how marginalized and sidelined transgender and other minority groups are.

These gaps in healthcare reveal so many ills about the medical industrial complex. Recently, a group of transgender people working in HIV research and public health illustrating the harmful methods that current research often uses, asking for further research to benefit the lives of trans people.

We hope that medical organizations continue to better themselves and create more opportunities for comprehensive medical research regarding transgender people.

But while that research is in the works, you may still have a lot of questions about how you fit into clinical trials as a trans person. So we’ll look at the relevant history, the latest research including trans people, and how it can apply to you.

There is a long history of neglecting and misrepresenting transgender people throughout medical history. Much of this trend continues into recent decades.

In 1993, a group of University students at the Clarke Institute of Psychiatry in Toronto conducted a on the “perceived attractiveness of boys with gender identity disorder.” This shows ill-conceived ideas about gender at best and transphobia at worst, misgendering the trans girls or transfeminine children in the study.

Similarly, in 1996, the of researchers “judged the physical attractiveness of girls with gender identity disorder and clinical and normal control girls” to show that trans boys or transmasculine children had received less attractive ratings.

First, there is no need to rate children’s attractiveness at all. Second, the implication that transgender people transition because they were unattractive cisgender (cis) people is a dangerous concept.

Then there’s , asking more questions on why and how transfeminine children exist in the first place by insinuating that they exist because of their mother’s mental illness.

Not only does this contribute to the ongoing stigma of mental health conditions, but it also implies the offensive notion that traumatic events cause someone to be transgender. This is just one example of how being transgender has been historically treated as an affliction or pathology to be fixed — not just one of the many ways gender is expressed by humans.

A lack of understanding of gender identity can also lead to flawed research.

These comparisons are misleading because many trans people undergo HRT as part of their transition, which will cause their bodies to react in a way that’s more similar to that of a cisgender person of the same or similar gender.

Thankfully, the tide is starting to turn in clinical research. More trans people are not only involved but are often designing and heading the research being done.

The information learned in recent years has been able to improve the healthcare of millions of trans people around the world.

You’ll see many of these studies referenced in this article. Some excellent examples of recent studies of the community:

According to , a million people identify as transgender in the United States. And many of them have participated in the aforementioned studies and ones we’ll be referencing later in this article.

If you would like to get involved, visit ClinicalTrials.gov to learn about ongoing scientific studies that are focused on transgender health.

Because it can be so hard to find information, a majority of trans patients’ knowledge about HRT comes not only from their clinicians but from anecdotes and personal experiences they hear of other trans people. Susan’s Place, for example, has been a resource for a lot of questions trans people might have regarding social, legal, and medical transitioning from older trans people and trans peers.

Even I, a trans man, have learned from experience that an increase in testosterone can exacerbate already existing pelvic pain or painful cramps — and many other transmasculine people know this. This knowledge is addressed in “The GLMA Handbook on LGBT Health,” but that handbook isn’t readily available for most people.

There’s still a disparity in the quality and quantity of research done on transgender healthcare, and this is compounded by the different intersections of marginalized people within trans communities.

For instance, there are 1.2 million U.S. people that are nonbinary. While this is a large group of people, they are very rarely included in clinical studies that examine the effects of gender on different conditions.

For example, there is an increased risk of ovarian cancer in trans men, which may or may not involve the use of testosterone. Not only is this not well understood by current research, but trans men are usually left out of testing initiatives for ovarian cancer, which can be especially dangerous for this “silent” cancer.

Further research can only help us to better understand differences in bodies and illnesses, and how combinations of medications and existing treatments could improve everyone’s lives.

This won’t only help transgender people — though that should be reason enough — it will also teach us a lot about how the human body works.

Intersectionality is the best way forward

Much of the currently available research fails to consider the intersecting identities and the further marginalization that trans people experience.

For example, an overweight trans person will have a harder time accessing gender-affirming surgeries because of the BMI restrictions in studies, which is limiting and dangerous to patients’ health and safety.

Additionally, institutionalized racism how doctors and medical students perceive the Black community, leading to a missed diagnosis, incorrect diagnosis, or even death.

emphasizes the importance of cardiovascular comorbidities such as smoking, reduced exercise, diabetes, and non-Caucasian ethnic origin, all of which were seen in higher numbers in the transgender population. It’s a great example of how intersectionality helps create a more accurate picture of these demographics.

More work must be done to analyze the care between trans People of Color and white trans people, and the various risk factors that might change between them.

As we’ve said throughout this article, the more research that can be done on this topic, the better — there’s a lot we still don’t know. But recent research has taken a closer look at how trans and cisgender people may be affected differently by various conditions.

For instance, whereas most cis women expect a decrease in bone density as they age, transgender women have their bone density improve from HRT.

This is similar to the way HRT can benefit cisgender women after menopause. Transgender men, however, see a change in their bone density.

In regards to cardiovascular health, there are some conflicting studies.

suggests trans people appear to have an increased risk of cardiovascular disease, heart attack, and stroke — but it wasn’t clear if this was due to HRT or a social side effect from increased stress and discrimination.

The latter may be more likely — a more recent study from 2022 found no increased risk in any of those categories in transgender men.

When it comes to the risk of developing type 2 diabetes, while transfeminine people may be at a higher risk compared with cis women, the corresponding difference relative to cis men isn’t discernable. Moreover, there’s little evidence that type 2 diabetes occurring in either transfeminine or transmasculine persons is attributable to HRT use.

If you’re a trans person and have concerns about how HRT may affect any of your health conditions, consult a doctor or other healthcare professional if possible.

Though there are some general risks and side effects (keep reading to learn more), a clinician should be able to discuss them with you and help you find options for treatment that are best suited to your individual needs.

While more research needs to be done, there are for HRT in trans people compared with cis people. Overall, it depends on the person receiving HRT.

Most medical researchers and specialists recommend that people using HRT get regularly screened after 5 years on HRT for any of the risks posed to them — such as vaginal atrophy, breast cancer, polycythemia, and decreased liver function.

That’s because, comparatively, 5 years is the same amount of time a cisgender person would experience puberty and begin adult physical development.

Generally speaking, most people are expected to visit a clinician every 3 months during their first year on HRT and then every 6–12 months following.

During these exams you’ll undergo bone density tests, blood tests, Pap smears, cervical screenings, mammograms, and other tests to measure your overall health and your transition.

Trying to understand your health and medical conditions as a trans person can be a frustrating and isolating experience. It may be difficult or impossible to find medical research that includes us in the findings.

While the exact information for your demographic may not be available, it can be helpful to know how HRT might affect your body.

Most of the time, transgender people are told by clinicians that the side effects of hormone therapy will mimic that of their cisgender peers going through the same bodily hormone transformations.

But there are some ways in which your risk factors may be different. Here are some general side effects of HRT that you may want to be aware of:

Some of the best research being done is through community-based organizations.

Community-based research can be a better approach to research involving minority groups because it’s an equitable partnership involving community members, organizational representatives, researchers, and others in all aspects of the research process.

A great example of this is a 2021 report on health research priorities in trans and nonbinary communities across four different U.S. states done by the Howard Brown Health’s Center for Education, Advocacy, and Research.

You can personally get involved in clinical trials and have a voice by participating in college and university studies, the Pride Study, and by asking any local clinic, doctor’s office, or hospital about available research opportunities.

You can also search ClinicalTrials.gov for any studies that are currently looking for participants.

Make sure to always discuss any possible trials with your primary healthcare professional before applying, especially if it would alter any of your existing medical treatments.

Trans people’s healthcare is often stigmatized, sensationalized, or disregarded by most health institutions. Trans people can be further marginalized by doctors and the problematic systemic structures that surround them.

Some of the main areas that need additional research include the long-term effects of HRT on trans people, the best medical treatments for trans people, and the intersectional effects of their other disabilities, illnesses, and factors that may complicate their quality of life.

Most importantly, minority communities need to have a say in the research being done on them.

Ideally, trans people would be involved in all levels of planning, performing, and communicating the findings of the studies. We’re starting to see this more and more in modern scientific studies.

While this research is still new, the latest studies show that undergoing gender-affirming hormone treatments for at least 5 years aligns your body more closely with that of cisgender people. This will affect a lot of things, and your risk factors for various conditions and diseases are part of that.

If you have concerns about your changing risk factors, consult a doctor or other healthcare professional. Everything You Need to Know About Gender Affirming Care 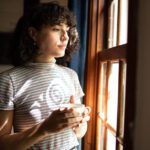 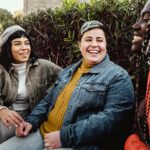 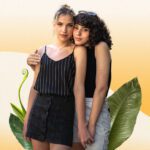 14 Surprising Facts About the Internet’s History