Home » What Is White Fragility? Plus 5 Key Steps for Overcoming It
Health

What Is White Fragility? Plus 5 Key Steps for Overcoming It 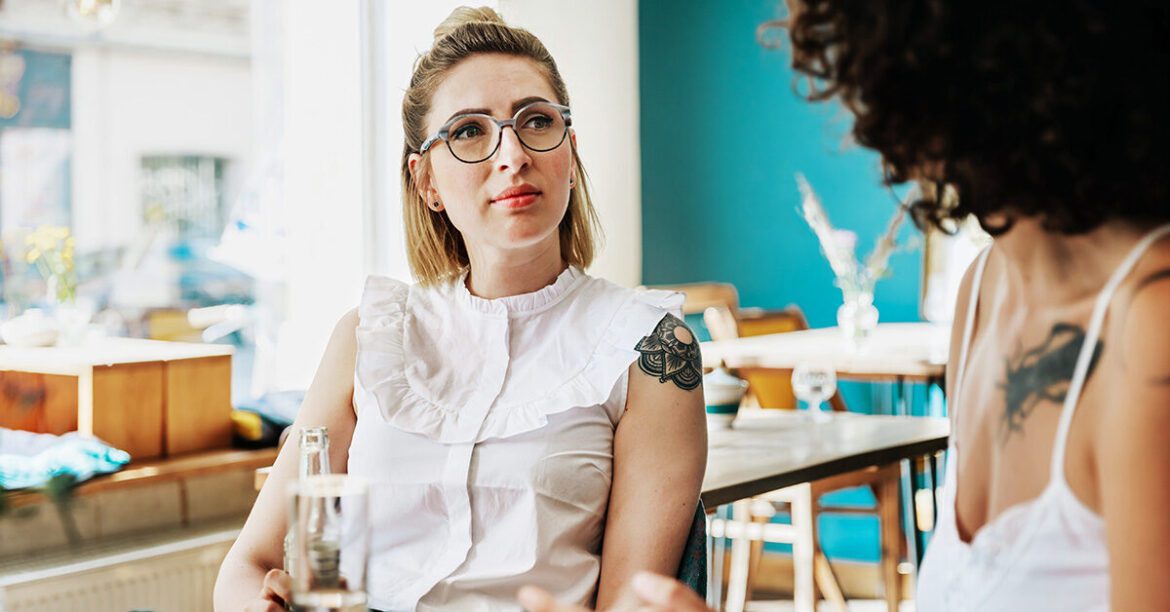 White fragility refers to the defensiveness, denial, and invalidation that characterizes some white people’s responses to the mention of racism.

Even an indirect accusation of racism could leave you feeling shaken and misunderstood. You might express these feelings by:

These expressions of fragility aren’t racism, exactly, but they’re still harmful. They center your feelings and remove the focus from others’ lived experiences of racism. White fragility gets in the way of productive discussions and prevents real learning and growth. In the end, it can reinforce racism, which causes deep and lasting harm.

Conversations about racism can range from tense to exceedingly uncomfortable, but they’re a necessary part of becoming anti-racist. The tips below offer a starting place to navigate that discomfort and begin working toward true allyship.

Professor and diversity consultant Robin DiAngelo brought the concept of white fragility into public awareness in “White Fragility: Why It’s So Hard for White People to Talk About Racism.”

She describes it as a manifestation of an internalized white superiority, a method of regaining and maintaining control in discussions about race.

During a class lecture, a Black classmate points out that the American education system is, at its core, a racist institution. “White students have a jump on success simply by being white,” they say, “but being Black means facing more barriers to learning. We lose points from the start.”

We’ll return to this example later but for now, let’s focus on your emotional reaction.

Your classmate implied that your whiteness grants you privileges they don’t have — that you benefit from an oppressive system.

Maybe these facts triggered some feelings of denial, defensiveness, annoyance, or even guilt. To accept their words, you’d need to unpack your privilege and recognize the ways racism benefits you, and that’s an uncomfortable thought.

Because you believe everyone’s equal and that skin color doesn’t matter, you find it tough to consider the idea that you could be racist or benefit from racism.

So, you remain silent and wait for the topic to change.

If so, you may be grappling with white fragility.

White fragility stems, in large part, from an incomplete understanding of racism, according to DiAngelo.

Plenty of well-meaning people do consider racism bad and wrong — a word to whisper in a hushed tone and avoid implying at all costs. They might define racism as:

But racism goes beyond individual thoughts or feelings of prejudice and discrimination. It also involves:

In the U.S., many white people have a limited view of racism. This is understandable, considering how most white U.S. students learn about racism.

At school, we learn about Dr. Martin Luther King Jr., Rosa Parks, the Trail of Tears, and school segregation. We learn about the World War II internment camps for Japanese Americans. We watch “Mississippi Burning” and read “To Kill a Mockingbird” and feel sad, even horrified.

But then we look around the classroom and see classmates with different skin colors. We take this as confirmation of progress and feel reassured that “things are so much better now.” (Of course, the numbers of Black and Indigenous men killed by police make it pretty clear that things aren’t, actually, that much better.)

We grow up. Barack Obama is elected president — twice — which makes some people feel like the U.S. can’t be racist. After all, we had a Black president.

Racism goes well beyond blatant acts of hatred. It lurks in:

Think back to the example scenario above about a classmate saying the education system is racist.

The pervasive inequalities deeply scored into the U.S.’s education system still exist despite the end of segregated schools. Systemic racism continues to shape nearly every aspect of education today, from textbooks to classroom discipline to overall outcomes for Students of Color.

If society is a tangled ball of yarn, these system-level inequalities are the knots at the center of the tangle. Pick them apart, and the yarn smooths out, allowing you to wind it and create something new. But while removing the tangles can lead to improvement, the process requires dedicated effort.

What if removing the knots feels like too much work? You don’t know where to start, so you leave the yarn alone. Or maybe you pick it up and unwind a bit, then put it back down when the task feels too frustrating.

Yet overcoming white fragility (picking apart those knots, so to speak) benefits everyone: There’s no denying the fact that systemic racism in the U.S. primarily and most heavily affects Black people’s health and well-being. That said, everyone feels the impact, as Heather McGhee explains in “The Sum of Us: What Racisms Costs Everyone and How We Can Prosper Together.”

There’s no shame in finding racism a difficult topic to tackle, especially if you’ve never spent much time thinking about it before. It’s a deeply complex and painful subject.

If you find racism distressing, that speaks to your empathy. Still, becoming anti-racist means talking about racism and exploring your own privilege and unconscious biases — even when this prompts uncomfortable and upsetting emotions.

Try to keep in mind that any discomfort you feel when considering racism is likely no more than a faint shadow of the distress felt by people who experience racism.

Moving past white fragility to a place where you can de-center your feelings and have an open conversation requires a little self-reflection and self-awareness.

One helpful step? Taking some time on your own to sit with those feelings as soon as you become aware of them.

In other words, you don’t have to wait until the heat of the moment, when a situation has already become tense. It’s often easier to confront difficult feelings in private, when you feel calm rather than frustrated and overwhelmed.

Doing the work ahead of time, on your own, can help you prepare for difficult conversations before you have them. These steps can help:

This exploration can help you uncover the ways white privilege shows up in your day-to-day experiences and interactions — even the basics of life you take for granted.

When talking about racism, you may not always know what to say. But you don’t need to have a perfect script.

In fact, you don’t need much more than respect, some humility, and a willingness to listen and learn. Keep in mind that in this particular conversation, listening is the best thing you can do.

Here’s how to practice active listening.

That makes it even more essential to listen to People of Color and center their voices.

You might already know you shouldn’t expect People of Color to educate you about race, and it’s true that no one owes you an explanation or education. But that doesn’t mean you can’t have meaningful discussions with people willing to share their experiences and perspectives.

Back to that example scenario once again: What if you had said, “I never realized that. Could we talk about that some more?”

That might have sparked a valuable discussion — one where you, and many of your classmates, gained some knowledge.

Other ways to listen:

Working toward authentic allyship also means having conversations with other white people.

This might involve pointing out racist, privileged, and ignorant remarks. But it also means humbly accepting feedback when others draw attention to your biases.

Not everyone finds the concept of white fragility helpful.

At the end of the day, it may not matter so much what framework or terms you use to explore racism. What matters is that you do, in fact, explore it.

Say your roommate shares that her grandmother was forced to attend an American Indian residential school.

Crying and apologizing for “everything white people have done to you” may not lead to much productive conversation, since your distress effectively upstages her pain.

At other times, however, a sincere apology does have value.

Maybe you ask to see her “tribal costume” and she tells you how offensive that is.

You might say, “I’m really sorry. I don’t know what it’s called, but I’d like to learn more about your culture, if you’re willing to share.”

Anytime someone — especially a Person of Color — says, “that’s racist,” it’s wise to take their words at face value and apologize.

Even if you didn’t mean any harm, the impact of your words can easily overrule the intent. Admitting you made a mistake may not feel pleasant, but it can do a lot to promote authentic, open conversations.

Not sure how to apologize the right way? Our guide can help.

Challenging feelings related to white fragility head-on will likely require some effort. As with most exercises, though, you can’t build up your strength without practice.

You may never find it easy to discuss racism. It’s not an easy topic, after all. Still, practice can pay off — not only for personal growth, but also for finding actionable ways to work toward becoming an anti-racist ally.

In search of more resources? Get started with these:

Crystal Raypole writes for Healthline and Psych Central. Her fields of interest include Japanese translation, cooking, natural sciences, sex positivity, and mental health, along with books, books, and more books. In particular, she’s committed to helping decrease stigma around mental health issues. She lives in Washington with her son and a lovably recalcitrant cat.

Key Benefits to Take Advantage Of