Home » What to Know About Lyme Disease, Because It’s on the Rise
Health 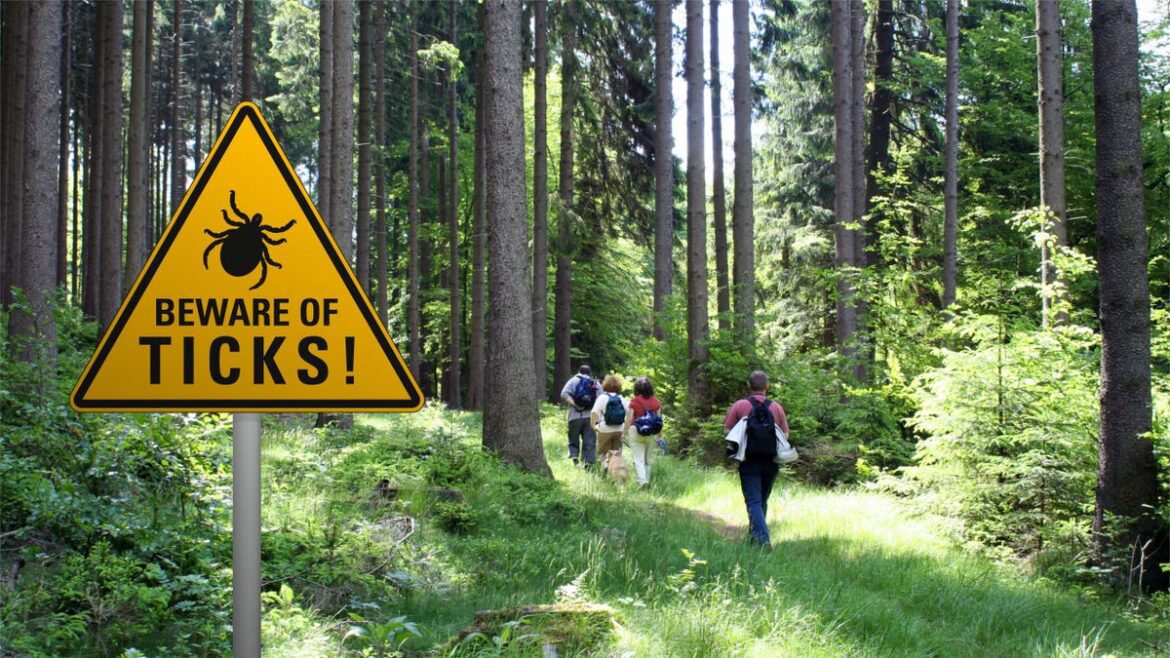 Lyme, the most famous tickborne disease, is growing more common than it used to be—at least judging by health insurance data that includes Lyme diagnoses. Our friends at Gizmodo recently covered new data about the (sorry) uptick, which roughly aligns with CDC estimates. So what do you need to know to keep yourself safe and healthy?

What is Lyme disease?

Lyme is caused by a bacterium, Borrelia burgdorferi, which is carried by blacklegged ticks, Ixodes scapularis. This means that the disease can occur after a bite from a tick. In many cases (but not always) a bullseye rash will develop around the tick bite.

Symptoms can include fever and chills, and later on, other symptoms. Some of these include arthritis with joint pain and swelling, headaches, facial paralysis, heart palpitations, and tingling, numbness, or shooting pains in the hands and feet. The CDC has more details on symptoms here.

Lyme disease can be treated with antibiotics, but some symptoms may persist even after treatment.

How can I prevent Lyme disease?

Preventing the disease is mostly a matter of preventing tick bites. The major defenses here are DEET on your skin, permethrin on your clothes, and checking for ticks after you’ve been outdoors if you live in an area where Lyme is common. Ticks usually crawl around on you for a while before they bite, so if you can find a hitchhiker before it attaches, you can brush it off (or wash it down the drain in the shower) to prevent the bite.

The ticks that carry Lyme disease don’t just prey on humans; they also feed on the blood of deer, rabbits, mice, and other wildlife. (We have more information here on how ticks find and bite you, if you’re curious.)

Who can get Lyme?

Lyme is most common in the northeastern U.S., from West Virginia northward into New England; and around the Great Lakes area, including Minnesota and Wisconsin. The ticks that carry the disease are expanding outward from this area, so you may also get Lyme if you live in a nearby region, or if you have recently traveled to an area where Lyme is endemic.

What is the treatment for Lyme disease?

The short answer is: antibiotics. Borrelia burgdorferi is a bacterium, and it can be killed by a course of antibiotics, typically doxycycline. Depending on where you live and how common Lyme is, your provider may want to test you for Lyme disease before prescribing treatment, or they may assume you have it and just write you a prescription to be safe. Not all tick bites result in Lyme disease.

Sometimes symptoms may persist after treatment, in what the CDC calls post-treatment Lyme disease syndrome (PTLDS). The bacteria are gone, but they may have triggered an autoimmune response that is still ongoing, leading to ongoing pain, fatigue, and brain fog. That’s what seems to happen, anyway; the syndrome is still not well understood.

Is Lyme disease a gift from the universe?

Recently a podcast clip has been circulating in which two influencers discuss the idea that Lyme disease is “intergalactic” in origin and that contracting the disease is “a gift.” These are not, shall we say, scientifically accepted theories.

Attributing a broad array of symptoms to a chronic version of Lyme disease has become a cash cow for so-called “Lyme literate” healthcare providers, and some celebrities and influencers have embraced being a Lyme disease patient as part of their identity.

This can lead to courses of expensive treatments, including long-term antibiotic treatments, supplements, IV treatments, and other therapies that mainstream medicine would consider inappropriate for Lyme or PTLDS and which may actually be dangerous. If you suspect that you have Lyme disease, see a doctor or provider you trust, and be wary of attempts to put you on pricey long-term treatment regimens.

Why Meghan McCain Says Joy Behar Made Her Leave The View

Why People Are Spending Less on Video Games in 2022

Legalizing Cannabis at the Federal Level Could Benefit Public Health. Here’s Why