Why It’s Happening and What Parents Can Do 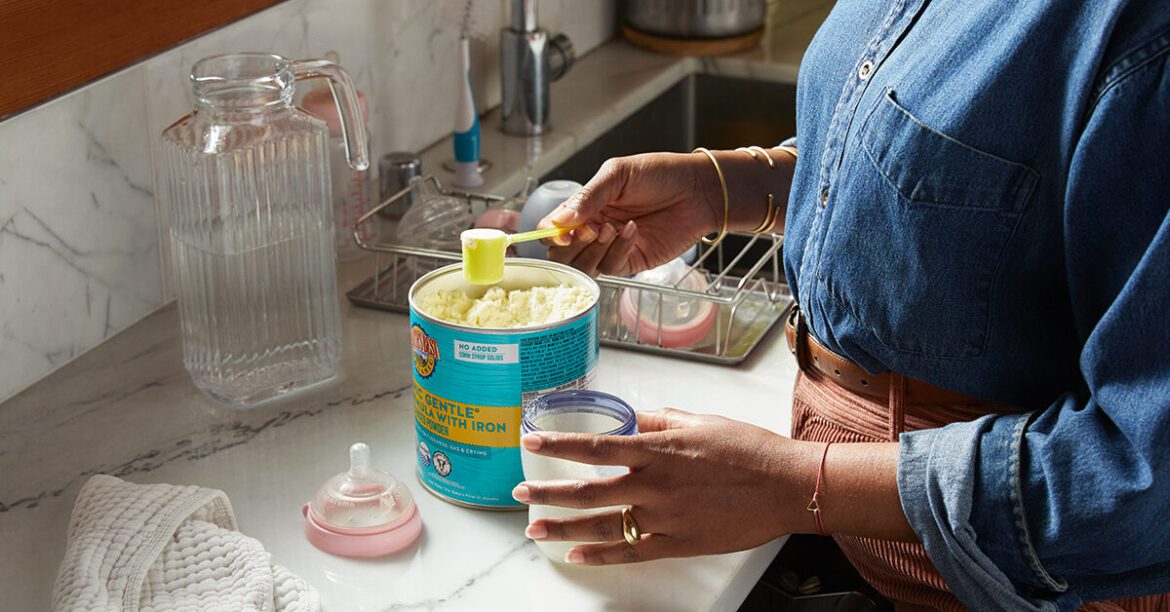 Over 40 percent of baby formula is currently out of stock across the country, according to Datasembly.

The issue behind the formula shortage is two-fold. First is the widespread supply chain issue due to the pandemic, which has affected everything from cars to Nutella.

To make matters worse, in February, the FDA closed Abbott Nutrition’s Michigan factory after Abbott voluntarily recalled brands of its formula. The formula was tied to a bacterial infection that was linked to the deaths of at least two infants.

Abbott produces Similac, a routine milk-based formula, as well as Similac Advance and other specialty formulas for babies with certain allergies.

President Joe Biden has invoked the Defense Production Act in an effort to ramp up production of infant formula amid the shortage.

The efforts include speeding up the production of infant formula and authorizing flights to bring in a supply from abroad.

This week the U.S. Food and Drug Administration (FDA) announced they have come to an agreement with Abbott.

Under a proposed consent decree, the company will take corrective actions proposed by the FDA, including having an independent expert review their facility operations and testing requirements.

This will allow them to reopen the closed factory soon.

In a letter to the Department of Health and Human Services and the Department of Agriculture, President Biden has instructed both agencies to help the Pentagon to identify formula from abroad that meets the standards of the U.S.

This is to be carried out over the next week.

Chartered Defense Department flights will then begin bringing formula to stock the shelves and fill the orders in the United States. This will help to close the gap until production can get back to regular levels at home.

The House of Representatives has passed two bills to address the shortage, as well.

One allows the Agriculture Secretary to waive requirements for the special supplement nutrition program for lower income women, infants, and children, which is known as WIC.

This bill requires formula manufacturers have contingency plans for protecting against supply disruptions.

The second bill is to provide an additional $28 million to the FDA to help pull recalled formula products off the shelves and enhance FDA inspection staff.

Both bills are headed to the Senate.

The FDA said in a Monday that they are also talking with other companies that make infant formula, including Gerber, about increasing production.

“Gerber has reported that it increased the amount of their infant formula available to consumers by approximately 50 percent in March and April and Reckitt is supplying more than 30 percent more product year to date,” the FDA said in the statement.

The FDA also they will take other steps to try and increase access to formula, including expediting certain certificates in order for formula supply from abroad to be sold in the U.S.

“This has led to parents struggling to find appropriate formulas for their kids. They are traveling out of their geographic areas and ordering products online, where not everything meets the same standards as formulas produced in the U.S.,” said Dr. Matthew Harris, who practices in pediatric emergency medicine, emergency medical services, and pediatrics at Northwell Health’s Cohen Children’s Medical Center in New York.

Rebecca Romero, RD, LD, CLC, on the clinical nutrition and lactation team at Nationwide Children’s Hospital in Ohio, said parents are having difficulty getting enough formula to feed their children.

“Due to the infant formula shortage, parents are facing the very serious problem of not having enough formula available to feed their children,” added Romero. “Many stores are having supply issues and parents are being forced to drive store to store to find their child’s formula. Additionally, we are seeing an increase in families preparing homemade formula or mixing foods not intended for infants with formula, which can be very risky and compromise the developing infant’s health.”

For children taking a specific formula, such as one for a milk protein allergy, experts recommend looking for a similar, alternative formula for what their child is currently taking.

It is important to select a FDA-approved formula, meaning it meets safety standards and is specifically designed to provide appropriate nutrition for infants. If parents are unsure of what product would be considered a safe alternative, they should talk to their child’s healthcare provider or dietitian for guidance,” said Romero.

Harris noted that other companies, like Enfamil, for example, or other U.S.-produced milk-based formulas have very little difference and would be considered safe to use as an alternative.

“As a father of an infant who has a milk protein allergy, which is very common, they cannot take standard formulas, which are all increasingly difficult to find in powdered form,” he said. “We have been successful finding liquid formulas on Amazon; however, these liquid-based formulas can be more expensive for families facing financial distress.”

While this is incredibly stressful for parents as they try to provide appropriate nutrition for their children, experts emphasize that parents should avoid diluting formula or ordering products from unknown online retailers.

“What we want to avoid is parents extending the life of the powder formula by adding water and diluting it,” said Harris. “That is not good for children because it causes low sodium, and that can lead to seizures, which can be life-threatening. Never dilute formula, hard stop.”

Another tip is to not order formulas from websites that may not deliver products certified in the United States. Formulas produced in the U.S. that use a typical 20 calorie-per-ounce, milk-based formula have very little difference from each other.

Harris also recommends double checking any Similac product that parents do happen to find to make sure it’s not part of the recall.

“There are still products on the shelves that are part of the recall that may not have been taken down,” he said.

The FDA has also issued warnings against using homemade formula since it isn’t regulated and can be contaminated or lack key nutrients.

In a 2021 warning, the FDA said some infants fed homemade formula were hospitalized due to low calcium.

“These problems are very serious, and the consequences range from severe nutritional imbalances to foodborne illnesses, both of which can be life-threatening,” the FDA said in the 2021 .

“As healthcare providers, we are aware of the severity of this shortage and how it is impacting families,” said Romero. “Providers are working closely with families daily to help provide support and guidance to ensure their children are receiving appropriate and adequate formula. Families should make sure to talk to their child’s healthcare provider or dietitian if guidance is needed.” 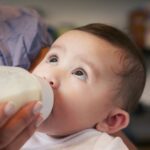 How to Navigate the 2022 Baby Formula Shortage 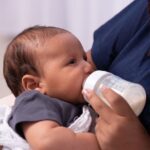 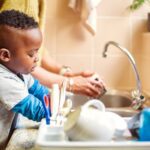 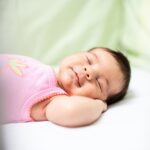 Owlet Baby Smart Socks Are Off the Market
Share 0 FacebookTwitterPinterestLinkedinRedditEmail

These 9 airports have the cheapest parking in Europe

Physicists Create ‘the Smallest, Crummiest Wormhole You Can Imagine’
15 mins ago
10 Morally Grey Sci-Fi Shows to Watch After ‘Andor’
20 mins ago
The 4 Best Free Christmas Music Apps for iPhone
1 hour ago