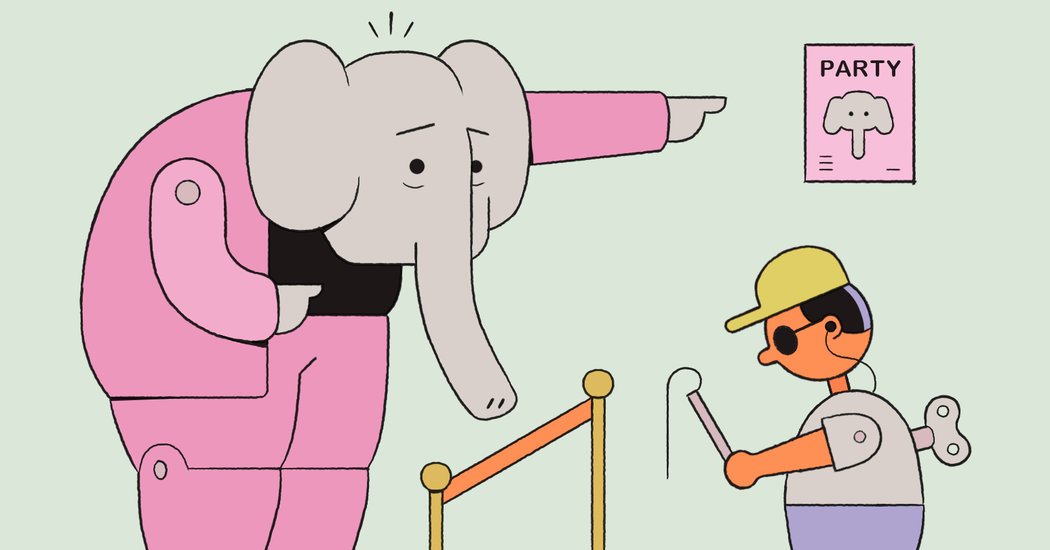 Those givers may have overestimated how much people wanted small animals. One 1910 police officer in Utah was given a raccoon as a “white elephant Christmas gift.” But by Dec. 29, The Ogden Standard reported, he was “trying to decide upon which particular friend to bestow the animal as a New Year’s gift.”

Other organisms may have been up for grabs, too. One Pennsylvania hostess told The Scranton Republican in 1908 that she was trying to cut down on women jokingly bringing their husbands to these parties and claiming that their spouse was “the biggest white elephant they had.”

By 1911, these gift exchanges, which The Fall River Daily Globe in Massachusetts assured readers were “great fun for either young or elderly people,” had become most commonly known as white elephant parties.

White elephants enjoyed a spike in popularity during the 1930s, when the Great Depression made any alternative to buying new gifts desirable. Newspaper mentions of the parties dipped in the ’40s — World War II may have contributed to a less frivolous, celebratory mood — but they experienced a resurgence in the ’50s, when the festive exchanges became a staple of auxiliary clubs.

By the 1980s, the tendency to re-gift at these parties led to them sometimes being called “Dirty Santa” gift exchanges: After all, a dirty Santa is one who has already been down a chimney or two. This label may have also been an indicator of the parties’ waning popularity. As one Christmas lover sniffed in 1983 to The Press and Sun Bulletin of Binghamton, N.Y., “No one likes a dirty Santa Claus.” Today, people may be more comfortable simply tossing, returning or donating gifts they know they won’t use rather than saving them for an exchange.

Accordingly, it’s hard to find people as excited about holiday gift exchanges as those residents of 19th-century Delphos. The Independent Record of Helena, Mont., remarked in 2006 that “the white elephant gift exchange has become a holiday tradition, if only in the sense that it’s one of the things you don’t necessarily like to do, but you keep on doing it anyway.” By 2009, the parties had, sadly, been dismissed in The Corvallis Gazette-Times in Oregon as “tacky and tasteless.” 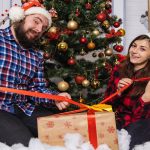