Home Life A New Refrain From Artists: We ‘Almost Gave Up on Instagram’
Life 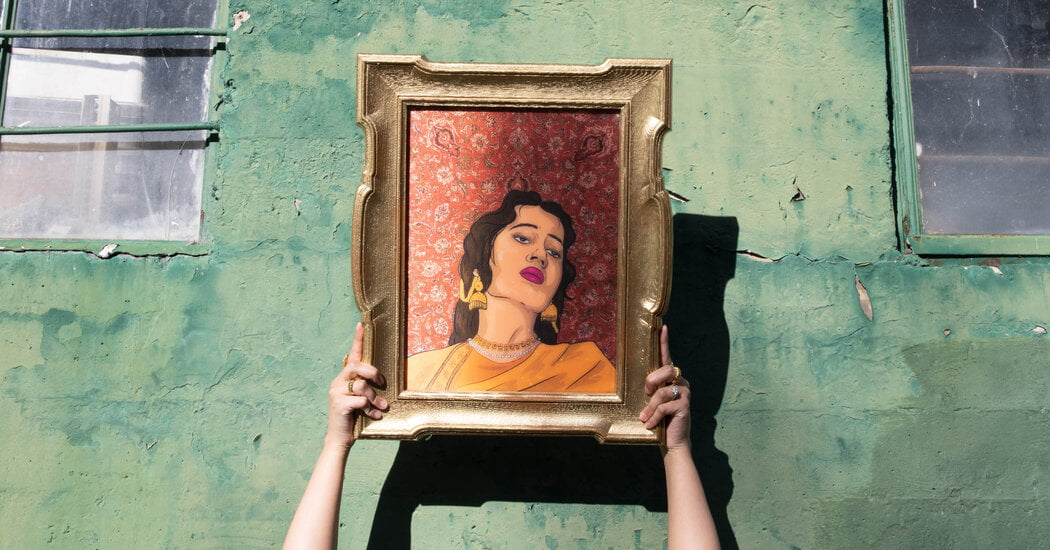 SAN FRANCISCO — Deb JJ Lee built a career in illustration on Instagram, one colorful comic at a time.

Some of the comics that Mx. Lee, 26, posted on the photo-sharing site told stories about fantastical worlds; others meditated on Mx. Lee’s experiences as a Korean American. Without Instagram, Mx. Lee, who uses they/them pronouns, said they would not be illustrating graphic novels and publishing picture books.

But seven years, hundreds of posts and tens of thousands of followers later, Mx. Lee’s relationship with Instagram has cooled — not because they no longer need social media to promote their art, but because the app has changed so much that it seems to have stopped welcoming artists.

The changes, Mx. Lee said, have “been nothing short of harmful to artists, especially those who make still images.”

Instagram was founded in 2010 as a photo-sharing site where people could post, curate and showcase snapshots from their lives. It became a destination for an endless variety of beautiful, funky, far-out and vibrant images — of food, national parks and everything else — turning into one of the internet’s premier visual repositories.

But Instagram, which is owned by Meta, has in recent years increasingly shifted toward video. It has introduced Reels, short videos meant to compete with the video-sharing app TikTok, and it has launched features to encourage people to make videos together. Its algorithms appear to favor videos over photos. Last year, Adam Mosseri, Instagram’s head, said the site was “no longer a photo-sharing app.”

That has caused angst among many Instagram users, who have relied on the app to share photos, illustrations, comics and other still images with friends and followers. In July, after Instagram introduced updates to mimic TikTok’s video features, celebrities like Kylie Jenner and others rebelled, declaring an intent to “make Instagram Instagram again.” The backlash was so intense that Instagram temporarily reversed the changes.

For artists who make a living through Instagram, the platform’s move toward video is more of an existential threat. Many of these artists are photographers, illustrators or graphic novelists whose work doesn’t easily translate to video. More and more, they are finding that audiences on Instagram aren’t seeing their posts, their growth on the platform is stagnating and their reach is shrinking.

“Twitter really matters a lot more than Instagram at this point,” Mx. Lee said. They now invest a majority of their energy in Twitter, where, they said, it is easier to discern how well a post is performing.

In a statement, Meta said it cared “deeply about all creators, including artists.” The Silicon Valley company, which is trying to lure content creators away from rivals YouTube and TikTok, has invited some artists to join its programs that pay influencers for using its products.

But Mx. Lee, who was recently invited by Instagram to earn a bonus for posting Reels, said the incentives were “even less reliable than freelance illustration.” Even if their Reels received 11 million views in one month, they said, Meta would pay them only $1,200.

Maddy Mueller, 25, who illustrates infographics and paints backgrounds for animation, knew that she would have to market herself through social media after she graduated from a university in 2019. She joined Instagram to post her work.

But trying to attract attention to her art on the app soon became “an uphill battle” against the algorithm, she said. Ms. Mueller said she often felt that the number of hashtags on a post, or the time when it had been uploaded, mattered more than the actual content of the post.

To gain exposure for her work on Instagram, she began animating her paintings that were meant to be still — so that her posts would be treated as videos. Promoting her art meant less time to make it, she said.

Last year, Ms. Mueller, who lives in St. Louis, started focusing instead on Twitter, where she discovered a burgeoning community of artists. She was invited to illustrate zines, joined private Discord groups that shared professional opportunities and increased her following through hashtag events, in which artists tweeted and shared content with tags such as #PortfolioDay and #VisibleWomen.

Once she had experienced Twitter’s community and growth, she said, “I basically almost gave up on Instagram.”

Alice Hirsch, a photographer in Toronto who also uses they/them pronouns, said they cater their content to the whims of Instagram’s algorithm. They post their work on the site nearly daily, sometimes sharing multiple versions of one photo — for example, the raw version, the color-graded one and the final one. They also have learned how to make videos to avoid a “fall to the bottom of the barrel of the algorithm.”

“I would never do it if we weren’t in a time where social media is king,” Mx. Hirsch, 25, said, adding that they suspected the content wasn’t always what their followers wanted to see, either.

The changes have also made Instagram a more challenging place to find illustrators to hire, said Chad Beckerman, an art director and agent at the CAT Agency, which represents children’s book illustrators. It had once been easy to search the app for illustrators and view their work, he said, but the platform was now congested with irrelevant posts, Reels and Stories, a feature that people use to post photos and videos that disappear after 24 hours.

The algorithm “is not going after quality,” Mr. Beckerman said. “I don’t think the algorithm is even caring about what the person’s work looks like.”

Over the last five years, Emmen Ahmed, 26, developed a following of nearly 18,000 on Instagram by depicting South Asian faith and femininity in earth-toned illustrations. But when she began to illustrate more this year after dialing back her output during graduate school, she said, she felt pressure to make tutorials and videos showing her artistic process as well.

Ms. Ahmed, who lives in Detroit, sells prints, custom paintings and clothing featuring her work. She said she would prefer to focus on making art but could not afford to ignore how Instagram had moved beyond photos and images.

“With these big changes, you fear that Instagram is no longer timeless,” she said. “It’s going to phase out.” 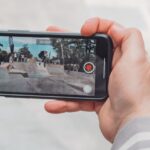 Florida barrier island residents recount horror of Hurricane Ian: ‘Thought for sure we were dying’

Is Your Fireplace Ready for Winter?

EU takes China to WTO over Lithuania export ban and...
25 mins ago
How to Use the Camera on a Samsung Phone
50 mins ago
A New Garden in Massachusetts
1 hour ago