Be a winner every time: Secret hack for arcade claw machines revealed 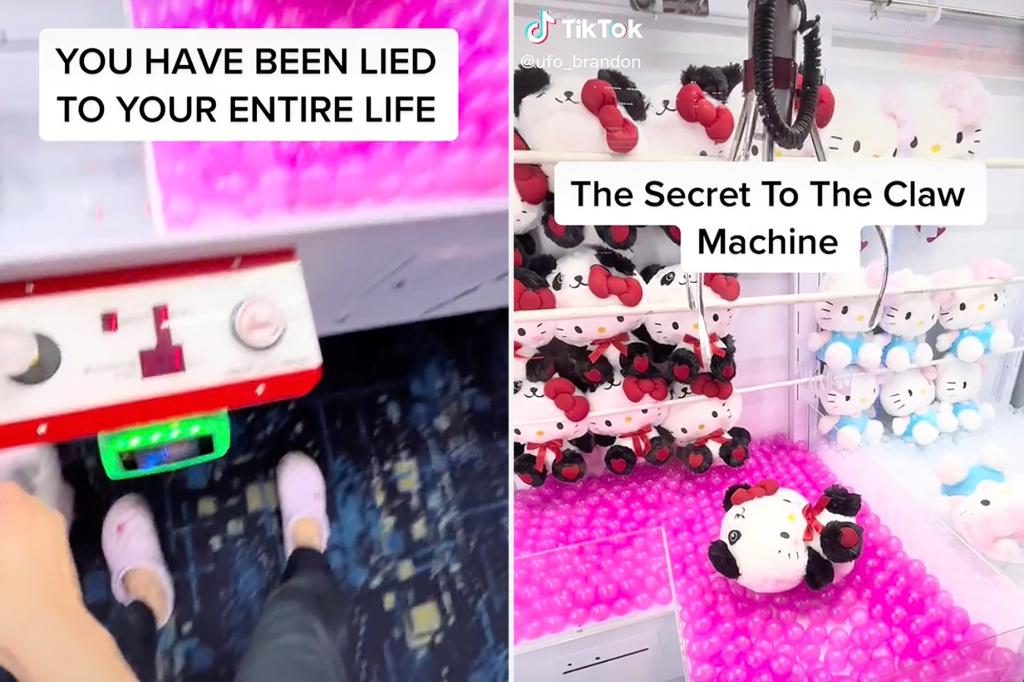 Not all heroes wear capes, like this man who can help you dominate the claw machine.

A TikToker named Brandon has gone viral for a hack showing gamers how to guarantee a win in the claw game — an arcade favorite for many.

His 15-second video revealing a super-simple trick for a win every time has been viewed over 10.4 million times.

“You have been lied to your entire life — the secret to the claw machine,” Brandon declared in the video.

According to the arcade fanatic, first center the claw over the toy, then press the button to release the claw. But the trick comes right after: Make sure to press again to tighten it and secure the soft toy.

“Send this to your friend and they have to take you to the arcade and win you a plushie,” he added in the comments.

Some users couldn’t believe they had no idea this hack existed, vowing to give it a go next time they found themselves at an arcade.

“So all these years I’ve been losing all this time,” a user commented in disbelief.

“I’m near an arcade I’m trying this,” another declared.

Others said they’ve never had success using the trick.

“This doesn’t work all the time; I’ve never won a prize from doing this so maybe I’m doing it wrong,” one user complained.

“I’ve done this already and the result was na-ah,” agreed another. “Its only certain claw machines you can double tap.”

Others say it depends on the state of the machine.

“I worked in an arcade before, the claw only tightens when the machine is in profit,” a user wrote.

“Lies. I program these machines as part of my job,” agreed another.

Losing the Race, but Winning Each Other

Tracking Ships (and Sharks) and Tying Knots: Apps to Enrich Your Seaside...