Home » Blaster from ‘Star Wars episode IV: a New Hope’ to go up for auction
Life

Blaster from ‘Star Wars episode IV: a New Hope’ to go up for auction 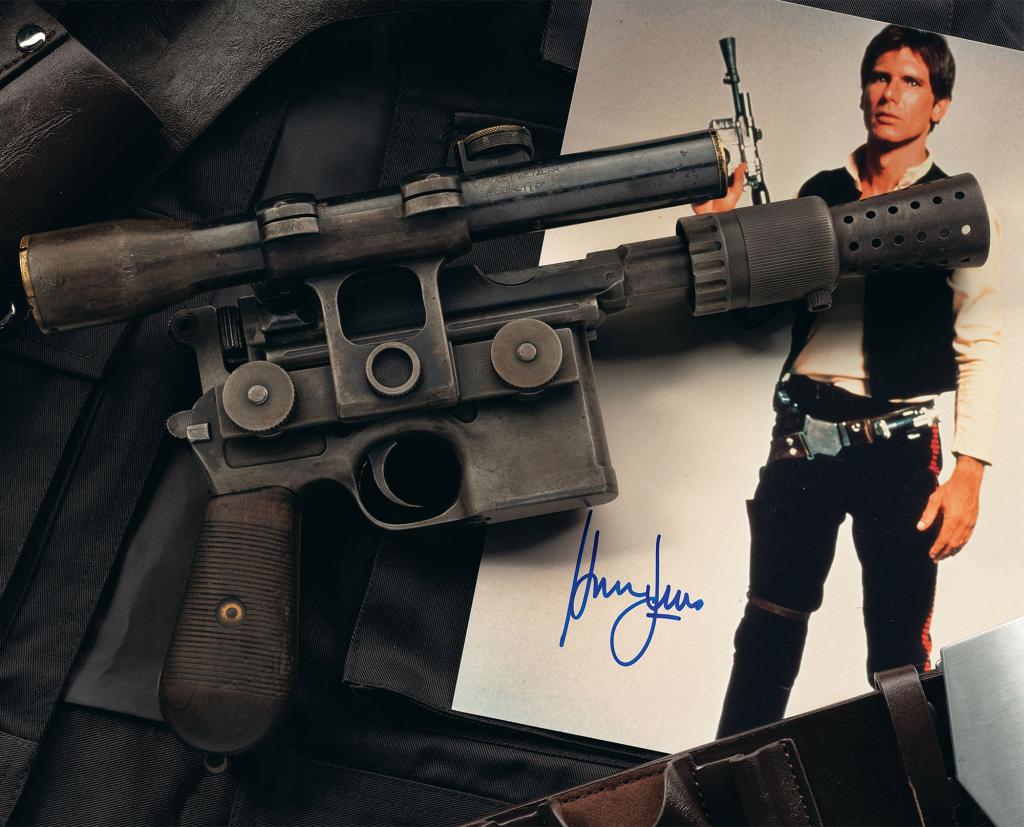 That price is not So-lo!

“Star Wars” fans will soon be able to purchase Han Solo’s blaster from the 1977 sci-fi blockbuster “Star Wars Episode IV: A New Hope” when it goes on the auction block at the Rock Island Auction Company in Illinois next month, according to their website.

The pre-auction price estimate on Harrison Ford’s iconic prop weapon is between $300,000-$500,000, although the movie’s space weapon, called the “BlasTech DL-44 Heavy Blaster,” is expected to sell for much higher during their August 26 – August 28 event.

The blaster, known by fans as the “Hero Weapon,” is one of the most recognizable props in movie history and is strapped to Harrison Ford’s leg during the film’s epic conclusion as well in several other iconic scenes.

After the film wrapped, the weapon was reported missing and artists had to re-create new blasters for the films “The Empire Strikes Back” and ”’Return of the Jedi.”

The weapon from “Return of the Jedi” sold for $550,000 in 2018. The blaster being sold next month is the last one remaining and could shatter memorabilia records, according to PR Newswire. So far, the highest-priced Star Wars memorabilia ever sold is an original R2D2 droid which went for $2.76 million in 2017.

The rare prop up for auction next month has a history that pre-dates “Star Wars.” Before Harrison Ford used the blaster in “A New Hope,” Frank Sinatra wielded it in the 1967 film “Naked Runner.” In “Naked Runner” the gun is a Mauser C96 broom handle pistol which was later updated with a World War II era scope, the muzzle from an airplane-mounted machine gun, and other military surplus supplies for “A New Hope.”

The set decorator for “A New Hope,” Roger Christian, told Esquire Magazine in 2014 that he wanted Solo’s prop to look like a western gun.

Also on sale at Rock Island Auction Company’s auction next month is Angelina Jolie’s gun from the 2001 action flick “Lara Croft: Tomb Raider,” priced between $25,000-$45,000, as well as a gun belonging to folk hero Wild Bill Hickok which he reportedly had on him when he was killed in Deadwood, South Dakota in 1876. The auction house specializes in firearms.

A Rabbi, a Minister and an Imam Walk into Lincoln Center