Home Life Can you spot who’s wearing heels in this optical illusion?
Life 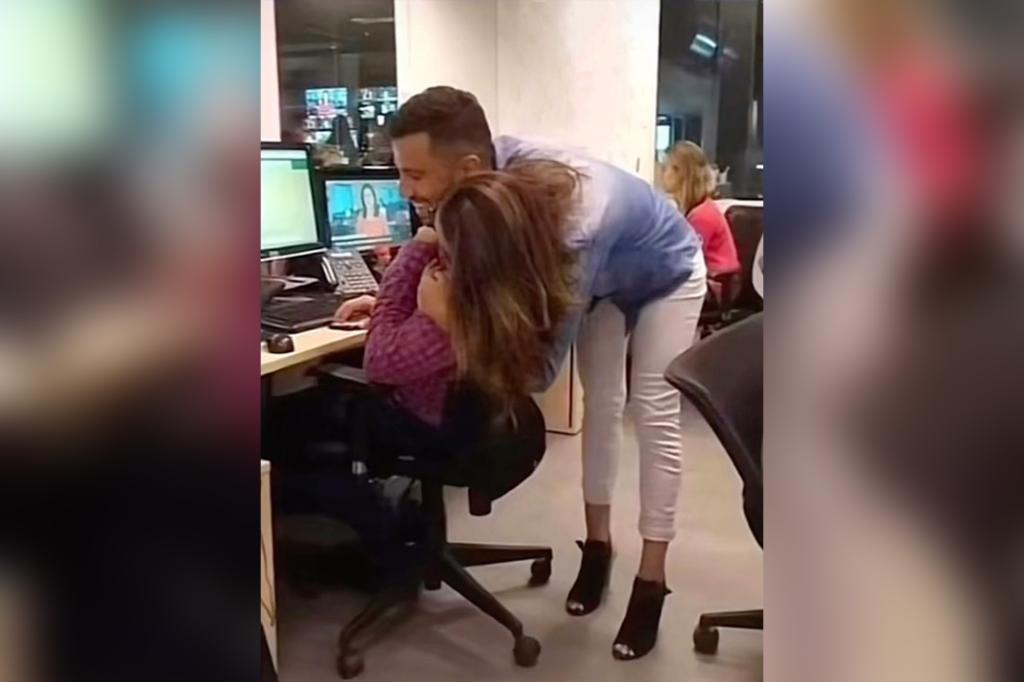 If the shoe fits.

People are scratching their heads over a photo in which it is hard to spot who’s really wearing the pumps.

In the image, two people are embracing — one sitting down, the other standing — but it’s difficult to make out who the legs belong to.

In a now viral TikTok with 4 million views, user @LaughsWithSel posted the confusing snap in a video.

But if you look closely at the video, it’s actually a woman bending down to give a man a hug — you can see her light brown tresses falling as she bends down. It’s really the man who is sitting down in the mauve-colored shirt, although the image makes you look twice.

“I still can’t see it after 5 years later,” wrote one user in the comments.

“For those who still cant get it, just cover his head and the purple shirt,” advised another.

“It’s photoshopped,” suggested someone else.

Others have fallen prey to similar optical illusions online, which often stump viewers. In one, a group of bikini-clad women stand inside an inflatable pool floaty — but it’s near impossible to decipher whose legs belong to whom.

In some, house pets hide among an array of items and viewers attempt to discover them, while in others, debunking the illusion reveals a certain personality trait.

A letter bomb delivered to the Ukrainian Embassy in Madrid...
7 mins ago
The Easy Way to Freeze (and Thaw) Leftover Turkey
26 mins ago
How to Create a No-Code Webpage in Notion: A Step-by-Step...
59 mins ago