Multiple people were injured after a carnival ride plummeted 50 feet in a freak accident in India, as seen in this nail-biting video showing the near-death drop.

The fiasco reportedly occurred Sunday night at the Phase 8 amusement park in Punjab’s Mohali district while 50 riders were on a “drop tower,” a carousel-like contraption that sends passengers hurtling down a vertical structure, the Hindustan Times reported. Things literally went south, however, after an unknown malfunction caused the attraction to plunge 50 feet onto the base like a broken elevator, injuring 16 people.

In the accompanying footage, a lit-up circular carriage is seen plummeting down and crash-landing on the platform with frightening force, sending several riders flying out of their seats — despite them being strapped in. The clip ends with good Samaritans helping load several injured riders into a police van as there were reportedly no ambulances at the fairgrounds, according to Jam Press.

“We picked up the injured and rushed to the hospital,” described an eyewitness named Jaspreet Kaur, per the Hindustan Times. He added that the fairground bouncers tried to “threaten” them for intervening and that the “organizers also fled the scene.”

The victims, some of whom were as young as 10, are reportedly receiving treatment at several hospitals in the area. However, the extent of their injuries remains unclear.

The cause of the freak free fall is also unknown, although carnival organizers blamed it on a “technical issue.”

Mohali Police have dubbed the organizers “negligent” and pledged to launch a probe into the incident. “We will hold an inquiry and strict action will be taken against the guilty,” Mohali Deputy Commissioner Amit Talwar declared.

Despite their vow, the fair will reportedly be extended until Sept. 11 after originally being slated to end that Sunday. 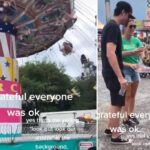 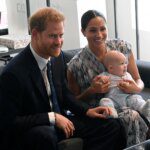 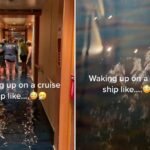 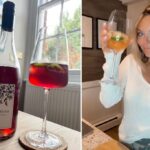 Is BeReal Safe?
5 mins ago
What Is Dracaena Trifasciata?
34 mins ago
Los Angeles officials challenge accuracy of latest homelessness count, demand...
38 mins ago