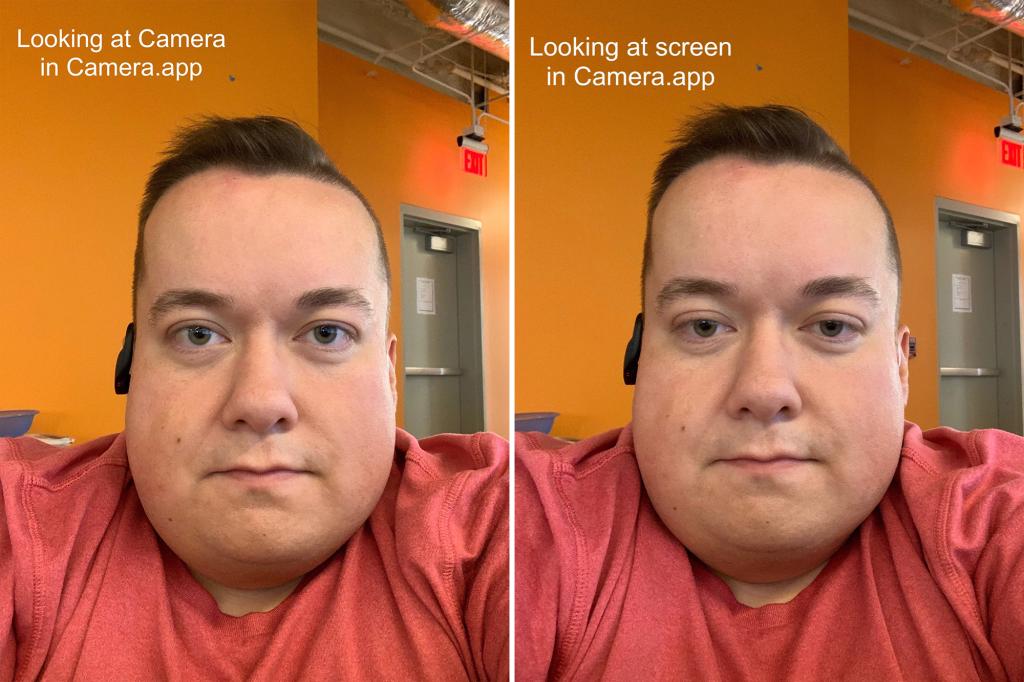 iPhone users are losing their minds over a “creepy” Facetime feature that forces people to make eye contact with each other while using the app. A Tweet detailing the dystopian-seeming politeness enhancer — which low-key launched several years ago — is just now blowing up on social media.

“Guys – “FaceTime Attention Correction” in iOS 13 beta 3 is wild,” tech enthusiast Will Sigmon hypes in a now-viral tweet about the freaky filter, which Apple surreptitiously launched in 2019. First beta-tested in iOS 13 as the “FaceTime Attention Correction,” the advanced augmentation software officially debuted as “Eye Contact” with the release of iOS 14, Mashable reported.

For the uninitiated, function digitally alters people’s image so they seem like they’re looking directly at the person they’re Facetiming with even if they’re staring elsewhere.

The new tweak has nothing to do with helping the camera shy maintain eye contact: Without the feature, users appear to be gazing off screen while looking at the other user, because they’re not staring at the camera.

Sigmon even shared photos juxtaposing two different Facetime sessions with his friend Mike Rundle — one with the Facetime Attention Correction and the other without. In the first photo sans the setting, Rundle appears to be gazing down off the screen. However, once it’s switched on, he can be seen — somewhat unsettlingly — looking the viewer right in the eye.

Tech buff Dave Schukin, the CEO and cofounder of Observant AI, shared a video demonstration in 2019 describing the tech behind Eye Contact, which works by using Apple’s advanced ARkit tech.

“How iOS 13 FaceTime Attention Correction works: it simply uses ARKit to grab a depth map/position of your face, and adjusts the eyes accordingly,” he wrote. “Notice the warping of the line across both the eyes and nose.”

Perhaps most unnerving is the fact that the feature is switched on automatically, meaning Facetimers will be making “Eye Contact” whether they want to or not.

Needless to say, Facetime enthusiasts were freaked out by the somewhat violating function.

“Facetime eye contact thingy is creepy as f–k,” exclaimed one naysayer on Twitter, while another wrote, “Just found out that Facetime has a weird eye contact feature???? That’s creepy.”

One Twitter doomsayer wrote, “I just found out there’s an augmented reality filter turned on by default on recent versions of #FaceTime that edit your eyes to look like you’re making eye contact! What in the neurotypical?”

Other social media samaritans urged prospective Facetimers to turn off Eye Contact, which is accomplished by going into “Settings,” then clicking “Facetime” and toggling off “Eye Contact.”

Bride wows TikTok with $3.75 thrift shop dress: ‘It is perfection’