Home Life ‘Co-Conspirators and Playmates From the Get-Go’
Life

‘Co-Conspirators and Playmates From the Get-Go’ 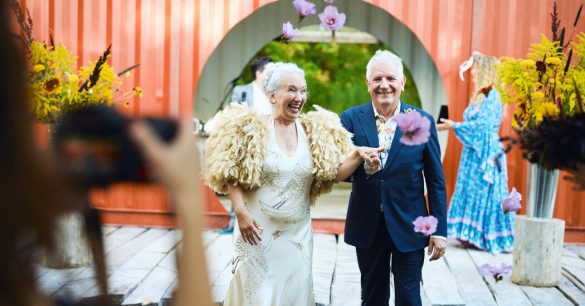 Jennifer Douglas and Kent Shell were both delighting in their lives after weathering divorce when they met in the summer of 2014 on OkCupid.

There was something about Mr. Shell’s profile that caught Ms. Douglas’s eye. “I just fell in love with his profile picture,” she said, adding, “I’m not one to fall in love easily.”

So Ms. Douglas, 58, who had made a few online connections before, though most of them fleeting, sent him a cursory message: “You’re cute!”

Mr. Shell, 65, was tickled by Ms. Douglas’s playful and straightforward tone. Other women he had interacted with had been more scrutinizing, taking him to task for his stated intention of not wanting to marry again.

Like Ms. Douglas, who had divorced four years earlier after 17 years of marriage, Mr. Shell was dealing with the dissolution of a long marriage; his lasted nearly 30 years. After his separation in 2011, he moved into an apartment in Carroll Gardens, Brooklyn, and made the deliberate choice not to date for awhile. Instead, he took stock of what he wanted out of life at this unexpected stage.

“Along with all the heartbreak of a long marriage ending, I discovered the joys and beauties of just being able to look around, after the whole world crashed around me, and realize that I was still standing,” he said.

He delved into newfound passions, turning one of the rooms in his home into an art studio, which he used to paint and write. And though Mr. Shell, who received a bachelor of fine arts degree at Virginia Commonwealth University and works as a construction administrator at Daniel Frisch Architecture in Manhattan, enjoyed his independence, he eventually found that he missed female companionship. He joined OkCupid hoping to foster connections, for friendship and intimacy, if only for finite amounts of time.

He and Ms. Douglas had a brief, banter-fueled exchange online before agreeing to meet in person at Weather Up, a cocktail bar in Prospect Heights, Brooklyn, not far from where each lived. While walking to the date, Ms. Douglas began to fear that the promising spark she felt online would not translate to real life — until she saw Mr. Shell standing at the bar, smiling.

“She just looked magical, in this flouncy dress,” Mr. Shell said. “I felt this excitement when I saw her.”

The pair ordered drinks and claimed a corner booth, where they fell into rousing conversation, interrupted only by fits of laughter.

“It was like we were co-conspirators and playmates from the get-go,” Ms. Douglas said.

Ms. Douglas quickly fell in love with Mr. Shell’s writing, his sense of wonder and introspective nature. Mr. Shell adored Ms. Douglas’s humor, kindness and sense of adventure. One of the things that resonated most with Ms. Douglas early on was how Mr. Shell contrasted with other divorced men his age, many of whom, according to her observations, were quick to find new partners.

“I was so admiring of the fact that Kent, for three years, was doing his job by day, and writing short stories while listening to jazz at night,” Ms. Douglas said. “He really seemed to have a keen interest in getting to know who he was post-marriage before jumping into a relationship.”

She had taken similar, daunting steps to figure out who she was as a middle-aged woman outside of marriage.

“It was a hard battle to lay claim to myself post-marriage and feel whole,” said Ms. Douglas, a director at Revel, a social and events platform for women in midlife. She received a bachelor’s degree from Sarah Lawrence College and a master’s degree from the Columbia University Graduate School of Journalism. “And I did. I was whole when I met Kent.”

The pair were forthcoming about their fears and insecurities. They shared a seasoned understanding of life’s disappointments and heartaches, along with an understanding that such inescapable emotions are better confronted than stifled. In that same vein, they rejected certain romantic notions instilled by fairy tales.

“In the place of rescuing or trying to rescue one another, we’re such noble witnesses and cheerleaders for each other,” Ms. Douglas said. “It just makes things more exquisite knowing that each of us is responsible for ourselves. The other person is going to sit with a partner through thick and thin.”

As their relationship developed, Mr. Shell’s stance on marriage softened. They moved in together in 2017, and he felt that he and Ms. Douglas would eventually marry. But it was Ms. Douglas who demurred. Her ambivalence had nothing to do with her feelings for Mr. Shell, she said, but a concern that the hard work she’d done to redefine herself could be tempered by getting remarried.

Mr. Shell trusted Ms. Douglas and took solace in honoring her wishes. “I thought, ‘OK, we get to wake up every day and decide to be together’ and not have the construct, the contract,” he said.

Ms. Douglas’s change of heart came in August 2021, after she came across some of Mr. Shell’s writings, which he had left out on his desk, including a meditation on his future death. His reflections, which made passing reference to the fact that they were not married, were so beautiful that Ms. Douglas found herself weeping.

“I’d been so avowedly anti-marriage and then a seed of an idea suddenly presented itself in a new way,” she said. “It’s sort of like I had to test my body for bruises, to see if the anti-marriage bruises still existed. And there were no bruises there!”

She added: “I didn’t quite get, as I get now, that my relationship with Kent only encourages me to be more of who I already am.”

Ms. Douglas decided to propose to Mr. Shell, confessing that she felt somewhat devilish planning the surprise. “It was almost transgressive to have this idea after being so opposed to it,” she said.

On the evening of Sept. 1, 2021, Ms. Douglas told Mr. Shell that she wanted to go to a new (and fictional) Italian restaurant. She planned to bring him to Grand Army Plaza at the edge of Prospect Park and propose under its stately archway. Upon arriving at the park, and walking ever farther in the opposite direction of any restaurants, Ms. Douglas grew convinced that Mr. Shell was onto her. In a panic, she dropped to one knee — about 30 feet from the arch.

“The exquisitely eloquent proposal I’d mapped out in my head dissolved and all I could blurt out was: ‘Kent, since the moment we met, we’ve been in one unending conversation, and I want you to be my husband and I want to be your wife,’” she said.

Ms. Douglas presented Mr. Shell with a box containing a twirl of birch bark as a ring.

The unwieldy, unconventional proposal was befitting a couple that prides itself on embracing “the perfectly imperfect” facets of life.

That notion inspired them to have a “homemade wedding,” inviting guests to contribute a hodgepodge of items and ideas to the festivities, from food and decorations to spontaneous toasts. It was vital, the couple said, to reconnect with loved ones in the wake of two and a half years of pandemic separation.

“I had this vision of just wanting to be lifted by our community,” Mr. Shell said. “And I felt so lifted up just by everyone collaborating and us giving up a certain amount of control of stuff and leaning back into what our loved ones wanted to bring into it.”

The outdoor wedding took place Sept. 10 at the Container House in Tivoli, N.Y., a bucolic venue that hosts creative retreats and other events. The couple’s adult children and Ms. Douglas’s parents, Bill and Andrea Douglas, were among the 125 guests in attendance.

Yazmany Arboleda, a friend of the couple and a Universal Life Church minister, officiated, with Amelia Perkins, a friend who played a vital part in the day’s planning, taking part in the ceremony.

Ceremony was important, Mr. Shell said, so long as it didn’t contain any distancing layers of formality. “It wasn’t just about us, but it was about community and sort of consecrating ourselves to living out loud again,” he said.

The couple’s first dance was to “The Second Time Around,” by Shalamar, a disco hit from the ’70s; its title and lyrics allude to the bittersweet realities of finding new love later in life, a sentiment articulated in a line from Mr. Shell’s vows. “I love that we met as fully grown beings, with more than a little knowledge of what love is and what loss is, and with a full share of knowing how precious they both are,” he told Ms. Douglas.

“It would be devastating to us if our relationship foundered,” Ms. Douglas said. “But we both know, because we’ve both been through stuff, we would each find a way to survive and go forward with good lives without each other. And that knowledge, interestingly enough, really allows me to give my heart to Kent without reservation.”

Where The Container House, Tivoli, N.Y.

Community Built For the “homemade wedding” ceremony and reception, one friend made hibiscus iced tea. Another brought 180 cupcakes, while another grew all the flowers used in the ceremony in her garden in Cornwall, Conn.

The Dress The wedding dress, a treasured consignment store find, was embroidered with cranes. Ms. Douglas, who grew up in Japan, shares a particular affinity for what the bird is said to represent: good luck and auspiciousness.

Taking the Stage After the ceremony — and a wardrobe change into more casual attire — the couple made their reintroduction as husband and wife to the theme song from “The Newlywed Game.”

Flower Women The couple’s three adult children — Ms. Douglas’s daughters Madeleine Cravens and Delilah Cravens, and Mr. Shell’s daughter, Lily Zyndorf Shell, as well as her partner, Anna Gebarski — served as flower girls. “The idea of subverting the form and not having flower girls be relegated to 3- to 7-year-old girls, but 20-something-year-old women — we loved it!” Ms. Douglas said. 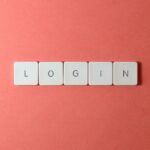 What Is a Login Shell in Linux? 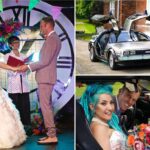 Couple celebrates postponed wedding with ‘Back to the Future’-themed party

The Government Might Help Pay Your Heating Bill This Winter

In Forests Full of Mines, Ukrainians Find Mushrooms and Resilience
51 mins ago
Are Your Computer Speakers Not Working? How to Fix Having...
1 hour ago
Athena Strand’s mom slams ‘absolute monster’ Tanner Horner after 7-year-old...
2 hours ago