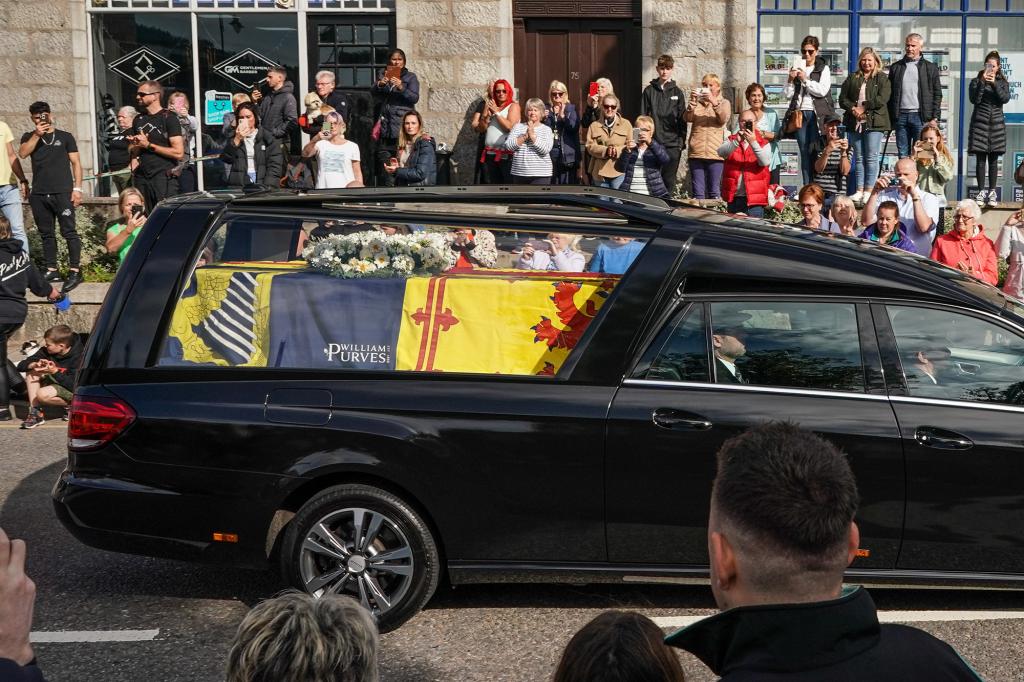 An embarrassing advertisement has been spotted on Queen Elizabeth II’s hearse as it drove through Scotland.

A promo for the unfortunately named funeral director William Purves was emblazoned on the vehicle as it departed Balmoral Castle on Sunday for a six-hour journey south to Hollyroodhouse in Edinburgh.

Mourners and press gathered outside Balmoral in a bid to catch a glimpse of the queen’s coffin and immediately noticed the startling sticker slapped across a side window.

By the time the hearse arrived at Hollyroodhouse, the sticker had been removed — but not before many pointed out the gaffe on social media.

“Glad to see that the William Purves logo was removed from the queen’s hearse somewhere along the route. Sad to see that it was there in the first place,” one angry mourner tweeted.

Another speculated that the sticker was placed on the car deliberately, writing: “Sad days when the funeral director makes sure he gets free advertising all the way to Edinburgh. You should be ashamed of yourselves, William Purves.”

William Purves Funeral Directors received so much interest after the sticker went viral, with the company’s website temporarily crashing.

The site has since been restored, with a description of the business stating: “When you place your trust in William Purves you can expect the highest standards of professionalism, compassionate care and a truly distinct service.”

“Whatever you need, whatever your plans, lean on our experience, wherever and whenever you need us,” the business description added.

The hearse arrived safely at Hollyroodhouse on Sunday evening, where the queen lay for the evening.

On Monday, the monarch’s coffin was placed back in the hearse, before it drove through Edinburgh to St. Giles’ Cathedral for a memorial service. Her four children followed the slow-moving vehicle as it snaked through streets lined with mourners.

Her Majesty’s coffin will remain at the church overnight before it is flown to London on Tuesday evening. Her funeral is set to be held next Monday, Sept. 19.

Her death has plunged Great Britain into a prolonged period of mourning, with hundreds of thousands of people paying tribute to her in the British capital, leaving floral tributes outside the gates of Buckingham Palace. 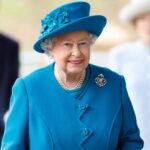 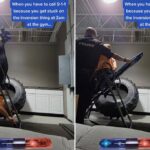 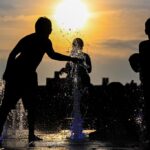 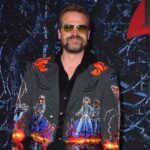 Squirrel to blame in temporary power outage in Minneapolis