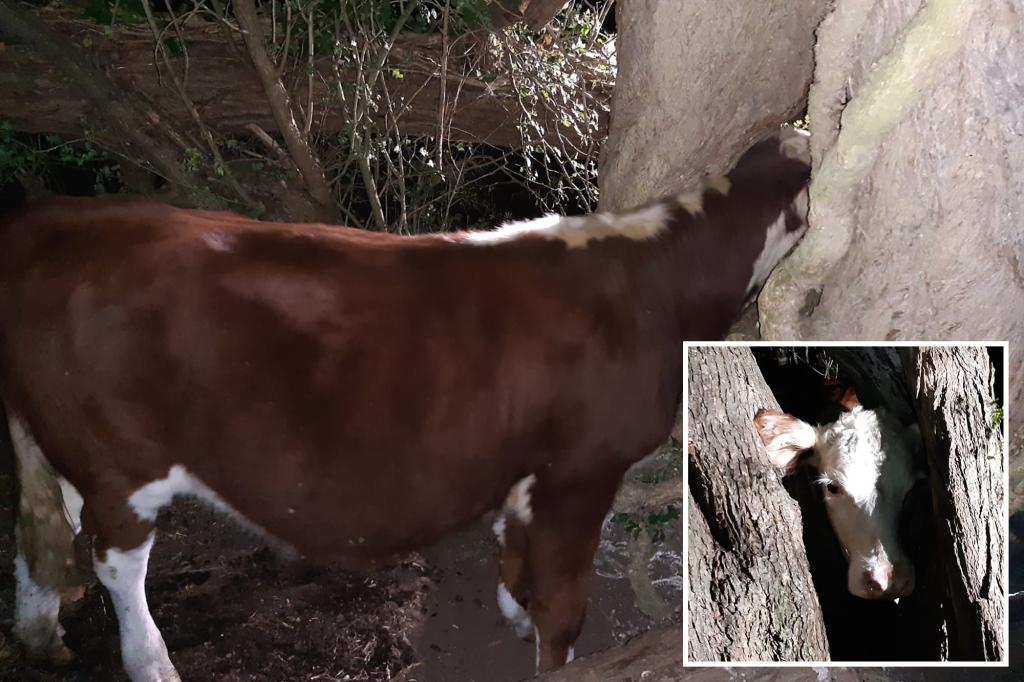 For this cow, the steaks were incredibly high.

Firefighters in England had to rush to the troubled heifer’s rescue after it had gotten itself stuck in a tree.

“Udderly ridiculous,” the local fire department quipped the next day in a tweet about saving the animal.

The trouble began on the evening of Aug. 31, when the hulking farm animal was discovered with its head firmly lodged in the fork of a willow tree in the small village of Chilbolton, Hampshire.

Rather than wait for bovine intervention, crews from the Hampshire & Isle of Wight Fire & Rescue responded to the scene.

“The crew worked to re-moove the animal from the willow tree yesterday evening!” the rescuers jokingly wrote on Twitter.

First responders summoned an animal rescue advisor to the scene at Joyce Lane, according to the department.

Not wanting to milk the situation, firefighters immediately jumped into action and spent more than an hour cutting down the tree to free the large brown-and-white cow.

It’s still unclear what steered the cow towards the doomed willow tree in the first place. 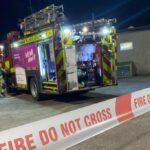 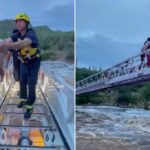 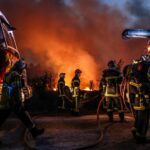 Amid sweltering heat, firefighters in France battle wildfires that have forced thousands to evacuate. 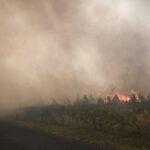 Athens, N.Y.: A ‘Perfect Combination of Old and New’ on the Hudson