An Amazon delivery driver is being credited for saving the lives of three puppies after calling 911 when she noticed smoke coming from a home along her route in Florida.

Because of the driver’s quick response, firefighters were alerted and extinguished the flames before they spread. In addition, the department rescued three Boston Terrier puppies that were trapped inside. The homeowners were not at home during the time of the fire.

The puppies were treated for smoke inhalation and revived by firefighters, according to Columbia County Fire Rescue. Firefighters contained the fire to the room where it was started.

“Thank you to the Amazon driver who noticed the smoke and called 911,” Columbia County Fire Rescue said in a Facebook post. “Since the homeowner was not at home at the time, she saved the home and the puppies’ lives!”

The homeowner’s mother provided an update on the dogs in a comment on the Facebook post. She said that they suffered significant lung damage and would remain hospitalized for a few more days.

“Many thanks and appreciation!!! Those are my daughter’s dogs that we love very much. They are doing well this morning but still in the hospital. Thank you will never be enough!” 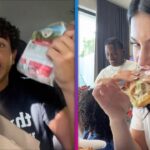 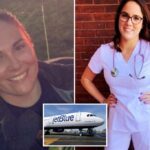 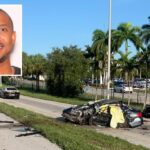 Camila Morrone Steps Out in Malibu After Leonardo DiCaprio Split

Why Tesla’s 1.1M Vehicle Window Recall Isn’t That Big of...
58 seconds ago
Watch Jennifer Lopez Do Pull-Ups in the Snow in Gritty...
11 mins ago
At least 745 people are detained in protests across Russia.
35 mins ago