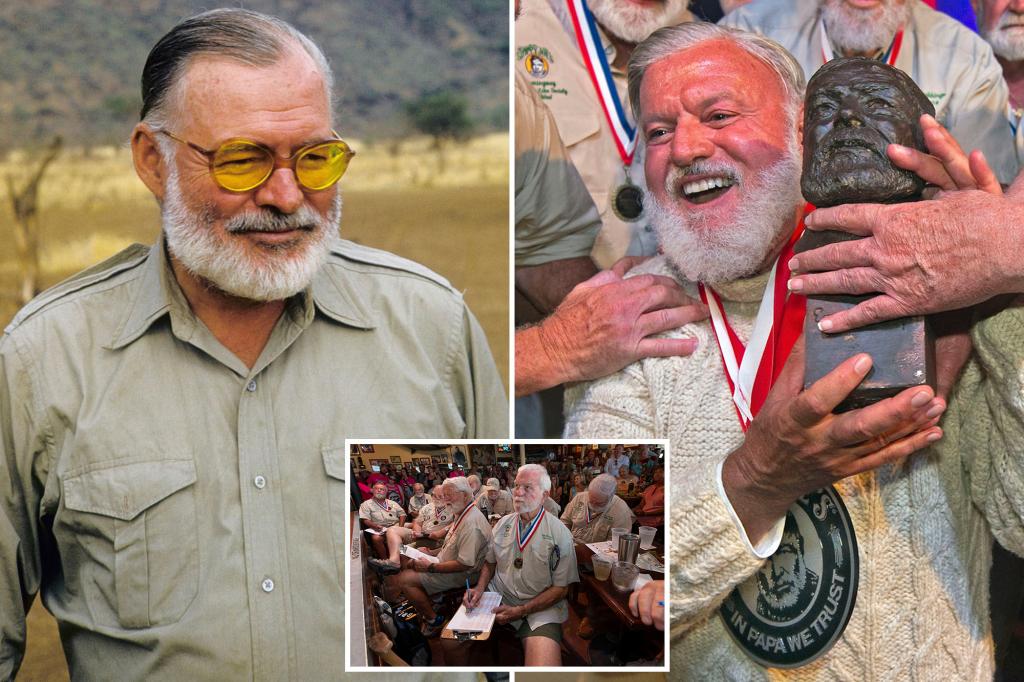 More than 100 men vied for the title of “man who most resembles author and former Key West resident Ernest Hemingway” this weekend in Florida — and only one man triumphed.

Attorney Jon Auvil caught the keen eye of the judges, who awarded him the win in the Hemingway Look-Alike Contest at Sloppy Joe’s Bar on Saturday.

Auvil beat out 124 other men for the title, according to the Associated Press.

Sloppy Joe’s is the Key West establishment where Hemingway was a regular visitor during his decade of island residence in the 1930s.

Some of the look-alike hopefuls showed up in wool fisherman’s sweaters — while other contestants wore sportsmen’s attire.

Yet Auvil — an attorney — wore a cream-colored sweater; it was apparently that touch that helped him take the crown.

The look-alike contest is a highlight of Key West’s annual Hemingway Days celebration, which ended on Sunday, the AP noted.

Auvil, who lives in Dade City, Fla., told the AP, “Every man wants to write like Hemingway.”

The attorney said he has written some fiction — and that he would like to write more.

He said he also shares the Hemingway passion for fishing.

While living in Key West, Hemingway wrote such classic works of literature as “For Whom the Bell Tolls” and “To Have and Have Not.”

The author — an avid hunter and fisherman — began his career as a journalist.

His most recent work at the time of that award was the novel “The Old Man and the Sea” (1952).

More works were published posthumously. Many of Hemingway’s works are considered classics of American literature. He died by suicide in July 1961.

Visitors to Key West can tour the Hemingway House Museum. Among other things, visitors can see the “Hemingway cats.”

The polydactyl cats have six toes or more on each foot, rather than the normal five.

The Associated Press contributed reporting to this article.

Several People Are Injured in Shootings in British Columbia