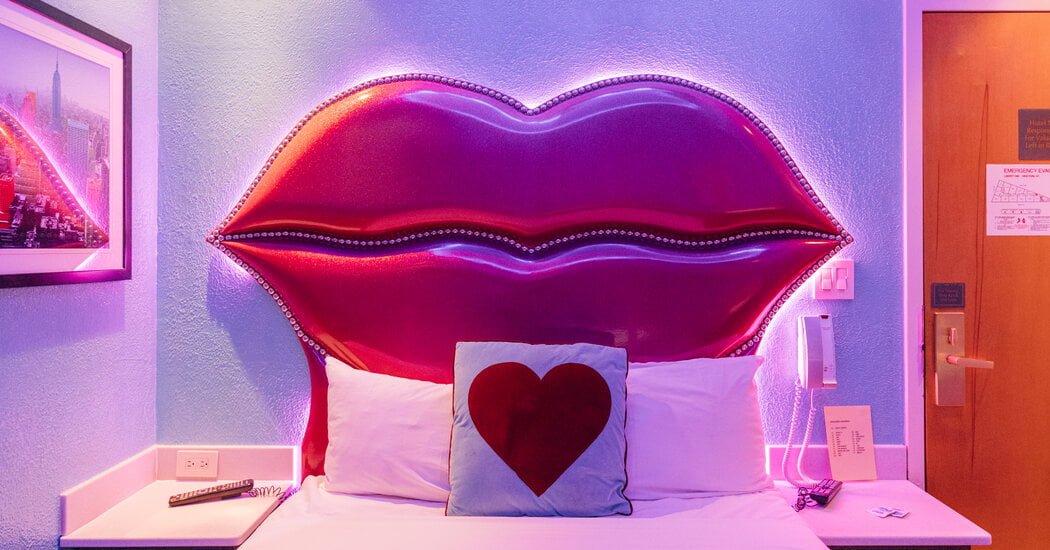 The Liberty Inn, the last hourly rate hotel in Manhattan’s meatpacking district, sits alone on a tiny triangular block beside the West Side Highway. Its website bills its rooms as the “most sexiest” in the city, and for nearly 50 years it has provided sanctuary for bouts of afternoon passion, clandestine affairs and lunchtime quickies.

So when it was reported that it had been put on the market with hopes of fetching about $25 million, I decided to check in, to bear witness to a kinky vestige of old New York before it was gone.

The hotel is a nondescript three-story brick building with a burgundy awning at the entrance. Long before Google’s New York headquarters sprouted up a few blocks away, the hotel’s pint-size building endured decades of change, persisting through several cycles of Lower Manhattan history.

In place of meatpacking plants and after-hours clubs, there are now brunch spots for the tech crowd and boutique hotels, including the Standard, with its penthouse night spot Le Bain. Across the highway, Little Island, built at an estimated cost of $260 million by the mogul Barry Diller, rises out of the Hudson.

In the early 1900s, it was the Strand Hotel, a boardinghouse for sailors. When the Titanic sank in 1912, and the Carpathia arrived with its survivors at Pier 54, The New York Times rented out rooms at the Strand for reporters to file dispatches about the disaster. In the late 1960s it was called the Hide-a-Way Motel. And until the mid-1980s, the hotel shared the building with the Anvil, a famed gay nightclub.

When I stopped by last week, a family of tourists was buying ice cream from a truck parked out front. Inside the narrow lobby, a vending machine sells condoms, cookies and candy, and the front desk is protected by a window of bulletproof glass. A sign listed the room rates: $95 for a two-hour stay; $155 for six hours.

“Just you?” the concierge asked.

“OK, fine, but someone can’t come and join you after.”

He slipped me a key through the slot, and soon I entered room No. 204, a cozy den bathed in red light. The bed had a faux reptile-skin headboard. Hanging above it was a ceiling mirror accented with cloud drawings. Purell packets sat on the night stand. A sign by the door read: “ALWAYS Turn Knob on Lock to Prevent Mistaken Entry!”

A black stump-like object sat against a wall. I soon discovered that it unfolded and realized it was the Liberator, a wedgelike apparatus that helps lovers contort into imaginative positions. The room was pristine, but I discovered one scrawl of passion on the Liberator’s surface: a faint handprint.

When I caught my reflection in the ceiling mirror, I experienced a flashback to my own encounter with the Liberty when I was 21 or so. I was just starting to see someone, but we both still lived at home with our parents, and so one night we took a blurry cab ride to the Liberty. What ensued is fuzzy, but I remember that an iPhone, tucked into a cup for amplification, was used to play Arcade Fire, and a Jolly Rancher got stuck to someone’s hair. The clumsy adventure ended two hours later, but it bonded us, and the relationship became the first serious romance of my life.

The phone rang toward the end of my brief stay.

On my way out, I hoarded a bunch of Liberty Inn-branded products like slippers and soap bars as keepsakes, and I’ve since added them to my collection of old New York ephemera: matchbooks from Toots Shor and Maxwell’s Plum, coat check tags from the Four Seasons, a swizzle stick from the Waldorf Astoria.

For a few days, I’d been trying to contact the Liberty’s owner, who, according to an 2011 article in The Times, was named Robert Boyd, but I was having trouble reaching him. I also grew confused, because an article in Crain’s New York Business about the building’s prospective sale said the owner was a man named Edward Raboy.

On a return visit to the hotel, I told the concierge I was the journalist who had been calling and asked if either Robert or Edward were around. He made a phone call, relaying to someone that I’d arrived, and then he grinned and told me: “They’re the same guy.”

Momentarily, a man in his 70s wearing glasses and a hearing aid walked down the stairs to meet me. He said he was Mr. Raboy and politely explained that he had used the name Robert Boyd as an alias over the years to help him deal with the idiosyncrasies that can come with running a business as peculiar as the Liberty Inn.

Mr. Raboy said his father had run the establishment when it was called the Hide-a-Way, adding that he took over in 1977, back when meatpackers in bloodstained aprons still worked in the neighborhood, and he soon started running it with his wife. He said that he was reluctant to tell his hotel’s full story, because he hoped to recount it one day in a book, but he agreed to give me a tour of its rooms.

First we visited No. 103, which featured a hot tub and wall art that depicted eroticized characters from “Alice in Wonderland.”

“As you can see, there’s a full-length wall mirror, which people appreciate,” he said. “We don’t use rugs because they can become the dirtiest thing.

“Our team is constantly deep cleaning every inch of every room,” he continued. “Cleanliness is next to godliness. Even back when we first started, we were the cleanest short-stay hotel in town.”

Room 104 glowed in a soothing blue light. Room 209 had a hand-painted mural on its ceiling depicting a frisky couple. The bed in Room 210, which Mr. Raboy said was one of the Liberty’s most popular suites, had giant red lips for a headboard.

“There’s something cute and different about each room, and we have people who take to certain rooms and keep requesting them,” he said. “We’re trying to induce people into a good time here. We don’t follow them into their rooms, but we understand what they’re doing in there.”

Reflecting on his years running the Liberty, Mr. Raboy said that the decision to put the building up for sale was bittersweet, adding that it also just made sense. He cited wanting to retire and the neighborhood’s gentrification among his reasons for leaving the business.

“So much has changed since the 1970s, back when I called this area the ‘Wild West Side,’” he said. “It’s now turned into an almost sedate kind of place. What was then appropriate for a hotel like this doesn’t make sense quite the same way anymore. Above all, the building is now more valuable to other people financially, because it’s so unique.”

“Hourly hotels are like that Rodney Dangerfield quote, ‘You don’t get no respect,’” he added. “But it’s been a fabulous run.”

After the tour, I perched on the High Line just across the street to observe people entering and leaving the Liberty. One man led a woman inside with the swagger of someone who had been there before. Another pair entered with some hesitation. As I kept watching the afternoon couples emerge back into the tumult of the city, I realized they were all holding hands. 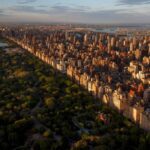 Average Manhattan rent breaks $5,000 for the first time in history 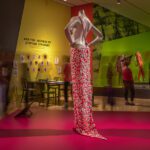 After Making a Splash in Manhattan, an Artist Gets His Due Back Home 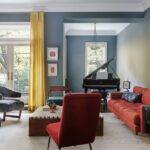 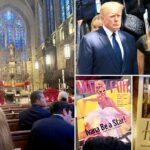 How to Unofficially Play Halo Infinite’s Split-Screen Co-Op
5 mins ago
As Russians Flee, Some Find Draft Notices Waiting at the...
16 mins ago
Jennifer Aniston Has Thoughts About Going Gray
21 mins ago