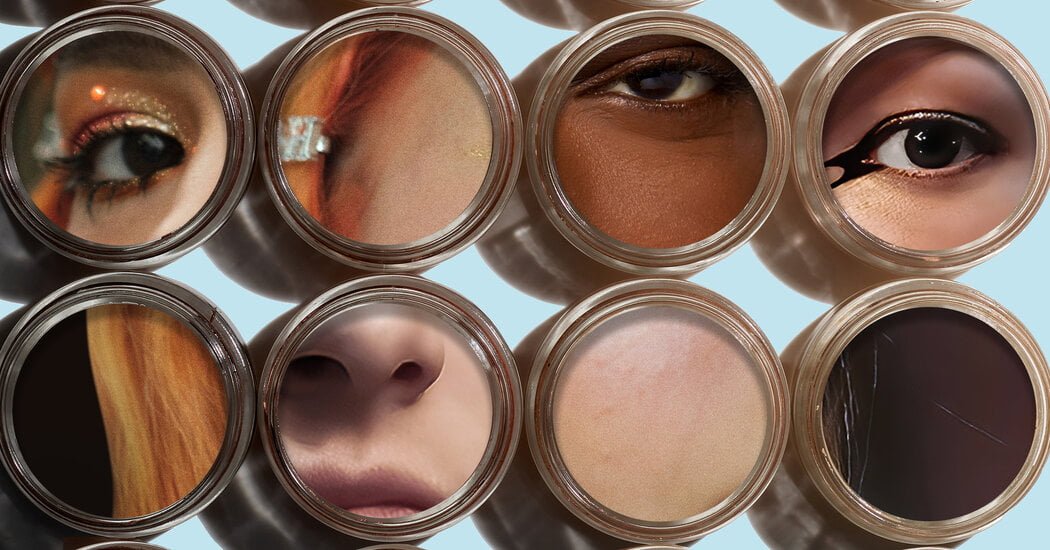 Donni Davy, the “Euphoria” makeup artist, doesn’t use foundation or powder on the cast. And when she introduced her own beauty line earlier this year, Half Magic, she chose to focus on eye shadows, lip liners and lipsticks, hybrid blush-highlighters and adhesive crystals — but no concealer or foundation. For the line’s ad campaign, she used minimal watered-down foundation for spot treatments, and she insisted that images show skin’s pores, texture and bumps.

“It’s been my personal preference for a long time,” Ms. Davy said. “Also, a lot of these directors nowadays, at least the ones I’ve worked with, want the real skin texture. They actually hate foundation.” Instead, Ms. Davy opted for light tints or foundation mixed with moisturizer or highlighter, except for Maddy, because her character has a more done-up look.

“It was kind of shocking at first,” she said. “When I was looking at the monitors on set, it was a little uncomfortable, even though I’m really into that look. But I actually think it adds to the glam makeup and makes it feel more accessible and unapologetic.”

In April, the makeup artist Bobbi Brown introduced a tinted moisture balm called What the Foundation for her Jones Road beauty brand. Unlike a typical foundation, her new product comes in a jar and needs to be mixed and then applied parsimoniously so that skin texture shows through. Ms. Brown, who is 65, stopped wearing foundation three years ago and has been using it on clients less and less.

“I realized that I actually liked the way I looked better without a foundation,” she said. “I just started reinventing how I actually saw myself and how I felt. At the same time, things were changing in the beauty industry. It was a more relaxed look. Girls were wearing messy buns to parties.”

In June, Rhode Skin, the Hailey Bieber line, introduced a Peptide Glazing Fluid, which the company said has sold out multiple times. It’s a lightweight, quick-absorbing gel serum that plumps, hydrates and illuminates — and is being promoted for how it makes skin look immediately after application, much as foundations are marketed.

The beauty world has been moving toward less heavy products for a while now, with the introduction of tinted moisturizers and water tints, not actual foundations. Ilia introduced Super Serum Skin Tint in 2020, and before that, Chanel released Les Beiges, “water-fresh” tints that are 75 percent water for the lightest touch of coverage. The acne positivity movement began before the pandemic, but now, it seems, many women across generations are opting for alternatives or throwing their foundation bottles out for good.

“After becoming so used to wearing masks for two years, it became almost impossible to wear foundation and not feel extremely uncomfortable,” said Colleen Gwen Armstrong, a 45-year-old publicist, who wears brow products, lashes, under-eye concealer and either lip gloss or lipstick without foundation.

Tanya Trevett, 52, stopped wearing foundation about four months ago. “I have vitiligo and have three teen daughters, and I’m a mental health advocate” she said. “I want to be a role model for my daughters so they know that you can still be beautiful with imperfections.”

Lauren Fritsky, 40, a content marketer and writer, described discarding her heavy foundation as “freeing.” “It is liberating to go about my day and go out in public without it,” she said.

The shift away from foundation comes at a time of increased knowledge of skin care. While many women are going barefaced or are touching up spots with concealer, others have found foundation alternatives that act as an entire skin-care wardrobe in one swipe. Such products offer a slew of ingredients — vitamin C, hyaluronic acid, niacinamide and sunscreen — to rival traditional serums, and glow-y finishes can make users feel confident enough to go without heavier coverage.

“I view skin care as part of the makeup application process,” said Kerrin Jackson, a makeup artist. Ms. Jackson focuses on spot-concealing with products that contain ingredients like vitamin C to even skin tone, applying them only on areas that have redness or discoloration, leaving the rest of the skin bare.

The foundation-free movement is also about inclusivity and acceptance. As Ms. Davy put it, “How can we normalize actual, real skin but still feel really good and still feel glam and still feel like you’re using your makeup to make yourself feel like the most badass version of yourself.”

Some makeup artists argue that going foundation free, or wearing light coverage, works better for skin of all ages. “Full coverage foundations tend to settle into fine lines and can look caky or heavy on the skin,” said one such artist, Monika Blunder. “It’s so nice seeing some imperfections or texture come through the makeup.”

For some women, ditching the full coverage comes with emotional baggage. “I think it’s really important to reflect on why there is this tendency to use really heavy foundation to give ourselves this filtered look in person or for our social media,” said Ms. Davy, who is 34 and used to use full coverage foundation every day to cover cystic acne. She now thinks of the concept in terms of junk food — as in, it’s so satisfying but, in the end, can cause damage in more ways than one.

“It doesn’t do great things for our self-esteem and body image,” she said. “And, like, I’m sorry, but unless you’re a newborn, you have texture.”

It’s easy to try a bare look without ditching traditional foundation entirely. “Gradually start to minimize the amount of foundation you use,” Ms. Jackson said. “You’ll slowly start to see that, yes, you can look and feel great without heavy concealing and foundation.” Many tinted moisturizers provide good coverage, she said, and will leave you feeling as if you’ve still got your full face on.

Ms. Davy added: “I would suggest taking a little foundation or concealer, watering it down with a liquid illuminator or a tinted moisturizer, and applying it all over.” If you have acne that is red or healing, she urges that you let it show through a bit or dab on a pigmented concealer, gently.

It’s important to recognize that some people may want to use full coverage foundation as a means of expression, and there’s nothing wrong with that. But in many ways the new era is ushering in a wave of self-acceptance.

“I used to think I couldn’t wear bold makeup because I had such terrible acne,” Ms. Davy said. These are the small steps, she said, toward normalizing the skin texture we have. 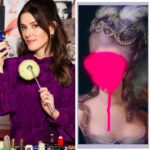 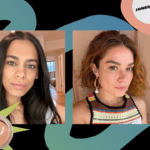 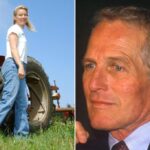 Polka Dot Begonia: Growing and Care Comprehensive Guide
29 mins ago
Biden and DeSantis finally talk as Hurricane Ian nears Florida
33 mins ago
This Is the Pepper That Makes KFC Taste so Good
45 mins ago