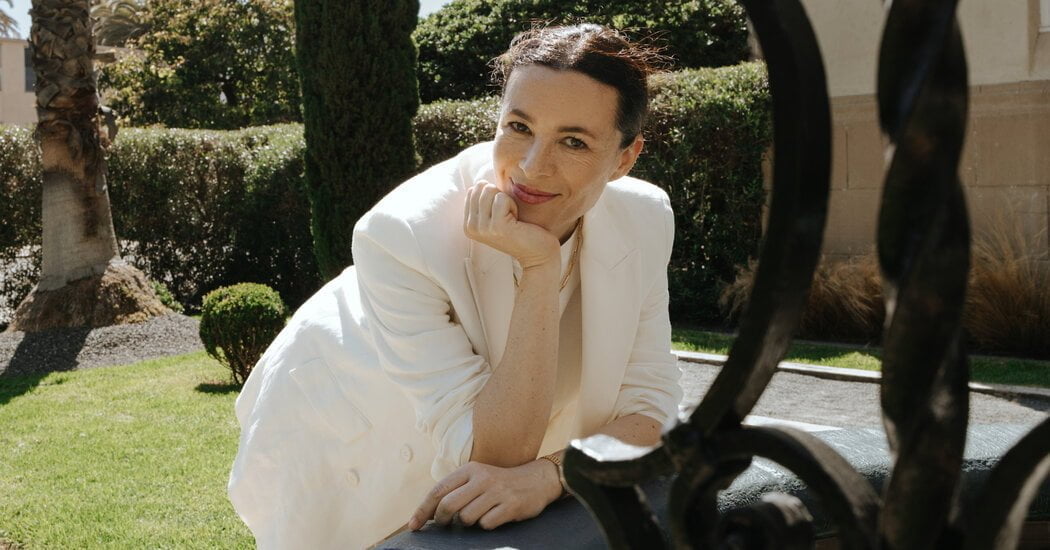 In 2019, Garance Doré went on a silent retreat. Over the course of six days at Spirit Rock in Northern California, she had a hard time not speaking to Emily Yeston, her roommate and business partner.

“Emily was very into it, but it was very difficult for me,” Ms. Doré said over Zoom. “It showed our personalities. I was trying to talk with her, and she was like, ‘Just go away.’ I don’t think I’ll ever do it again.”

Ms. Doré, 47, was at a crossroads in her career. She was a French-born fashion illustrator, who, in 2006, started a namesake blog. Five years later, she moved to New York City and, with Scott Schuman of The Sartorialist (with whom she was in a relationship for several years), became part of the original wave of street style and fashion bloggers who predated today’s social media influencers.

In photos, she looked like a quintessentially cool Parisian woman in slim jeans and crisp, oversize men’s wear-style shirts. But her writing was warm and candid, whether it was about feeling like a fashion outsider or her struggles with fertility.

“Somehow Garance Doré gives viewers the sense that they are in the urban splendor, too, or could be, or should be — strolling or sauntering, rather than linking and clicking,” Virginia Heffernan wrote in The New York Times Magazine in 2008.

Ms. Yeston, 32, has been working with Ms. Doré since 2011. “At the heyday, it was beautiful chaos,” she said. They worked with a scrappy camera crew on a series called “Pardon My French,” which began in 2012 as a video series and switched to a podcast format in 2016.

“We shot outside of the shows at fashion week, and at Cannes,” Ms. Yeston said. “But that was the street style moment, with a different point of view and a specific point in time.”

By 2019, media and the very idea of fashion influence had changed. The two women weren’t bringing in as much money as they once did. They started hosting retreats. “There was a disconnect there between what was feeding you and what made sense for the business,” Ms. Yeston said. “We were starting to compete against Instagram and Facebook to work with advertisers.” They knew they had to do something.

“I remember driving off from the retreat, and a lot of things started bubbling,” Ms. Doré said. On her drive back to Los Angeles, where she lived at the time, she called Ms. Yeston. “What came after this week of silence was that it was time for us to move on from the media,” she added. “We were burned out in many ways. The world that we had created was changing. We had had enough.”

But they didn’t know what would come next, or even if they should fold the site. They decided they didn’t want to let it go dark or let the community they had built around it fizzle, so they kept Ms. Doré’s blog up with a skeleton crew, posting just three days a week.

“When Covid came, I said, ‘Do we just close the doors?’” Ms. Doré said. “I would have said the story is finished.”

In 2020, Ms. Yeston came to her with an idea to create a beauty brand inspired by French pharmacy products. Ms. Doré immediately loved the idea. “I was always looking for the simple things I need everyday, like the Nivea cream your mom would put on your bum as a baby that you could also use as a mask for hydration,” she said.

They wanted simple and effective products reflective of what a pharmacy sells — particularly ones sought out by savvy tourists in Paris. Think cult beauty finds like Embryolisse moisturizer and Bioderma micellar water. Citypharma, a pharmacy in the sixth arrondissement known for its vast selection of French pharmacy brands, is accustomed to seeing non-French speakers queued up before its 8:30 a.m. opening time.

“We found a lab in France, which made the whole process smoother because they understood fundamentally what we were talking about,” Ms. Yeston said. Still, it took two years to refine formulas. Ms. Doré and Ms. Yeston wanted to have their line verified by the Environmental Working Group, whose trademarked EWG VERIFIED stamp indicates that a product meets its standards and is free of certain ingredients and chemicals.

“We wanted this beautiful blend of French pharmacy but with a clean standard and bringing it all together to get the formulas where we wanted them to be,” Ms. Doré said.

In June, Doré made its debut with three products: a moisturizer called La Crème ($36), a multipurpose balm called Le Baume ($12) and a cleanser called … well, Le Cleanser ($24). The look is no-nonsense with minimalist, almost plain green packaging and, as the marketing copy reads, “​​designed to minimize bathroom time and maximize outdoor time.” (Perhaps the addition of a sunscreen would be useful.)

The two women split up the work on the line, just as they had divided work for more than a decade. “I’m the creative,” Ms. Doré said. “I am good with visuals, the vibe, and I am ambassador in many ways. She takes care of the business things I couldn’t do on my own.”

They met over Twitter 11 years ago, when Ms. Yeston was freelancing for Lucky magazine. A fan of Ms. Doré’s blog, she saw that the site was looking to hire an editorial assistant. “I remember walking into her apartment in Greenwich Village, where an elevator opened right into it, and I was so intimidated,” Ms. Yeston said.

Ms. Doré remembers the interview, as well. “She was sitting there, so young, so fresh,” she said. Whatever Ms. Doré asked, she said she could do it. “I thought, ‘Either she’s completely telling me bull, or she’s the best person I’ve ever interviewed.’”

Ms. Yeston moved from New York City to Bedford, N.Y., two years ago. Ms. Doré moved to Los Angeles in 2017, then to London about a year ago to be with her boyfriend, the Scottish actor Graham McTavish.

“It was for love, and also wanting to be closer to my family,” Ms. Doré said. “I came back from America yesterday. I just love the U.S. so much. I miss it every day — look at me!” She starts crying a little and apologizes. “It means so much to me,” she said.

Ms. Doré and Ms. Yeston are focusing on a few more “fundamental products” to release in the coming year, but they aren’t revealing any specifics.

“We want to be a true essentials brand,” Ms. Yeston said. “We wanted to start in facial skin care and build trust with the consumer in that space. Think about everything at a pharmacy. We get excited talking about eyedrops.”

They are well aware that there is something of a gold rush happening in the beauty business, with new brands coming out at a dizzying rate. “The point of view is focused and clear,” Ms. Doré said of the lines that seem to drop daily. “And with a lot of new brands, it creates an energy. But we aren’t everything to everyone.”