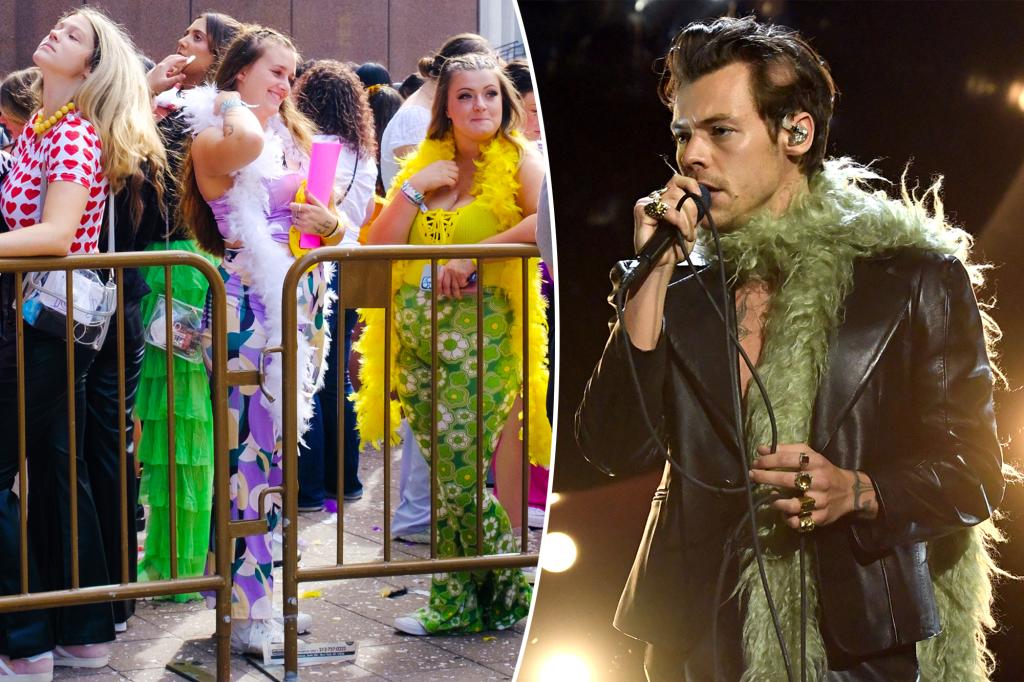 Hours before Adrianna Lauricella, 33, attended the Harry Styles concert on Aug. 26, she found herself frantically searching for a feather boa. But when the Party City on West 34th Street was sold out, she had to think fast.

“I had to call three other stores,” Lauricella, who works in public relations, told The Post.

She struck out at Michaels, and two other stores. Then, an hour before the show, she stumbled on one of the last remaining boas at costume store Abracadabra on West 21st Street. She begrudgingly shelled out $20 for a plain white tickler.

“I ended up getting one, but hot pink and the fun colors were all gone,” she said. “It’s a sign of the times.”

Call it boa constriction. Harry Styles’ 15-night residency at Madison Square Garden, which began on Aug. 20 and ends Sept. 21, has created a shortage of the feathery accessories. Rabid Harry fans are buying up all the boas in the city and leaving a trail of feather scraps around Penn Station. Enterprising concertgoers have even taken to selling their boas at a profit post-concert.

“We’re completely sold out because of Harry Styles,” Star, an employee at the Party City on West 34th Street, confirmed to The Post on Wednesday afternoon.

“We had at least 50 in each color [and] within the first two or three days [of Harry’s residency], we sold out,” said Star, who declined to give her last name. “It’s never been this busy. I’ve never had a concert where everybody wanted the same one thing.”

At Abracadabra, they’re selling at least 10 boas a day, a significant uptick over pre-Harry times.

“We’ve been selling all kinds of colors ever since the concert has been going on,” an anonymous employee told The Post.

Even celebrities are having a tough time getting a boa for the big show. A fan video posted on Twitter showed “Stranger Things” stars Millie Bobby Brown and Noah Schnapp asking to borrow a feather boa at a concert.

Others aren’t too pleased about the boa bonanza.

“I will never forgive Harry Styles for subjecting me to hundreds of girls in feather boas clogging the street with their inability to follow traffic patterns,” a seemingly jaded New Yorker tweeted.

Some fans planned ahead. Long Island-based Styles superfan Dianna Rainone, 18, who attended a show on Sept. 3, ordered green boas on Amazon back in July and paid around $7 each for three, she recalled. Now, the same boa is going for nearly $17 on the massive shopping site.

Kerri Elliott, 25, was in a dire state when she first tried to get a boa.

“I’d been planning my outfit for weeks — Party City was completely sold out for two weeks. Amazon’s [feather boas] were either back-ordered until Thanksgiving or more than $25 for a cheap, ugly boa,” Elliott told The Post, noting the back-ordered boas were less than $10 a piece.

“It was very frustrating,” she said.

Luckily, a friend came to the rescue and lent her a feather frock to rock for the concert.

“It would have been a fashion crisis otherwise.” 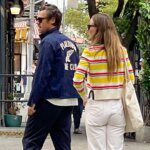 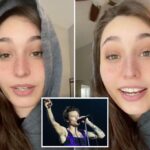 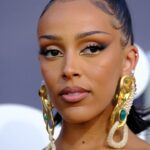 The best phone to buy right now
22 mins ago
Hurricane Ian has chance to grow to Category 4 as...
29 mins ago
How to File a FOIA Request (and the Dirt It...
31 mins ago