Home » His Audio Speakers Are Coveted by Supreme, Mark Ronson and Prada
Life

His Audio Speakers Are Coveted by Supreme, Mark Ronson and Prada 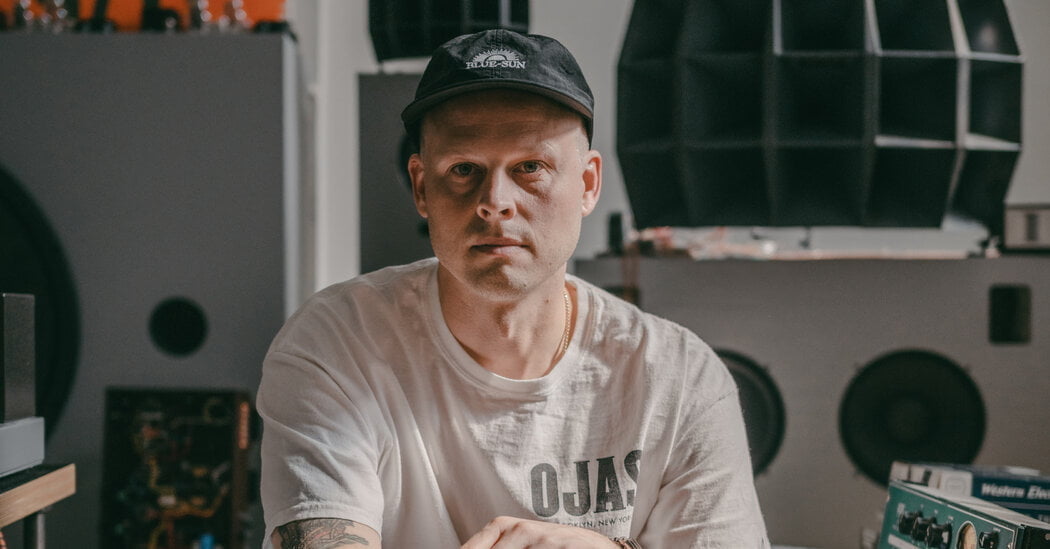 Mark Ronson was renovating his West Village townhouse last summer when an urgent question arose: What type of audio speakers should he — a Grammy and Oscar-winning songwriter and record producer — procure for his living room?

His interior designer, Michael Bargo, suggested a bespoke line of modular sound systems that he had never heard of: Ojas. Mr. Bargo first spotted a pair of Ojas speakers a year earlier, at the studio of the photographer Tyler Mitchell, and thought its Brutalist aesthetic and vintage hi-fi components suited Mr. Ronson’s own postmodern throwback style.

Still, his client was skeptical. “I’m not a particularly snarky person or anything, but I remember thinking, ‘What does this guy know about sound?,’” Mr. Ronson said.

To find out, Mr. Ronson paid a visit to the Brooklyn home of Devon Turnbull, 42, who started Ojas three years ago as a niche audiophile brand that caters to designers and artists. Streetwear aficionados may remember him as a founder of the highly influential brand Nom de Guerre from the early 2000s.

Soon, the plucky guitar sounds of Kenny Burrell’s 1963 jazz track, “Mule,” began to emanate from a four-foot-high subwoofer encased in a gray plywood box, and a matching pair of credenza-sized midrange speakers topped with an array of horn tweeters. The guitar strings were rendered with such clarity and dimension that it hit Mr. Ronson like a sensory epiphany — the eardrum equivalent of splashing your face in ice water.

“I was fully blown away,” Mr. Ronson said. “I genuinely had a spiritual experience listening to music that day.”

On the spot, he commissioned Mr. Turnbull to make a pair of speakers, as well as an amplifier, a turntable and a preamp. “My fool’s errand right now is trying to get the setup in my house to sound exactly how it sounds in Devon’s room, which is like trying to recreate the best toys from Santa’s workshop,” Mr. Ronson said.

It is audible conversions like these that have made Mr. Turnbull something of a shaman for discerning speaker heads. His clients have included the designer Virgil Abloh (an Ojas setup is included in the posthumous retrospective of Mr. Abloh’s creative life at the Brooklyn Museum); Don Was, the president of Blue Note Records; the rapper Tyler, the Creator; and Ben Gorham, the founder of Byredo (who collaborated with Mr. Turnbull on a speaker-inspired scent diffuser).

“When you first hear sound that sounds this natural and detailed, you start to trip out for a second,” Mr. Turnbull said on a recent Thursday afternoon, from his kitchen overlooking his minimalist Japanese garden. He was dressed in an oversize white T-shirt by Supreme, which was fitting because Ojas speakers hang from the ceilings of Supreme’s 14 stores worldwide.

“Supreme and I share an aesthetic of utility grade materials used in a very carefully-considered way,” he said.

Ojas speakers can also be heard at Public Records, an audiophile bar near the Gowanus Canal in Brooklyn; Lisson Gallery in Chelsea, where a holistic “listening room” crafted by Mr. Turnbull is open to the public through Aug. 5; and, in the fall, USM Modular Furniture’s showroom in Manhattan.

High fidelity comes at a price. Ojas equipment is made to order, starting from $2,000 for a D. I.Y speaker kit to $46,000 or more for special commissions, including an 11-foot-tall speaker that were installed at Prada’s flagship store in Manhattan for a party in May, before it was shipped to a nightclub in Mexico.

Each speaker takes Mr. Turnbull at least four months to make in a warehouse in the Brooklyn Navy Yard. A 30-inch woofer could take years to track down from an audio dealer in Tokyo. Vintage Altec Lansing parts are sourced from an old manufacturer in Oklahoma City.

Like a limited-edition sneaker drop, Ojas is sold at only a handful of web stores including Ssense and Canary — Yellow; most customers make their case by DMing Mr. Turnbull on Instagram.

In conversation, Mr. Turnbull often describes sound in metaphysical terms, but it’s not a gimmick. When he was 11, his family relocated from Long Island to a transcendental meditation center in Fairfield, Iowa.

At 19, he moved to Seattle, where he began DJing under the pseudonym, “Ojas” (a Sanskrit term roughly translating to “life vitality”), and enrolled in an audio-engineering program at the Art Institute of Seattle. Through a mutual friend, he met Alex Calderwood, a founder of the Ace Hotel chain, who, years later, would become the first person to commission a sound system from him.

He moved to Brooklyn in 1999 and enrolled at the New School, where he began experimenting with fashion and made T-shirts embroidered with felt appliqué that were sold at Alife, an underground streetwear shop on the Lower East Side.

In 2003, Mr. Trumbull co-founded Nom de Guerre, a men’s wear line with a word-of-mouth boutique in NoHo that, along with Supreme, helped set the stage for the rise of streetwear that now pervades fashion.

When Nom de Guerre folded in 2010 (“Men’s wear back then just wasn’t making money,” he said), Mr. Turnbull fell into a creative funk. “I lost any interest in streetwear,” he said. “I just wore Ralph Lauren undershirts and Levi 501s every day for 10 years.”

Unbeknown to him at the time, the brand’s militant skate-rat aesthetic left an impression on a new generation of tastemakers, including Mr. Abloh, who cited the brand as an influence on Off-White. The fashion-reseller website Grailed has called Nom de Guerre “the most influential streetwear brand you may have never heard of.”

After Mr. Abloh tagged Mr. Turnbull on Instagram, the pair became friends and sounding boards on topics as varied as graphics for Louis-Vuitton T-shirts and vinyl recommendations.

“Virgil was up on me when very few people were up on me,” he said.

Last November, Mr. Abloh and Mr. Turnbull collaborated on a speaker system just before Mr. Abloh died. Mr. Turnbull said he still occasionally “chokes up” when he thinks about his friend, and all the audio and fashion projects they had talked about.

“Virgil intuitively understood the communicative power of music,” he said. “Listening to records together was a sacred act.”

A French University Confronts Medical Crimes and Its Nazi Past