Home Life How Is Everyone Making Those A.I. Selfies?
Life

How Is Everyone Making Those A.I. Selfies? 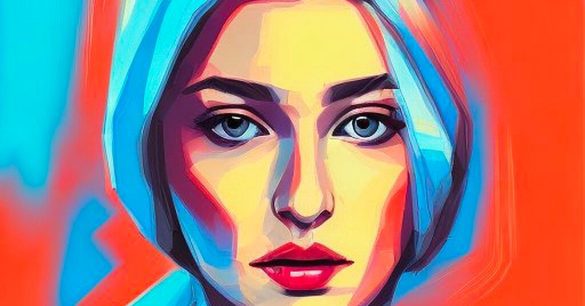 Have you noticed that many of your friends are suddenly fairy princesses or space travelers? Is your Instagram feed overrun with Renaissance-style paintings of people who were definitely born in the ’90s? If so, you are entitled to an explanation of what exactly is going on here (and it’s not time travel).

In the past week, users have flocked to Lensa AI, an app that uses your selfies and artificial intelligence to create portraits in a variety of styles. Created by the company Prisma Labs, the app is generating images — and controversy.

What is Lensa AI?

Even if you haven’t heard of Lensa AI, you’ve possibly seen its work this week. As of Wednesday, it was the most popular iPhone app in the United States in Apple’s app store. Lensa takes your selfies, studies them and churns out original, computer-generated portraits of you — or anyone whose photos you feed it.

Do I have to pay for it?

You do. Right now, you can get 50 avatars — 10 images in five styles — for $3.99 during a one-week trial period. (For $35.99 you can subscribe to Lensa AI for the year, which gets you a 51 percent discount on future avatars.) “Magic Avatars consume tremendous computation power to create amazing avatars for you,” according to Lensa’s checkout page. “It’s expensive, but we made it as affordable as possible.” Fair warning: Prices have been fluctuating as the app has gotten more and more popular and may have changed since this article was published.

How does it work?

After downloading the app, you’ll upload a bunch of selfies. (Do yourself a favor and don’t include any where your hands are touching your face unless you want to pay money to get back a mess of images with phantom phalanges hanging from your mouth.) Select a gender — male, female or other — and walk away from your phone for around half an hour, and when you return, presto. Your face, or something like it, has been stretched and squeezed across a suite of 50 to 200 — depending on what package you purchase — A.I.-generated images with themes including “cosmic,” “fairy princess” and “anime.”

OK, but how does it really work?

Lensa uses Stable Diffusion, which is when all the horses in a barn spread out to give each other a little space. Just kidding: Stable Diffusion is a “really powerful” A.I.-based image generator, said Subbarao Kambhampati, a professor in the School of Computing and Augmented Intelligence at Arizona State University. Similar to DALL-E 2 and Midjourney, Stable Diffusion uses image prompts (like your selfies) and text prompts (like “fantasy,” one of Lensa AI’s categories) to generate high-quality images that sometimes get “trippy,” Dr. Kambhampati said. “It’s showing you pictures that nobody took; it’s just able to stitch them up from all the other images that it has seen.”

It is cool! It’s fun to see yourself rendered as a painting or an anime character or a little woodland elf with eyes of two very different sizes and only one hand, even if you have two IRL. (Not every image is going to be perfect.) Some users, particularly transgender and gender-nonconforming people, are even finding that using Lensa to create can offer a sense of gender euphoria.

There are a couple of reasons that some users are bristling at the images Lensa AI is spitting out. The first is that many users are reporting that the art is sexualizing them. When we tested the app, several of the images we received after uploading selfies and selecting “female” included full-body renderings, despite the fact that users are specifically instructed to upload only close-up selfies. One image featured our avatar in a metallic bikini à la Princess Leia in “Return of the Jedi.” Another included only half a face atop a scantily clad body.

Prisma Labs states on its F.A.Q. page that “occasional sexualization is observed across all gender categories.”

Andrey Usoltsev, Prisma Labs’ chief executive and co-founder, told TechCrunch that using Lensa AI to engage in “harmful or harassing behavior” was a breach of its terms of use.

What are users saying about the app?

Yasemin Anders, 29, decided to use Lensa AI after seeing it on social media and was particularly excited to see herself recreated into an ethereal fairy.

She was, however, ultimately disappointed to see that Lensa had given her a thinner body and a slimmer face and neck. “If it’s smart enough to turn you into either a fairy or a manga figure, you would think there was some sort of smart enough software behind it to detect fat people, too,” said Mx. Anders, who lives in Berlin and works in marketing.

Other users are reporting that the app is making their skin appear lighter or whiter and is markedly altering their facial features, which Dr. Kambhampati said was an ongoing issue with generative A.I. tools, including Snapchat’s face lenses. “If most of the images you fed the system were of white faces, then it’s not surprising that when it tries to make an image that looks supposedly ‘better,’ it just makes it whiter,” he said.

How do artists feel about Lensa?

Stable Diffusion was trained on the creations of many artists who did not explicitly consent to the use of their work for Prisma Labs’s profit, Dr. Kambhampati said, adding, “If van Gogh was alive today, you’d probably need to pay van Gogh some licensing fee to make your pictures be in van Gogh’s style.” That is not what has happened here.

“To a lot of people, having our art stolen, they don’t view it as anything personal — like, ‘Oh, well, you know, it’s just a style; you can’t copyright a style,’” said Jonathan Lam, a storyboard artist who works in video games and animation. “But I would argue that for us, our style is actually our identity. It’s is what sets us apart from each other. It’s what makes us marketable to clients.” Mr. Lam, who lives in Vancouver, British Columbia, is one of many artists who have since spoken out on social media about the app.

He also noted that some of the works being generated by Lensa include what appear to be renderings of artists’ signatures. (Several of our own Lensa-generated images had scribbles where a signature might go on an IRL painting.) “All these tech enthusiasts are saying that these generators are creating something new, but if the artist’s signature is still there, it’s not something new,” Mr. Lam said. “It’s just generating something based on the data it was fed.”

“I think the general public is under the assumption that it is a program that has just learned to draw by itself in a vacuum, and they don’t realize the greater implication of the exploitation of data,” he added. “When you’re starting to see these things becoming monetized and real people being exploited and abused, it’s quite scary. And it’s even scarier when it’s disguised as a pretty application.”

Has Prisma Labs responded to these concerns?

Prisma Labs wrote in a Twitter thread that A.I. “will not replace digital artists” and pushed back against the characterization that Lensa was ripping off artists’ work. “The AI learns to recognize the connections between the images and their descriptions, not the artworks,” the company wrote. “As cinema didn’t kill theater and accounting software hasn’t eradicated the profession, AI won’t replace artists but can become a great assisting tool.”

“I doubt that the whole business model is, ‘Give us $10 or $15 and we’ll send you back an A.I. glam shot,’” said Jen King, the privacy and data policy fellow at the Institute for Human-Centered Artificial Intelligence at Stanford University. Lensa AI’s privacy policy claims that “face data” is deleted within 24 hours after it has been processed and is not used to identify any individual user — but it also states that your photos and videos can be used to further train Lensa’s algorithms. Would Dr. King use Lensa AI? “No.”

It Happened Online is a column in which we explain very particular bits of news enabled and amplified by social media. 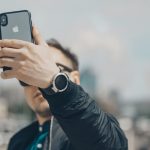 8 Reasons Selfies Are Good for Your Self-Expression 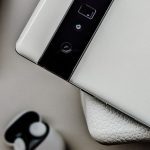 What Are Reddit’s Collectible Avatars and How Can You Get One? 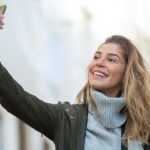 How to Use MSMDownloadTool to Save a Bricked Oppo, Realme, or OnePlus Phone