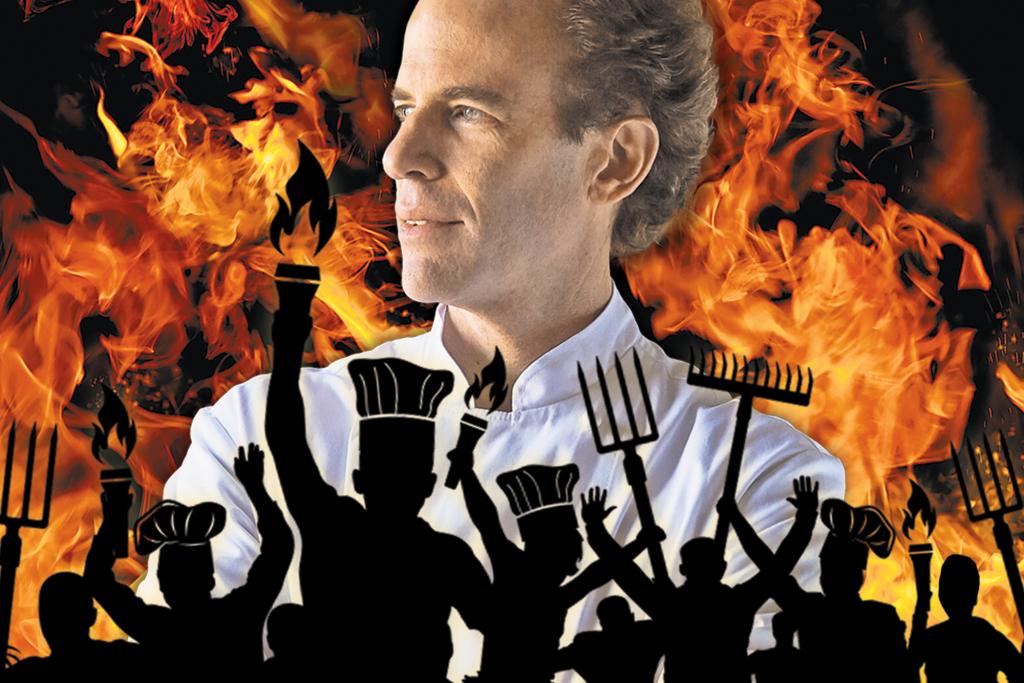 The restaurant industry is eating itself alive.

While now-disgraced food icons like Mario Batali and Ken Friedman were rightfully taken down for their illegal actions, scoop-hungry food blogs are now stooping to skewering chefs for the most minor offenses – and restaurant insiders are fed up by the cannibalism threatening to devour what’s left of a struggling industry.

The latest target? Sustainability evangelist Dan Barber and his Blue Hill restaurant empire, which was the subject of a recent Eater investigation wherein former employees called out the company’s working conditions and practices.

The bulk of the main article, published Wednesday on the Eater website, recounts the entirely unsurprising reality of working at Blue Hill Stone Barns. On the menu are “exhausting” 70-hour work weeks, minimum-wage labor and stressful working conditions. The piece cited hot-headed Barber — who has openly spoken about his anger issues — and Blue Hill leadership “yelling” at former employees who got their feelings hurt when their work was critiqued or as the report said, “publicly humiliating them for even minor mistakes.” One employee cried at work, “though they believed their experiences made them better cooks,” Eater wrote.

Sources also disputed just how local the restaurant’s butter is, how well pigs were sheltered from the heat in summertime and a “dark series of events” that culminated in a runaway cow being butchered — gasp! — after it escaped the farm. One more serious allegation centered around the restaurant’s handling of an alleged sexual assault outside of work.

While acknowledging that “there always has to be a forum for someone to speak their mind,” Eytan Sugarman, owner of White Horse Tavern and Hunt & Fish Club, said “there’s this feeling that owners and managers are the bad guys.” And, he noted “it’s not helpful at a time when the industry is on its knees.”

Others questioned what Blue Hill employees thought working at a highly acclaimed spot would be like.

“What do these kids think they’re walking into? Like it’s Sesame Street? I don’t understand. It’s a two Michelin-star restaurant. There’s a serious high standard and it’s going to be an intense working environment,” said Bryce Shuman, executive chef at Japanese restaurant GG Tokyo in NoMad and former executive sous chef at Eleven Madison Park. “When you are running a restaurant at that level, you’re operating at the edge of extremes. People who go to work for you understand that when they sign up.”

Indeed, some of the former employees cited in the Eater piece spoke up in defense of Barber, saying they were “unbothered by the culture at Blue Hill at Stone Barns” or “even thrived in it.”

The Blue Hill piece was the latest report to trumpet the feelings of former restaurant employees. Last month, Business Insider published an investigation into Eleven Madison Park, citing complaints from staffers that they were still hungry after a free family meal. Eater, meanwhile, has recently written takedowns of Jordan Kahn’s decorated Destroyer restaurant in Los Angeles and published an essay from a “traumatized” employee at David Chang’s Momofuku Ko in recent years.

But this latest takedown is being met with more resistance.

More than 100 current and former Blue Hill employees have signed a letter obtained by The Post asserting that Eater’s portrayal of the restaurant “does not reflect our experiences and paints a false portrait that we do not recognize.”

Eater is standing by its piece. “This story was thoroughly sourced, reported, and fact-checked and we are proud to have published it,” spokesperson Priyanka Mantha said in an email.

“Blue Hill and Dan have always strongly supported our team members and fostered a work environment where they can learn and grow,” a spokesperson said. “The article’s anecdotes by a small number of former staff paint a misleading picture that does not accurately portray our culture and our teams.”

‘Why Is Everyone Wearing Suits?’: #GentleMinions Has Moviegoers Dressing Up