Home » I Gave Up on High Heels. What Can I Wear Instead?
Life

I Gave Up on High Heels. What Can I Wear Instead? 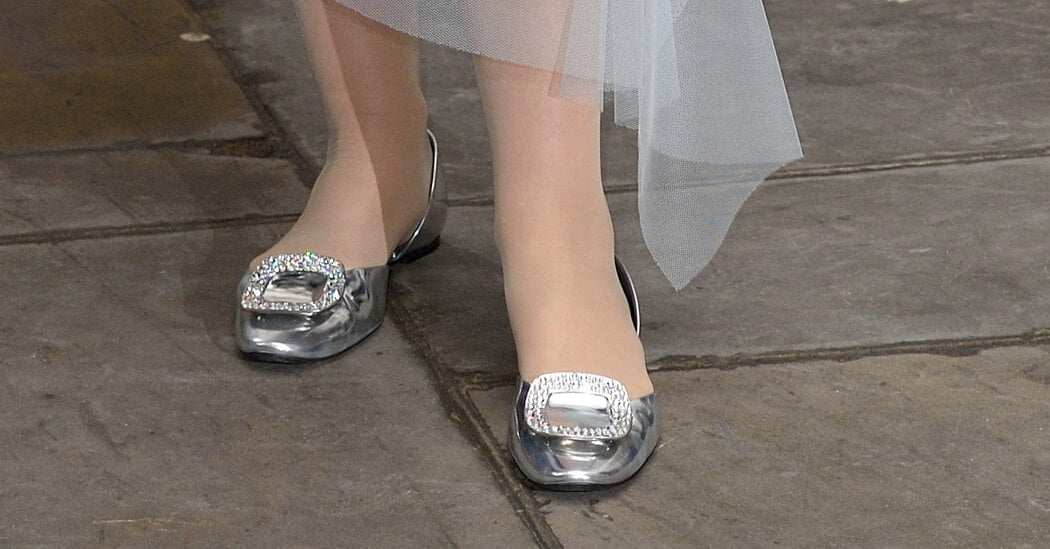 I will soon be attending my niece’s “formal-ish” wedding, my first since the pandemic. I have a nice dress to wear, but I don’t know what to do about shoes. I have sworn off heels — I don’t need them for work, and just got tired of the pain — but sneakers won’t cut it. What is the best flats option that will look stylish and event-appropriate, while not making me look like a child? — Ruth Ann, Bloomfield, Conn.

Yoko Ono married John Lennon in flats. Keira Knightley married her husband, the musician James Righton, in flats. Jerry Hall married Rupert Murdoch in flats. OK, maybe that last example was not the best, given they are now splitting up, but the point is: If these women, very much in the public eye, can wear flats to what is one of the most important dressing-up moments of their lives, the rest of us can also wear them.

There is such a thing as formal flats — and, as Christian Louboutin, of red sole fame and a man who doubtless spends more time than most of us thinking about the Tao of footwear, said when I asked, they “have no age limit.” (Then he added: “51 is the new 15!”)

There are so many possible options that it is perhaps best to start with what not to wear. Ballet flats, the go-to acceptable comfy, flat shoe-that-isn’t-a-sneaker since Audrey Hepburn wore them in “Funny Face,” can look childish and clichéd. Ditto Mary Janes. (There is nothing wrong with a little fashion irony, but maybe not at a wedding.)

Strappy sandals and mules are airy in the heat, but they demand a lot of foot care. If you are going to expose your toes and heels during a formal occasion, you want to make sure those toes and heels do not resemble the digits of a Disney-worthy evil stepmother. (Bad juju.) Depending on your tolerance for loofahs and pedicures, that may mean that the best solution is a simple closed-toe-and-heel style, perhaps with something of a pointed, rather than rounded, toe and a streamlined profile.

Then focus on color and embellishment. In the absence of eye-catching heels, that is what is going to raise — no pun intended — your flat shoe game.

Mr. Louboutin suggests that rather than trying to match your shoes to your dress, the best strategy is either to match your shoes to your skin (in 2013 he began offering a line called “nudes,” which has grown to include eight different skin tones) or opt for metallics like gold and silver. Either choice has the benefit of working with a variety of outfits, meaning they are an economical option.

(Generally, the better the materials and structure, the longer a shoe will last and the more comfortable it will be — but also the more expensive. You have to weigh the cost-benefit analysis, but this is one item that may be worth a bit of a splurge, which will pay off over time.)

You can play around with embroidery and sparkling additions that transform a basic flat into something special. For inspiration, look at the Dior couture shoe shown in January; the designer Maria Grazia Chiuri treated her flats and almost-flats like jewelry, encrusting them in jet beads and practically making them into art objects unto themselves. Then check out Badgley Mischka’s glimmering slip-ons or ankle-strap styles and Nine West’s rhinestone numbers.

Every week on Open Thread, Vanessa will answer a reader’s fashion-related question, which you can send to her anytime via email or Twitter. Questions are edited and condensed.

Eurozone unemployment remains stable at 6.6%, lower than in pandemic