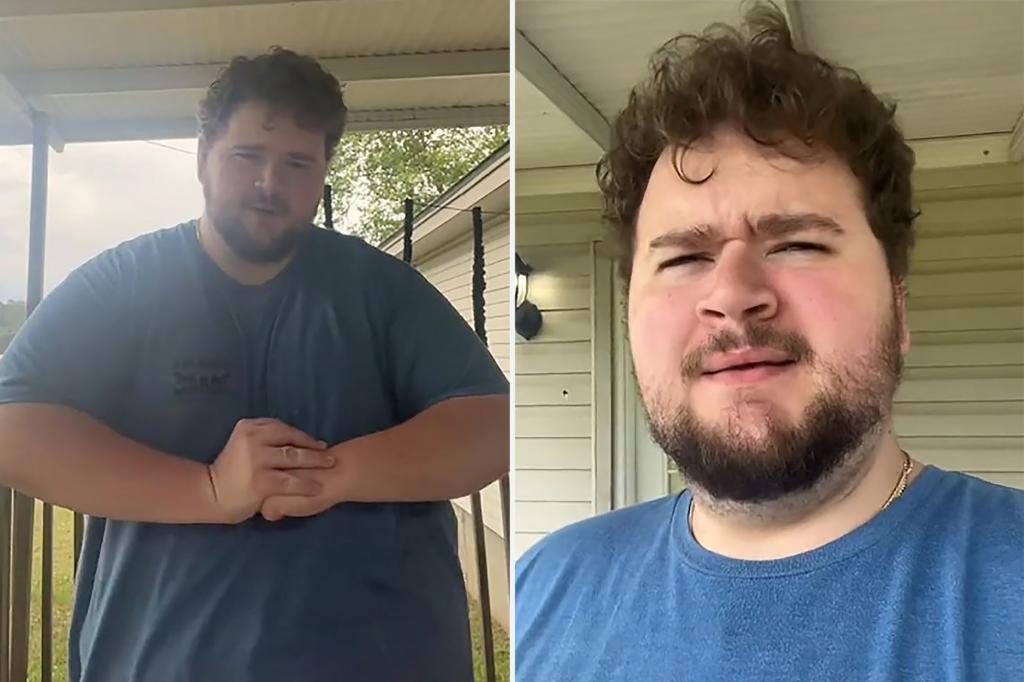 Obesity weighs heavy on the mind too.

An overweight man has spoken out about being designated a “fat friend,” describing it as the most “miserable existence that a person can have.”

Grayson Grant — who has not disclosed his exact weight — made the heartbreaking admission in a TikTok video that has garnered more than 7.3 million views.

In the clip, the 25-year-old spoke candidly to the camera as he showed off his body. “Let me give you my credentials. I am the ‘fat friend,’ and I have been the ‘fat friend’ my entire life,” he said.

“It is the most dehumanizing, miserable existence that a person can have,” he confessed. “I don’t think you really understand what it feels like to be the constant center of a punchline or a joke.”

Grant claimed that when people first meet him they either laugh in his face or react in disgust.

“Forget confidence, forget being happy and you can forget relationships,” he declared. “You only exist for their entertainment.”

However, the South Carolina native told viewers that he was ready to turn his life around. “I don’t want to be the fat kid anymore and I’m gonna die trying to fix that,” he insisted.

Lately, Grant hits the gym up to four times a week and has lost 27 pounds since starting his weight loss journey, he proudly revealed.

“Congratulations on the weight loss. BUT you don’t need to loose weight to make you worth respect. You should be treated with love no matter your size,” one declared.

Another asked, “If it’s so miserable, why didn’t you do anything about it sooner? Honest question.” Responded Grant, “You wouldn’t understand unless you’ve been there.”

Meanwhile, his frank critique has helped him gain more than 336,000 followers to witness his fitness recovery.

In his most recent video, an optimistic Grant wrote, “Looking forward to the day where I’m seeing my favorite bands and I don’t have to wonder whether they have my t-shirt size.”

‘Barbie’ star Ryan Gosling: Ken sure is pretty but he’s a loser