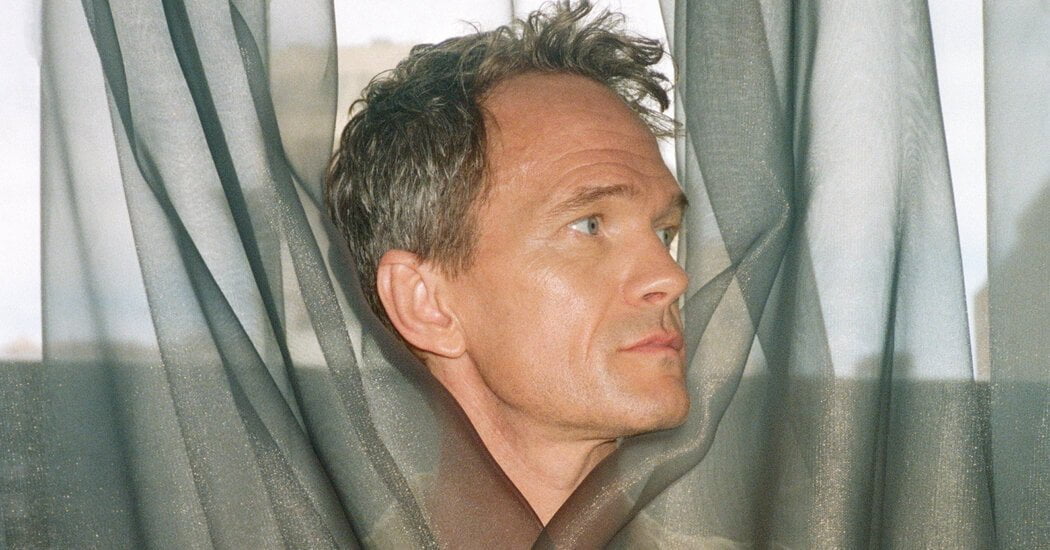 Neil Patrick Harris loves puzzles. He loves games. He has designed a single-player board game, Box One; he plays Wordle daily and consistently scores a 3. An accomplished magician, he delights in magic tricks. Every issue of his newsletter, Wondercade, comes with a riddle of one kind or another. His personality is fizz and bounce, with just a touch of guile. He tends to look like he is up to something. Something fun.

His house in the Hamptons, which I visited on a recent, stupidly perfect Sunday — had he somehow gamed the weather? — is larded with jokes, fake-outs and pranks, which begin at the doormat and never really stop. (There is, I am reliably informed, an indoor slide.) The screened porch where we chatted was ornamented with an enormous Jenga set. Other games lingered on a trolley nearby.

But the game that Harris, 49, plays like no other is the game of his own career. A child star, as the prime-time prodigy Doogie Howser, M.D., he managed the transition to adult work with relative grace. And when he came out as gay, in a sunny statement released to People, his career never narrowed or faltered. He is now, if anything, even more beloved. And with his husband, David Burtka, an actor and cookbook author who was in the kitchen preparing homegrown carrots eight different ways when I arrived, he has become a symbol of gay domesticity.

While many out actors face constricted opportunity, Harris has gone on to star in comedies, dramas, musicals. He has played heroes, villains, straight romantic leads, unrepentant libertines and, in the Broadway debut of “Hedwig and the Angry Inch,” a slip of a girlie boy from Communist East Berlin. As an in-demand award show host, he plays a flashy, tuxedoed version of himself. In the Harold and Kumar movies, he plays a different version, a hedonist who cavorts with strippers and rides a unicorn.

“He is a unicorn,” said Pamela Fryman, a longtime friend and director who worked with Harris on “How I Met Your Mother.” “In every which way possible.”

In “Uncoupled,” the eight-episode comedy from Darren Star and Jeffrey Richman that debuts on Netflix on July 29, Harris tries out a new trick that is also an old trick, one he hasn’t attempted since his Doogie days: He’s playing a part that feels close to the person he actually is.

“It was like getting to be in a ‘Sliding Doors’ version of my own life,” he said of the role, referencing the 1998 movie in which Gwyneth Paltrow’s main character moves through alternate futures. “There hasn’t been a part this close to the adult version of me.”

Harris stars as Michael, an elite real estate broker floored (sometimes literally, there are several pratfalls) when Colin (Tuc Watkins), his partner of 17 years, leaves without warning or explanation. Throughout the series, Michael moves through the stages of grief — denial, anger, bargaining, depression, acceptance. Sometimes he moves through them all during a single text message thread composed in the back of a cab.

Then again, it isn’t all grief. “I got to live this other version of, what if I was single in New York and had a Grindr account? Which, I don’t,” Harris said. “So it was kind of saucy and salacious as well.”

Star and Richman hadn’t written the pilot with any particular actor in mind. But when it came time to cast the show, they knew they wanted Harris. “Neil was our very, very, very first choice,” Star said, on a video call from France. (He was in Provence shooting “Emily in Paris.” Hard life.)

They wanted him for his talent and his looks but also for his popularity, which they hoped would keep the comedy from feeling overly niche. (Is there still anxiety about the appeal of a gay romantic comedy in a post “Fire Island” and “Love, Simon” world? Apparently there is.)

“He’s so loved by so many people,” Star said of Harris. “He’s so mainstream.” The creators wanted everyone to relate to Michael. “Straight and gay, male and female, everybody,” Star said. If Harris played him, they would.

With Harris on board, they wrote the rest of the episodes, and those episodes improved on the pilot. This is something that others who have worked with Harris invariably told me: His gifts and his work ethic liberate those around him to do their best work.

“He was even more talented than I thought he was,” said Barry Sonnenfeld, the showrunner of “A Series of Unfortunate Events.” He helped create several song-and-dance numbers just for Harris. “How I Met Your Mother” gave him a production number, too.

“He opens up your world in such a way that you know you can write anything and he’ll deliver,” Fryman told me.

Harris doesn’t sing on “Uncoupled,” and he doesn’t dance solo. But he did do a few of his own stunts, including one in which he falls backward down a mountain. And he balances deep grief, sassy sex scenes and gross-out comedy with apparent ease.

“To have an actor who can basically do anything you throw at him, it inspired us to step up our game, to give him the best possible material we can,” Star said. “Because we know he can play it.”

Harris described himself to me as a technical actor, not an introspective one; a craftsman, not a psychologist. (As a child he wanted to be a stuntman at Universal Studios. He still wants this — hence that mountain thing.) You can see that craftsmanship in his past roles, like Count Olaf, the disguise-loving baddie in “A Series of Unfortunate Events,” or Barney, the Lothario he played in “How I Met Your Mother,” who could place a pointed pause into the middle of the word “legendary” and somehow get away with it.

Harris also enjoys ridiculous personal charm and boyish good looks. He called those good looks a crutch and then corrected himself: “a weird albatross,” he said. But for some roles, that’s enough.

Michael required something more, something to counter the pratfalls and the vomit-in-a-jacuzzi scene. So Harris did what he almost never does: He made the part personal. He imagined what it would be like to come home and find that Burtka, his partner of 18 years, had left him.

That act of imagination and the ways in which he applied it to the role were “very opening,” he said, “very, very vulnerable.” (It was at about this time that Burtka peeked into the room and presented me with a bag of garden produce, which sent me home on the bus looking as if I had robbed several farm stands. He doesn’t seem to be going anywhere.)

Harris doesn’t usually access that kind of openness, probably because he spent a lot of his 20s maintaining careful boundaries between his personal and professional lives. He used to second guess himself constantly, wondering if he should cross his legs, how he should hold a drink. He used to walk red carpets separate from his date.

“I was suppressing my own freedoms because I was worried that I would be giving away something, and that someone would see through the guise,” he said. That changed once he came out, at 33. “I was definitely able to exhale more and just stand taller,” he said.

Friends noticed, it too. “I think it did him wonders,” said Brooks Ashmanskas, an “Uncoupled” co-star who has known Harris for nearly 20 years.

Over the years, he has taken down some of those boundaries. His 11-year-old twins have helped. “Because I’m a dad now, I’m around vulnerability a lot with my kids,” he said. All of this allowed him to pour some very personal fear and fretfulness into the role.

But some boundaries remain. I had asked him some questions about whether “Uncoupled” would be meaningful in terms of L.G.B.T.Q. representation, if he ever felt pressure to maintain his poster-boy persona. He responded in the most general terms, but with such warmth and politeness that he never seemed especially evasive. If he had more pointed or intimate answers, he kept them to himself.

“I’m going to be most successful in representation by maintaining an apolitical stance,” he said. “I want people to see me as a representation of positivity. I want them to watch my work without bias.”

So this is another of his games. Watching “Uncoupled,” seeing that naked emotion, suggests a magician peeling back the curtain, showing you how the trick is done. Is this, finally, the real Harris? But when magicians do that, it’s really only to complicate the trick. That onscreen vulnerability masks Harris’s other devices: his showmanship, that slightly insane work ethic (some of which he credits — still! — to impostor syndrome) and a very busy brain calculating endless permutations of intonation, gesture and expression. Then the cameras switch on and he makes it all look easy.

“Part of his magic is the work that he does; it’s behind that door over there,” Fryman told me. “He doesn’t need you to watch that work. He needs you to sit in the audience and be overwhelmed by the performance.”

To put it another way, Harris always has something up his sleeve. On that Hamptons afternoon, he was wearing a snug, short-sleeved blue polo. Just before I left, he tugged the cloth above his left biceps and showed me a fresh tattoo — a magician’s hat with a rabbit peeking out. The rabbit held a three of hearts — for Burtka and their children. Then he put the sleeve back down.

“I’m also a magician, and I have a belief in the magician’s ethos,” he said. “Not everything has to be known to everyone all the time.” 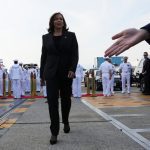 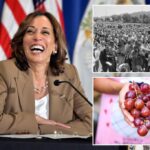 Grapes of wrath: Kamala Harris claims to eat first in her 20s over labor boycott but dates don’t add up 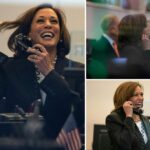