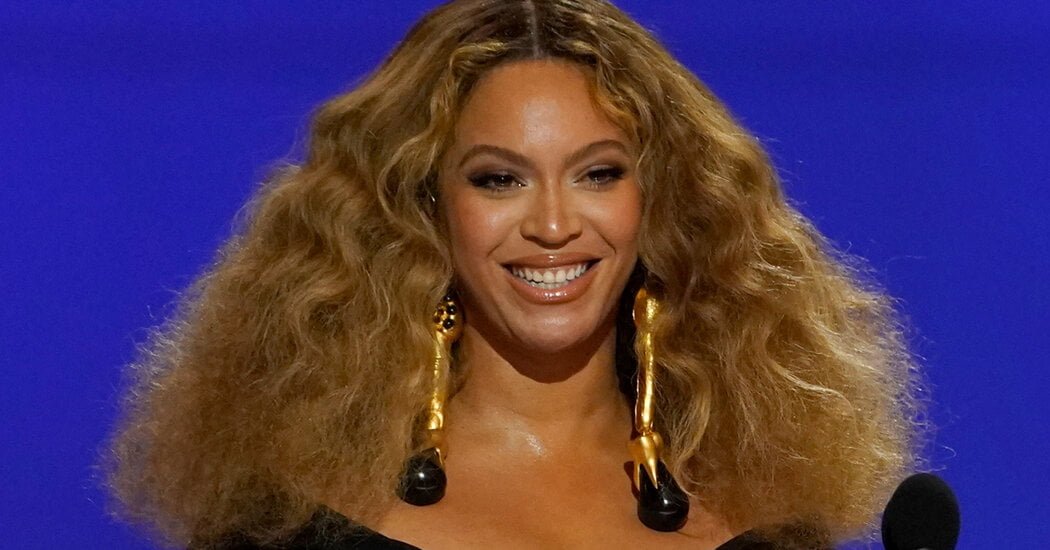 An upbeat lead single ready for radio. An album title and release date with plenty of notice. A magazine cover story, followed by a personal mission statement, a fresh social media account, a detailed track list and a merchandise pre-sale.

For most musicians, these are time-honored bullet points in the playbook for introducing a major new album. But for Beyoncé, who has spent the last decade-plus upending all conventions about how to market music, the rollout of “Renaissance,” her latest album due out Friday, is a striking shift — and perhaps a tacit acknowledgment that the game has changed.

Before “Renaissance,” Beyoncé’s seventh solo studio album, the last time the singer participated in such industry-standard baby steps, with “4” in 2011, President Barack Obama was still in his first term and a European music start-up called Spotify was just arriving in the United States. Since then, there hasn’t been much about the formula for selling new music that Beyoncé hasn’t tweaked, disrupted or dismantled altogether.

First there was “Beyoncé,” the paradigm-shifting surprise “visual album” from 2013. Then came “Lemonade” (2016), an allusion-packed tour de force that arrived with more mystery as a film on cable television. By partnering closely with Tidal, the streaming service then controlled by her husband, Jay-Z, and with media behemoths like HBO, Disney and Netflix, Beyoncé has positioned one ambitious multimedia project after another as something to be sought out and carefully considered, rather than served up for easy access and maximum consumption.

That work, and the innovative way she has released it, has helped Beyoncé skyrocket in artistic stature. Yet it has also served to distance the singer somewhat from the pop-music mainstream, siloing her material — the “Lemonade” album wasn’t widely available on major streaming platforms until three years after its initial release, while its full film is currently available only on Tidal — and potentially hamstringing her commercial performance.

Beyoncé’s last No. 1 single as a lead artist, “Single Ladies (Put a Ring on It),” came in late 2008. Despite the fact that her 28 Grammy Awards make her the winningest woman in music, she has not taken a trophy in a major category since 2010. Radio play for her new solo releases has dipped significantly since “4.” And while her six solo albums have all gone to No. 1, in-between projects like “Everything Is Love” (a surprise joint album with Jay-Z), the “Lion King” soundtrack and her concert album “Homecoming” have each failed to reach the top.

Still, the paradox of Beyoncé has meant that even as she has slipped somewhat on the charts, her larger cultural prestige has remained supreme, driven by the mystique and grandeur she brings to each project. (“My success can’t be quantified,” she rapped on “Nice,” from 2018, sneering at the importance of “streaming numbers.”)

“She’s still the leader of the culture, regardless of relatively minor data points in her world like album sales and radio play,” said Danyel Smith, the veteran music journalist and author of the recent “Shine Bright: A Very Personal History of Black Women in Pop.”

Inside the World of Beyoncé

The superstar singer has become a seismic cultural force.

“There are people that exist in this world to shift the culture, to shift the vibe,” she said in an interview. “It matters to some degree, the singles or the albums or radio play, but what really matters is that they make us look in a new direction.”

From the start, however, the rollout of “Renaissance” has been different — more transparent, more conventional. Described by Beyoncé, 40, in an Instagram post last month as “a place to be free of perfectionism and overthinking,” the album is being positioned for mass consumer awareness and fan excitement, with four different boxed sets and a limited-edition vinyl version having already sold out on the singer’s website.

“She and her representation are recognizing that things have changed since her last album release, and she has to go full-court press,” said Rob Jonas, the chief executive of Luminate, the music data service behind the Billboard charts. (Representatives for Beyoncé and her label declined to comment.)

Behind the scenes, the luxury of having advance notice and — hallelujah! — an early promotional single can give industry gatekeepers, like radio stations and streaming services, the runway to get themselves involved before an album’s launch.

“To have anything prior to the drop is a gift,” said Michael Martin, a senior vice president of programming at Audacy, which runs more than 230 radio stations around the country. “When you have time to prepare, you can be a better marketing partner with the artist and label and management. You can have everything ready to push out at the moment the project hits the ecosystem. That’s what you want. You don’t want to scramble.”

“Break My Soul,” a throwback to 1990s dance music and the first single from “Renaissance,” was released more than a month ago. With 57 million streams and 61,000 radio spins in the United States, according to Luminate, the song currently sits at No. 7 on the Billboard Hot 100 — its peak thus far and only the third time Beyoncé has hit the Top 10 in the last decade as a principal artist. (Her two most recent chart-toppers came as a guest: “Perfect Duet” with Ed Sheeran, in 2017, and “Savage Remix” with Megan Thee Stallion, in 2020.)

Yet as with most things Beyoncé, the commercial and the artistic can work hand-in-hand. Smith said that the preparations for the release of “Renaissance” matched its teased vintage touchstones — for example, the special attention paid to the album’s elaborate vinyl packaging, which has once again become a fixture of big-tent pop releases.

“Once I realized that Beyoncé was reaching back a bit, musically and artistically, with her sound and her allusions, then the rollout began to make sense to me,” Smith said. “It’s all very meta.”

Another recent key development is Beyoncé’s arrival on TikTok, the home of bite-size, shareable videos that has been one of the most reliable drivers of music hits for at least three years now, as well as a go-to hype platform for younger stars like Lizzo and Cardi B.

This month, Beyoncé’s official account posted its first TikToks — a montage of fans, including Cardi, dancing to “Break My Soul,” followed by the vinyl artwork reveal for “Renaissance” — and the singer recently made her entire music catalog available to score user-generated videos on the platform.

Short-form videos drive “massive awareness and downstream consumption,” said Jonas, of Luminate. “We’ve got a clear line of sight on that.” Even before her participation, Beyoncé songs like “Savage Remix” and “Yoncé” thrived on TikTok.

Whether or not the straightforward release of “Renaissance” represents a return to total pop domination for Beyoncé, there is still the chance that she has more moves to make. The album, after all, has been teased by the singer as “Act I,” indicating that it could be just a piece of a larger project.

“It all feels a little bit too much like she’s playing by the rules right now,” Jonas said. “I wouldn’t be surprised if there is some twist that we are not aware of yet.”

Part of Beyoncé’s cultural mastery, Smith said, has included the ability to make herself scarce at some moments and then to once again become center of everything when she chooses. “At this point, she allows air to others, but it’s at her whim, as she sees fit,” Smith said. “Her overall impact — how she moves, what she wears — is unmatched.”

She added, “I believe if Beyoncé woke up and decided, at the age of 42, 45 or 50, that she wanted to rule the culture across all data points and impact then she could — like Cher before her, like Tina Turner before her — really without breaking a sweat.”

Gucci Unveils a New Line of Joyful Furniture and Homewares