Japanese man finds dream job by getting paid for ‘doing nothing’ 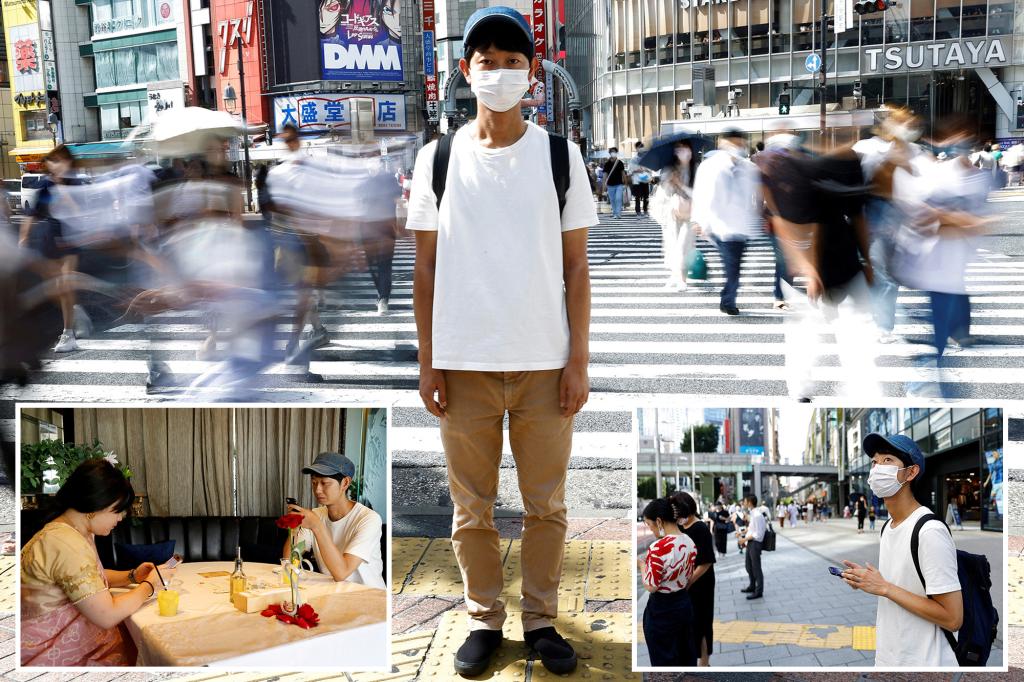 A resourceful Japanese man has found his dream job — getting paid for “doing nothing.”

Shoji Morimoto, a former publishing company worker, rents himself out to simply be there for lonely folks — once even paid just to wave goodbye to one destitute traveler.

Morimoto, 38, said he charges clients about $71 for just being there, with about 4,000 bookings over the past four years — making enough money to support his wife and child.

“Basically, I rent myself out,” he said. “My job is to be wherever my clients want me to be and to do nothing in particular.”

His gigs have included a job simply riding a see-saw with one client at a local park, and sitting at a restaurant with a woman who feared her Indian sari would embarrass her friends if she wore it in public — so he stepped in.

“With my friends, I feel I have to entertain them,” the client, Aruna Chida, a 27-year-old data analyst, said of Morimoto’s service. “But with the rental guy, I don’t feel the need to be chatty.”

He said he first got the idea after being repeatedly chided for doing nothing while holding down his more traditional publishing job.

“I started wondering what would happen if I provided my ability to ‘do nothing as a service to clients,” he said. “People tend to think that my ‘doing nothing’ is valuable because it is useful [to other people].”

“But it’s fine to really not do anything,” he added. “People do not have to be useful in any specific way.”

Yet Morimoto has boundaries — he won’t take requests for anything sexual, and has turned down jobs to move a refrigerator and travel to Cambodia.

But he’s not the only one with a weird job in Japan.

Earlier this week, The Post reported that the Japanese are looking to pay someone to come up with a campaign to get young people to drink more booze.

The initiative, cooked up by the country’s tax agency, is looking for proposals for programs get young people to imbibe more to “revitalize” the liquor industry.

Japan has seen its alcohol industry dry up in recent years and hopes to help pay off the nation’s massive $8.3 trillion debt by increasing liquor sale tax revenues.

According to the BBC, the average Japanese citizen drank about 22 gallons of booze every year in 1995, but the number dipped to about 16 gallons by 2020.

Jodie Turner-Smith May Be Joining the Star Wars Franchise

Why Kate Hudson Isn’t Trying to Emulate Mom Goldie Hawn’s...
47 mins ago
Comme des Garçons and Co. Show Everyone What They’ve Been...
49 mins ago
Colorado man who allegedly tried to kidnap girl turned in...
50 mins ago