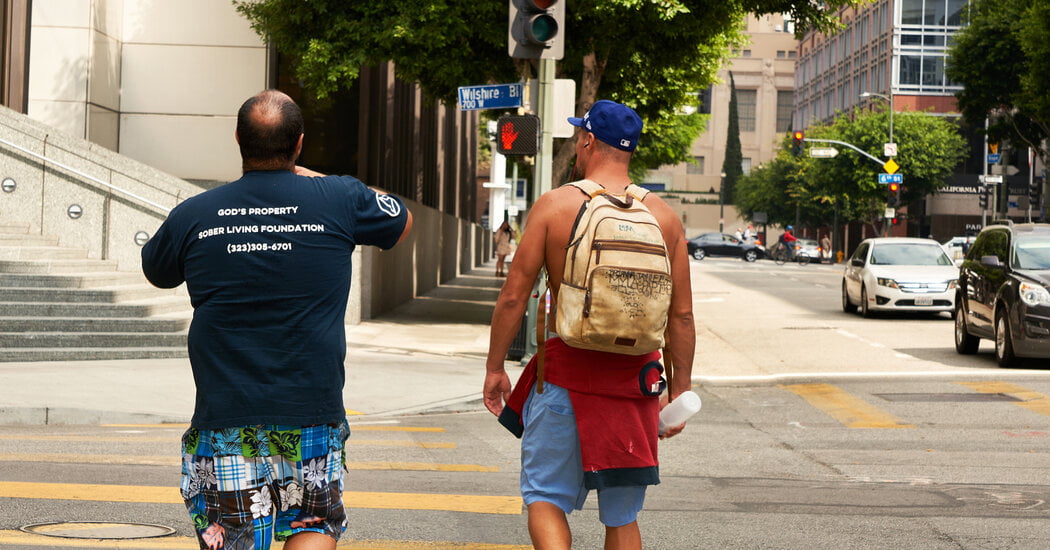 It seemed safe enough, although the red figure on the pedestrian sign was illuminated. The neighborhood was quiet, and there was almost no car traffic. Still, it was something of a risk. For nearly a century, California has had one of the strictest jaywalking laws in the nation. Anyone crossing against the light or outside of a pedestrian crosswalk could be charged with an infraction and hit with a fine of up to $250.

Robinson, a professor of gender and sexuality at the University of California Riverside who uses the pronoun “they,” started walking. As they reached the other side, a police officer swooped in on a motorbike and issued a ticket. Days later, a notice came in the mail informing them that they had to pay a $202 fine.

“It was right before my birthday, and I thought, Well, at least I’ve made it nearly 35 years without getting a jaywalking ticket,” they said. “It is sort of absurd.”

“I’ve jaywalked carefully a lot,” they continued, “and it’s never been a problem in any other city. It reminded me that L.A. is for cars, not pedestrians.”

Starting Jan. 1, thanks to the “Freedom to Walk” act, people in California will no longer have to worry so much about breaking the law when they are safely crossing a street. Signed into law by Gov. Gavin Newsom, the act was designed to give pedestrians in the state more leeway. No longer will they be charged with an infraction or fined for crossing outside designated intersections — with the caveat that police officers may still give tickets to pedestrians who are creating a safety hazard, in their view.

Of the 14 Los Angeles residents interviewed for this article — excluding activists and politicians who pushed for the Freedom to Walk act — 11 said they were looking forward to the change.

“Whatever gives more power to the walker, right?” said Ryan Halie Gossett, a 24-year-old bartender who was having an iced coffee at a cafe in Echo Park Village. “I love jaywalking. I do it all the time. It’s convenient. I’m smart enough to know if cars are coming.”

“I feel that in L.A. the walking and cycling culture should be bigger,” she continued. “It’s like we all have Stockholm syndrome, because we’re made to think we need to drive. And it’s like, no, we actually don’t. It’s nice to feel like I’m in Europe, you know?”

Her friend Marcus Lopez, a 24-year-old marketing manager, agreed. “I’d love to live somewhere more walkable,” he said. “I drive — and I should definitely not be allowed to. The thing about L.A. is, it forces people who are terrible drivers to drive. The road is stressful when you’re driving and stressful as a pedestrian. I want to run across, even when I have the right of way, just to be clear of it.”

At a nearby table sat the Dorrien family: Matt and Alison; their 5-week-old baby, Miles; and their Airedale terrier, Ducky. “We moved from Portland, Oregon,” Mr. Dorrien said. “It’s really relaxed there in terms of jaywalking.”

“Portland respected walkers more than cars, and you felt that,” Ms. Dorrien said. “Here, it’s the opposite.”

Before it was signed into law, the Freedom to Walk act was backed by more than 90 pedestrian advocacy groups, with many supporters seeing it as a step in a cultural shift toward a pedestrian-first mind-set. “It’s the start of taking the streets back and making them for people again,” said Michael Schneider, the founder of Los Angeles group Streets for All.

He added that there was work to be done on the city’s infrastructure to allow for safer interactions between pedestrians and those behind the wheel. “At the moment, it’s difficult for people not in a car,” he said. “The light systems are designed for maximum car convenience. There’s a lack of speed enforcement, raised crosswalks and a lack of shade for those walking.”

Those factors, he added, have made walking in the city a sometimes precarious endeavor.

Drivers of cars and trucks killed an estimated 7,485 pedestrians in the United States in 2021, the highest number since records began, according to the Governors Highway Safety Association. In Los Angeles that year, there were 128 pedestrian fatalities, according to the Los Angeles Police Department, an increase of 6 percent over 2020.

A century ago, when automobiles began to fill the streets and pedestrian deaths soared, the news media depicted reckless drivers as the problem. “Jay,” an insulting slang term similar to “hick” or “rube,” was commonly used in the phrase “jay-driver,” which denoted errant drivers of horse-drawn carriages and motorized cars.

The automobile industry fought back, making the case that pedestrians needed to watch their step. In 1925, Los Angeles, then the most motorized city in the world, introduced a traffic ordinance prohibiting the activity that became known as “jay-walking.” The rest of the country largely adopted the Los Angeles model.

Ever since, the policing of pedestrians has overly affected Black and Hispanic walkers, according to supporters of the Freedom to Walk act. Data from the California Racial and Identity Profiling Act shows that Black people in Los Angeles were 3.7 times more likely to be cited for jaywalking than white pedestrians by the Los Angeles Police Department. Phil Ting, a San Francisco assembly member who helped write the “Freedom to Walk” legislation with a fellow assembly member, Laura Friedman of Glendale, said that the state’s uneven enforcement was an impetus behind the reform.

“Unfortunately, the jaywalking laws weren’t being enforced across the state equitably,” Mr. Ting said. “In Beverly Hills we found that in one year they issued 200 jaywalking fines, with nearly all of them going to African Americans. Minority groups don’t need to be harassed by law enforcement. We’ve seen how that can escalate.”

Sheba Sahlemariam, an Angeleno, said she was an occasional jaywalker before she got a ticket for crossing a street outside a designated intersection to avoid someone walking toward her. She said she believed she might have charged with the infraction in an instance of racial profiling.

“I suspect it, and not knowing makes me feel a little gaslighted,” Ms. Sahlemariam said.

After the new law goes into effect, she said she does not plan to cross streets in the middle of a block.

“It should not be a criminal offense,” she said of jaywalking. “There are bigger fish to fry. But will I? Nope. Not in L.A. It’s not worth the hassle, the trauma.”

Still, she said she sometimes finds herself tempted to walk where she wants without paying attention to local legal restrictions. “There are days right now where I just want to do a hot girl walk — you know, from TikTok — but I’m afraid I’ll get fined,” she said.

On the corner of Wilshire Boulevard and Hope Street, Anthony Jones, a small-business owner who said he had recently moved to Los Angeles from Las Vegas, stood still, waiting prudently for the traffic light to change, even as a number of others darted into the crosswalk on foot. In an interview, he said he was taking only a momentary respite from his usual habits.

“I jaywalk all the time,” said Mr. Jones, 28. “Basically, daily. I’m actually horrible about it. But I do it safely.” The only thing that gave him pause, he added, was that someone else with less street sense might follow his lead and end up harmed.

In Boyle Heights, a predominantly Hispanic neighborhood, not everyone who was interviewed on a recent afternoon was a proponent of jaywalking reform. Ramiro Arana, a 54-year-old violinist, said he recalled his first and only jaywalking ticket from 1992. “It was $35,” he said, “and I learned my lesson. I don’t think we need new rules. Crossing roads is always dangerous. It’s for our safety.”

For Noel Jaramillo, 43, the owner of the nearby La Casa del Musico shop, the coming change has stirred mixed feelings. “I do it sometimes,” he said. “I avoid it, though, because it is dangerous. And I think when it hurts the pocket, that’s when we learn our lesson. But I understand why people do it. It’s not always easy to get places on foot.”

In Virgil Village, the late afternoon sun was beating down as Lidia Gutierrez, 40, and her 9-year-old daughter, Katherine, crossed a street far from the nearest intersection on their way toward buying some pupusas.

“It’s frustrating,” Ms. Gutierrez said. “You don’t want to. I’m trying to get to the restaurant. The lights are long way up there, but the shop is right here.”

A few weeks earlier, she added, she had signed a petition. It was for a more walkable Los Angeles. 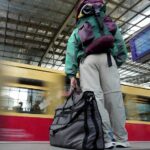 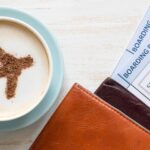 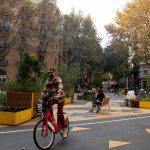 9 Fall Photography Projects You Should Try With Your Macro Lens

73 Questions With Jennifer Lopez | Vogue
24 mins ago
Concern grows about Paul Whelan, an American imprisoned in Russia.
30 mins ago
4 Reasons the Rivian R1S Is Better Than a Tesla...
1 hour ago