Home Life Mahler’s Having a Moment. He’s Got Lydia Tár to Thank for It.
Life

Mahler’s Having a Moment. He’s Got Lydia Tár to Thank for It. 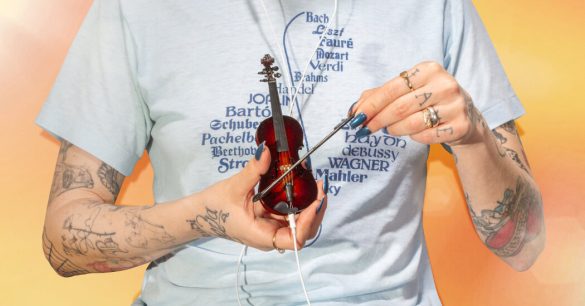 For a 70-minute Austrian symphony first performed more than a century ago, Mahler’s Fifth makes a surprisingly strong case for itself as the song of the season.

No, Gustav Mahler didn’t occupy the top 10 spots in the Billboard Hot 100, as Taylor Swift did last week, and the piece’s lush fourth movement has yet to be co-opted by the TikTok crowd. But the symphony, which plays a central role in the new Cate Blanchett drama, “Tár,” seems to have a way of sticking with audiences long after they’ve left the theater, finding its way onto the strolling, cleaning and cooking playlists of listeners who might otherwise be more inclined toward Adele, OneRepublic or Beyoncé.

Dalton Glass, a tech worker in Lakeland, Fla., is not a total stranger to classical music: He listened to a lot of it as a child, and as an adult, he hears at least a bit whenever he has an incoming call. (His ringtone of several years is a snatch of Bach’s “The Well-Tempered Clavier.”) Still, he has some blind spots.

“I’d never heard Mahler before in my life until that movie,” said Mr. Glass, 30. Now, he said, the piece is in regular rotation.

Mr. Glass’s fascination with the film — he and a friend talked about it for the entire hourlong drive home from Tampa, where he caught the first of the two screenings he has seen to date — echoes the fixation of the imperious heroine brought to life by Ms. Blanchett.

Cate Blanchett plays a world-famous conductor who is embroiled in a #MeToo drama in the latest film by the director Todd Field.

In “Tár,” Mahler’s Fifth is something of a white whale for the celebrated (fictional) maestro Lydia Tár, the only Mahler symphony she has yet to record with a major orchestra in order to complete what audiences are told is a kind of Grand Slam of conducting. Throughout the film’s two and a half hours, she pursues the live recording with single-minded intensity, even as her professional and personal lives begin to unravel amid the fallout from her abuses of the power of the podium.

Gage Tarlton, a 24-year-old playwright who lives in the Bushwick section of Brooklyn, saw the movie in large part because he is a huge fan of Cate Blanchett. “I’ve loved Cate Blanchett for a really long time,” he said. “If Cate Blanchett is in a movie, I’m going to see it.”

Although many of Mr. Tarlton’s feelings about the film are proving to be a slow burn — he said he “docked half a star” from his initial appraisal of the movie on Letterboxd after taking some time to puzzle out the story’s lingering questions and ambiguities — he didn’t waste any time adding some Mahler to his life.

Others seem to have had the same idea. In October, streams of Mahler’s Symphony No. 5 on Apple Music were up 150 percent from the previous month, according to data provided by the platform. Compared with the same month last year, they had more than tripled.

Of the many recordings of the symphony available for streaming, Mr. Tarlton’s go-to is a 1993 Deutsche Grammophon album featuring the Berlin Philharmonic under the baton of Claudio Abbado. In the movie, Ms. Blanchett’s Tár uses that album’s cover image, a photograph of Abbado marking up a score while seated in a concert hall, as a model for her own Deutsche Grammophon photo shoot.

“I actually tried a couple different ones, and that is the one that I like the most,” Mr. Tarlton said.

A deliciously — or perhaps deliriously — meta concept album issued by Deutsche Grammophon shows Ms. Blanchett in a similar pose. It features audio excerpts from the film, original compositions by the Oscar-winning composer Hildur Gudnadottir and Ms. Blanchett plunking out “The Well-Tempered Clavier.”

“I listened to Taylor’s album probably at 5 a.m. the day after it came out,” said Millie Sloan, 47, referring to Ms. Swift’s album “Midnights.” Ms. Sloan, an account manager at her family’s construction company in Atlanta, said she was not aware of the “Tár” tie-in album. She said on Twitter that she had been listening exclusively to Mahler and “Midnights” for a week — though not on the same playlist. (“It’s a different listen,” she explained.)

Ms. Sloan maintains a playlist of instrumental music that she encounters in the wild on TV and in movies, so the symphony had an obvious home in her Spotify account. What was less clear was where it would fit into her life.

“I did put it on while I was cooking dinner the other day,” she said. But after gamely trying to soldier through the meal, she and her husband ultimately found the piece “a little too exuberant for a dinnertime listen.” She now listens to it mostly while walking and doing chores.

The symphony (full title: Symphony No. 5 in C sharp minor) is regarded as one of Mahler’s greatest achievements. First performed in Cologne, Germany, in October 1904, the piece was once described by a New York Times critic as “the first of Mahler’s orchestral works in which the ensemble seems to embody a single mind: a churning, reflective and obsessive being. It is, to be sure, a neurotic mind, full of mercurial and unpredictable reactions.”

It is far from the first classical composition to enjoy a moment of sudden pop cultural relevance. Particularly in the late 1970s and early 1980s, plum placements in popular films thrust masterworks into the mainstream. Among those to get a boost from Hollywood: Pachelbel’s Canon (“Ordinary People”), Wagner’s “Ride of the Valkyries” (“Apocalypse Now”) and Beethoven’s Fifth, a cheekily reconfigured version of which — “A Fifth of Beethoven,” anyone? — figured in the disco-era bible that is the “Saturday Night Fever” soundtrack.

Mahler’s Fifth does seem to have achieved an unusual distinction: featuring prominently in two New York Film Festival darlings that opened in American movie theaters last month. In addition to its star turn in “Tár,” there is “Decision to Leave,” a fast-paced detective thriller by the South Korean director Park Chan-wook that makes defiant use of the symphony’s fourth movement. 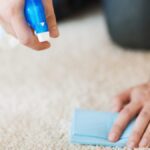 How to Remove Tar Stains From Your Carpet 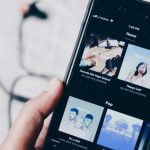 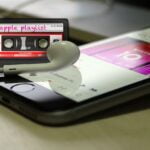 Late-Winter and Early-Spring Bloomers for the Southern Plains
18 mins ago
Always Keep Soy Milk in Your Pantry
32 mins ago
Florida man breaks into home, kills family puppy with machete:...
47 mins ago