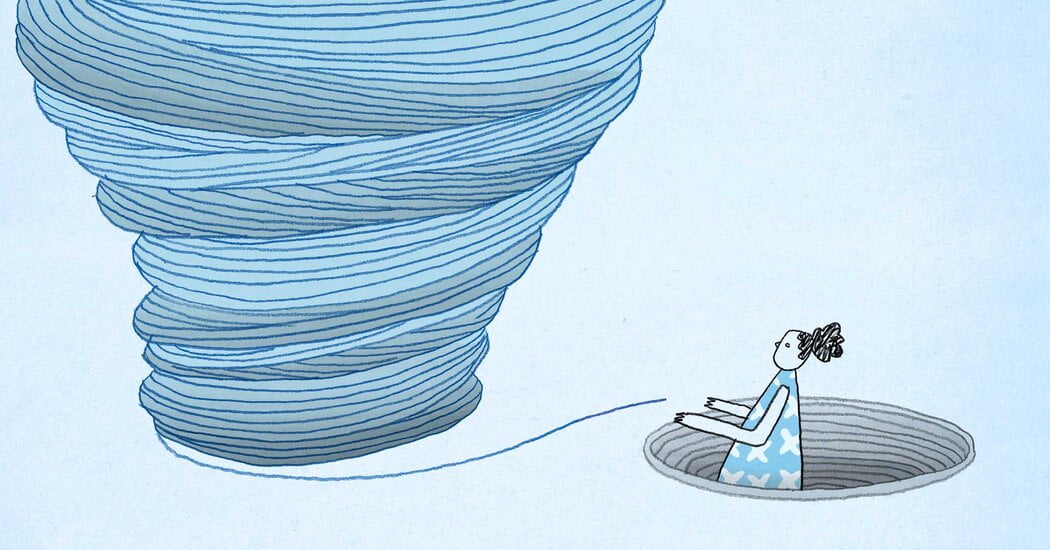 At work, the headline flashed across my social media feed: “Man with Incredible Beard in Desperate Need of Kidney.”

I closed a tab of political chatter and read the heart-rending plea. The wife of the man with the incredible beard was asking the universe to send her someone who would donate a kidney and save her husband’s life.

“And so, dear friends and strangers (whoever might kindly read this),” she wrote, “we need a kidney. It’s an incredibly wild thing to ask for.”

I didn’t know either of them, but I clicked “share,” the same way I do when the local animal shelter is seeking adopters, or when someone is raising money for people affected by a natural disaster. Would the stars conspire and answer this appeal?

Maybe, or maybe not. Either way, I felt like I had done my part. I was 34, living in Philadelphia’s Center City, and in all my years on this planet I had only spent time in the hospital once, when I exited my mother’s womb. My boyfriend David, however, with whom I shared an apartment, was the type who would want to check himself into the I.C.U. over a toothache.

It was easy for me to assemble all the reasons I was not an ideal living donor candidate. I was in an existential rut like the one I’d been in years earlier as a college junior while studying the psychiatrist and philosopher Dr. Viktor Frankl. Back then, I had regularly thrown around unanswerable questions to the other students like, “I mean, really, what’s the point?”

Coupled with my chosen attire — black slacks and a ribbed onyx turtleneck — all that was missing was the cigarette and a beret. By the end of the semester, I decided I wasn’t going back my senior year. I moved to a small seaside town and reread Frankl’s “Man’s Search for Meaning” on the beach with the gulls.

With what I’d been feeling lately, though, I had begun to consider that it wasn’t existential dread come back to haunt me — I was simply unhappy in my relationship. Deep down, I still loved David, but on more than one occasion arguments with him had inspired pillows to fly off the couch.

“I’m moving to Italy!” I’d scream, back from a recent trip there.

Of course, I was not destined to live as an independently wealthy winemaker in the Chianti countryside, but I was still fatigued in my job as an executive assistant in the hospitality industry. It was my belief I was bound for greater things; I just hadn’t figured out what those things were yet.

The pattern remained the same through the summer and into the fall: I went to work, came home, imagined being somewhere else. David and I spent some of our September vacation at the shore, where I would sit on the sand, watching the tide roll in and out, trying to place what was missing.

November eventually arrived and with it, my mother’s birthday. She decided to celebrate at a spa in the Poconos with her best friend, leaving Kenny, my stepfather, home alone for a few days. Kenny had endured a series of spinal surgeries over the previous year, so I offered to walk their 140-pound French Mastiff every evening until my mother returned later that week.

I arrived around 5 p.m. to a dark house and Kenny lying on the couch, unable to sit upright because of the pain.

In that moment, the little voice we sometimes hear — the one that’s right more than wrong — came through, soft at first but growing louder: “Something is very wrong.”

It took some convincing, but Kenny eventually agreed to go to the emergency room, where we learned that he was in septic shock.

“It’s the kind of infection that accelerates rapidly,” the doctor said. It had attached itself to the hardware in his back and spread throughout his body in a matter of weeks. “He would have been dead within 24 hours if you hadn’t brought him in.”

Kenny immediately went through several surgeries, almost flatlining on the operating table. My mother and I lived in a fog, white knuckling through most of his more life-threatening procedures and swallowing Ativan when we couldn’t take it anymore.

That’s when the flashbacks of my father’s death started.

I was standing in the upstairs bathroom of my apartment, examining myself in the mirror, my eyes and head throbbing in strange unison. I saw myself at 16, sitting in the car with my father. He had just picked me up from my job as a restaurant hostess and we were making the 10-minute drive back to our house. My father wasn’t a man of many words, and I can recall numerous rides with him that remained quiet, including this final one.

When we pulled into our driveway, I ran inside, closed my bedroom door and went to bed. The next morning, I got dressed, ate some cereal and left for school without saying goodbye. It was early in the day when I was called out of class and asked to take my belongings to the principal’s office, where my mother’s co-worker picked me up and delivered the news on the way to the hospital: “I don’t know how to tell you this. Your father is dead.”

Only 46, he had suffered a sudden cardiac arrhythmia. Over the previous years, he had been unemployed and assumed the role of the stay-at-home dad. I can’t say he was thriving; an injury prevented him from doing the physical work he loved, carpentry and making furniture. But every morning he would cook breakfast for me and my brother, get us off to school, and run whatever errands were required. Still, he often seemed aimless, watching TV alone or staring out at the backyard.

Kenny slowly began to heal from the infection, and I thought about that stranger in need of a kidney, and I heard that little voice again: “Maybe I am the person the plea was intended for.”

It was now December. Nearly six months had passed since I had seen the post. I decided to get tested as a potential donor and learned I was a promising match for the man with the incredible beard. I then navigated through all obstacles: fear expressed by David and family members, endless physical and mental examinations, the uncertainty of having one kidney going forward.

Yet it was the Covid-19 pandemic that thwarted our original March 2020 surgery date. For months, it was unclear when we could reschedule, or if the recipient would survive waiting. But by the end of July, I was recovering in the hospital, sedated but drowsily celebrating a successful transplant.

“It’s pretty incredible,” my surgeon said at my bedside. “As soon as your kidney attached itself, it immediately started creating urine. We rarely see that kind of outcome.”

There’s room for the possibility that my problem was never an existential rut, or travel withdrawals, or issues in my relationship. Maybe it was an inner void, unable to be filled from the loss of my father, growing bigger by the guilt and shame I have felt for 21 years.

A prolonged ache in the darkness from having wished I had done something more, said something more, been something more before my father left us. I was desperately searching for purpose in this world, yearning for an escape, but ignoring what was at the root of it all: The need for love. The love of my father, and ultimately, love for myself.

Donating a kidney — giving a piece of oneself away — brings us so much in return. It brought me closer to my father. It helped me understand his own struggle to find meaning. And although there was so much left unsaid between us, the loss has irrefutably shaped who I am. I am proud to forever carry that part of him with me.

In Judaism, there’s something called “bashert,” a Yiddish word David’s sister explained to me once. “Bashert,” she said, “is the belief that there are events meant by a higher force in the universe to happen. What’s meant to be.”

I suppose some might liken it to destiny, and some might say it’s the life you are bound for. If I were back in Psych class, we would be discussing Frankl’s theory: that it’s not the meaning of life in general that gives us depth, but the specific meaning in a specific moment of a person’s life. I never would have guessed that donating an organ and saving the life of a stranger would give so much meaning to my own. How removing something internal would help fill that void.

And perhaps, it was never a search for meaning. It was instead a creation — not just for my own life, but for my father’s as well.