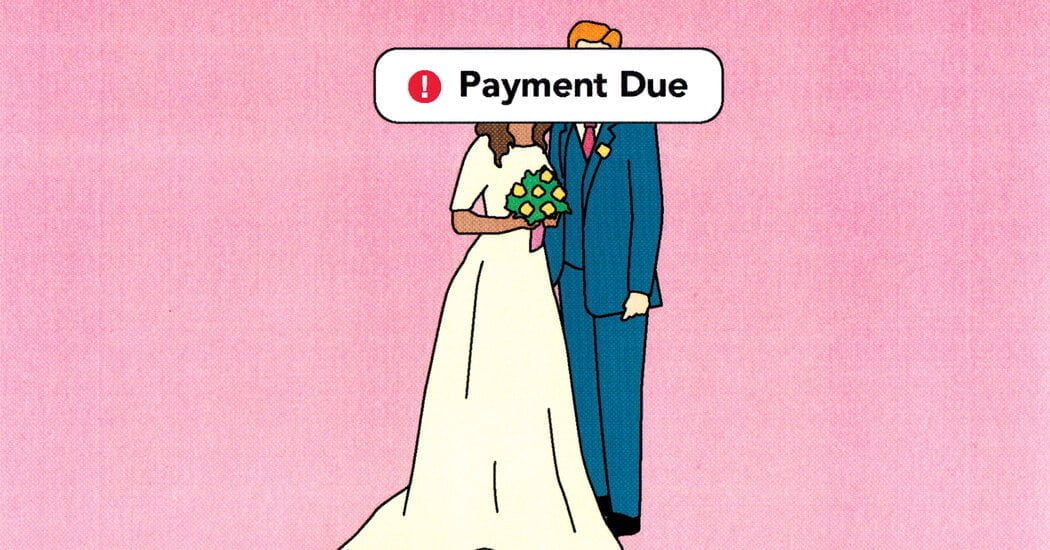 Angela Millin, like many brides-to-be, quickly began planning her wedding after becoming engaged in April 2021.

At the top of the to-do list was choosing a date and a venue, and setting a budget. Both her parents and her future in-laws had offered to help pay for the event, but once Ms. Millin and her fiancé settled on wedding this December at the Perez Art Museum in Miami, they became sticker shocked by the various expenses.

“All the upfront costs are pretty staggering to see,” said Ms. Millen, who is 32 and a director of business development at a creative marketing agency. “Especially all at once.”

At the advice of their wedding planner, Annie Lee of Daughter of Design in Miami Beach, the couple decided to put their nuptials on layaway, so to speak, by using the financial services platform Maroo. Introduced in July 2021, Maroo gives couples the option to pay its network of vendors in installments over a 12-month period, similar to how “buy now, pay later” programs offered by companies including Afterpay and Klarna allow people to incrementally pay for clothing and home goods bought online.

“To break up the cash flow,” Ms. Millen said, “means I’ve been able to feel more comfortable with such a big overall spend.” For their wedding, the couple is using Maroo to pay Ms. Lee, their planner, as well as their photographer, videographer and hair and makeup artists.

But when it comes to paying for an event, marrying couples have historically had few options beyond covering costs upfront or with conventional loans or credit cards. “There has been no innovation,” said Anja Winikka, Maroo’s chief marketing officer. “You have a lot of cool planning tools, checklists and photos for inspiration, but nothing for the painful process of paying for it.”

The personal finance writer Nicole Lapin, who holds an Accredited Investment Fiduciary certification from the Financial Industry Regulatory Authority, or Finra, advises couples to be cautious about the lure of installment plans.

Their pay-later aspect can lead users to take on more expenses than they can afford, which is why Ms. Lapin says such plans are best for financially stable people who are able to pay the full cost of a wedding upfront, but would rather keep cash liquid to use or invest in other ways.

“A wedding is a special and momentous occasion, but at the end of the day, it’s a party,” said Ms. Lapin, who also hosts a financial advice podcast, “Money Rehab with Nicole Lapin.”

“I don’t love overreaching financially for a party,” she added.

Maroo works like this: When a couple hires a vendor in its network, that vendor can submit a bill through the platform. The couple then has the option to split up the bill’s total cost over the course of three, six or 12 months. Users can also opt for a more traditional plan and pay a 50 percent deposit upfront, with the balance paid in a second lump sum just before a wedding date.

Before setting up any payment plan, Maroo runs a credit check to determine whether users can fully pay off a bill in the agreed upon time. If a couple fails the credit check, they have two options: to renegotiate with a vendor to lower the cost of a bill, or to add contributors such as family members to the payment plan. (Credit checks are run on contributors, too.)

Once a payment plan is approved, the vendor is paid in full by Maroo via an interest-free loan that is underwritten through Sivo, a lending platform. That loan is what couples gradually pay back via installments, which are interest-free. There is no added interest if users default on payments, but outstanding bills may be sent to a debt collector, which can negatively affect a credit score.

Aside from the monthly payments, there are no fees to sign-up or use Maroo. Vendors in its network pay a fee of up to 10 percent of a bill’s total cost if it is put on a payment plan; the percentage charged depends on the length of the plan. Payments made using Maroo are covered by a limited form of wedding insurance, with additional coverage available for an added fee.

Phillip Van Nostrand, a photographer in New York City who uses Maroo, said the ability to offer clients the option of paying in installments benefits his business because “money talk” is often the most frustrating component when negotiating a contract. When clients have more payment options, it can reduce friction in the sales process. In that regard, “it’s a win for all of us,” he said.

In January, the wedding planning website Carats & Cake debuted its own installment-plan program. Currently relegated to payments for venues, it gives users the option to split bills into four payments.

Instead of using loans from a third-party lender, Carats & Cake, which has raised $29.9 million from investors to develop financial products, pays vendors in full; couples who use its plans essentially pay back Carats & Cake. Jess Levin Conroy, the website’s chief executive and founder, says this approach allows for more control of the process.

A so-called “soft pull” credit check, a less invasive review that does not affect a credit score, is required to initiate a payment plan. Installments paid through the service are interest-free; if a couple defaults on a payment, they are subject to any penalties stated in their contract with a venue. Participating vendors are charged a transaction fee by the company, which on average is 4.75 percent of a bill’s total cost, Ms. Levin Conroy said.

Ellen Christie, the director of sales at Pippin Hill Farm and Vineyard in North Garden, Va., signed the venue up for the Carats & Cake service as a beta user in the summer of 2021. Since then, she said the program has been particularly effective at reducing delays in receiving payments.

“Nearly all our deposits are paid early or on time now, which was not always the case before,” Ms. Christie said. “It reduces the work of chasing people down. That metric is important to us.”

Before their wedding last October in New York’s Hudson Valley, Rebecca Bell, 40, and Patrick Bell, 35, who live in Queens, signed up for Maroo when they realized that the majority of their vendors wanted final payment a month ahead of the event.

Though the couple had a budget from the beginning, Ms. Bell, a photography director, said that it would have been “overwhelming” to pay for everything all at once. She and Mr. Bell, who works at a social media company, wanted some “breathing room” for unexpected charges that might come up, and decided to adopt payment plan.

With just two installments remaining, Ms. Bell said, “We will have the wedding completely paid off, interest free, before our one-year anniversary.” 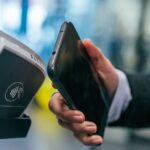 SNL Pokes Fun at Adam Levine and Armie Hammer’s DM...
18 mins ago
Ex-Clinton adviser: Hillary setting up 2024 presidential bid with ‘open...
20 mins ago
Kelly Ripa Gets Real About Regis, Her Husband and New...
50 mins ago