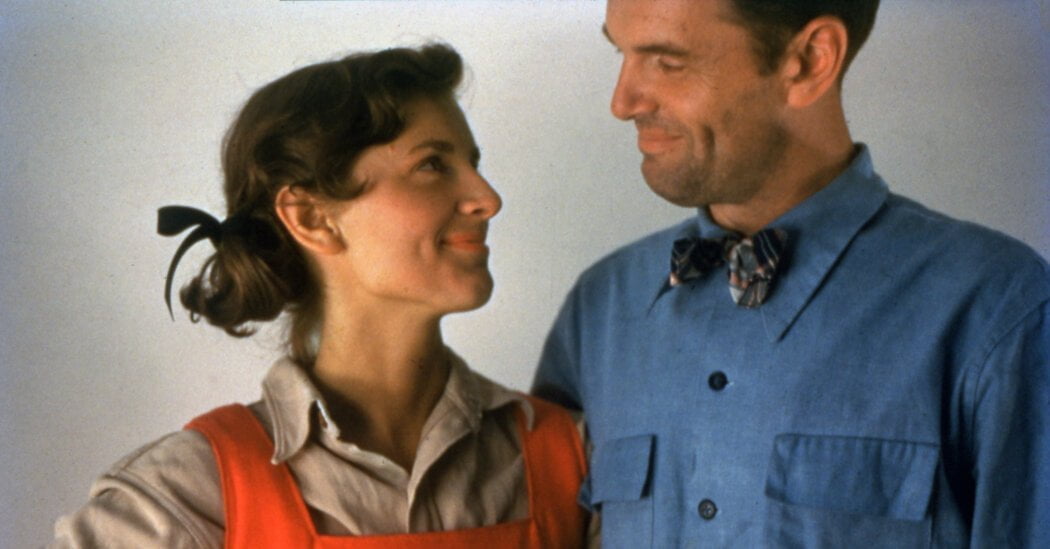 Ms. Eames, who died in 2014 at 83, was the only child of the extremely well-known industrial designer Charles Eames by his first wife, Catherine Woermann. With this collection, Crate & Barrel has positioned her as a hidden talent, bearing her heritage like precious cargo waiting to be unloaded. The objects include candlesticks, glassware, ceramic plates, serving trays and Christmas decorations — none of which she actually designed, although they display her unique graphic sensibility.

Until now, Ms. Eames has been recognized mainly for managing her father’s legacy and that of his second wife and design partner, Ray Kaiser Eames. It was Lucia (pronounced LOO-sha) who, after Charles’s death in 1978 and Ray’s a decade later, inherited the couple’s cache of more than a million letters, photographs, films, sketches and prototypes, donating most to the Library of Congress and the Vitra Design Museum, in Germany.

And it was Lucia who created a foundation in 2004 to preserve the Eames House, the treasure-filled box in a Pacific Palisades meadow that was Charles and Ray’s Los Angeles home and remains their architectural embodiment.

Ms. Eames was involved in the posthumous family productions that have fed an insatiable interest in midcentury-modern design — the exhibitions, furniture reissues, puzzles and children’s toys, all overseen by the Eames Office, led by her younger son, Eames Demetrios.

But from her childhood, and without much fanfare, she was herself knee-deep in making. Even while raising five children from two marriages in San Francisco in the 1960s and ’70s, she drew, welded, collaged, snapped photos, constructed paper sculpture and collected anything that attracted her discerning eye: feathers, spinning tops, Pez containers, Joseph Magnin department store boxes.

“Mom would make towers out of them,” recalled Carla Hartman, 70, the oldest of the five offspring and her mother’s archivist, referring to the boxes.

Over the decades, Ms. Eames evolved a personal iconography of vernacular symbols. She carved sunbursts from steel gates, revealed hearts in bronze tabletops and scribbled doves, butterflies, comets, flags and emblematic variations of the word “JOY” in almost 200 steno pads.

Often, she drew in ballpoint pen while talking on the phone. Favorite designs were transferred to loose-leaf sheets; she left about 2,000 of them. Her buoyant graphics, rounded as if inflated by helium and floating out of the Age of Aquarius, never seemed to flag. “We did not know the extent,” Ms. Hartman said of the trove.

Because her work tended to be improvisational and personal, or big and unwieldy, Crate & Barrel has distilled her glyphs and applied them to practical household goods. The only exception in this first group, which has the theme of celebration, is a menorah that Ms. Hartman said is based on an unfinished sketch drawn for a 1995 invitational at the Contemporary Jewish Museum, in San Francisco.

The company has made a multiyear commitment to bringing her vision to light, said Sebastian Brauer, Crate & Barrel’s senior vice president of product design. It is planning future collections that will center on Lucia’s fascination with sea life and her symbolic treatment of hands.

“We’re going to be absolutely respectful to the original nature of her work; our job is to translate it into the right objects,” Mr. Brauer said.

Asked about the practice of cherry-picking surface features of Ms. Eames’s designs and working with raw sketches she hadn’t resolved, he said, “We are trying to bridge art and commerce, in the end. That’s the tension that lies between the highly artistic nature of her work and commercializing it in today’s world.”

Mark Masiello, a founder of Form Portfolios, the company that introduced the Eames Office to Crate & Barrel and assisted in developing the products, said, “What we’re doing here is forming a new chapter in the book on Eames.”

He added: “We saw immediately that Lucia’s art — or Lucia, rather — is as much about the message as it is about the aesthetic beauty of the art.”

And that message is?

“Peace, love and joy. It’s a timeless message,” Mr. Masiello said. “I think Lucia’s teaching the world to live in perfect harmony through her symbols.”

And yet Lucia’s artwork, for all its sweetness, carries a whiff of stubborn independence, if not outright rebellion.

As Charles Eames observed, “The extent to which you have a design style is the extent to which you have not solved the design problem.” Whereas he and Ray Eames fine-tuned their work to solve “problems” like how to sit comfortably in a dining room chair, and only stopped testing variations once the goal was met, Lucia Eames’s repetitions — she left behind more than 800 different drawings of suns alone — are about variation for the sheer joy of plenitude. She embellished objects, her children made clear, not to improve their performance but because she was fascinated by forms and patterns, light and shadows.

To the Eames historians and intimates interviewed for this article, Lucia was not quite an apple that fell close to the tree, but one that unquestionably landed in the orchard.

“She was fascinated with materials in the same way Charles and Ray were fascinated with materials, while looking at them in an artistic way,” said John Berry, who for decades served as the liaison between the Eames Office and Herman Miller, the Michigan company, now called MillerKnoll, that produces Eames furniture. “She was always about making something visually pleasurable.”

“Even though she wasn’t a textile designer, she understood what we were doing and was definitely a participant and equal in the process,” said Mary Murphy, the senior vice president of design at Maharam (also now part of MillerKnoll), who worked with Ms. Eames in the late 1990s on developing fabrics based on Eames patterns.

“There’s a bit of Ray, isn’t there, in these hearts?” asked Pat Kirkham, the author of the 1995 book “Charles and Ray Eames: Designers of the Twentieth Century,” after seeing photos of the Crate & Barrel goods.

According to Ms. Kirkham, Lucia had a particularly formative summer in 1946, when she was 15, and she and a friend made the trip from St. Louis, where she lived with her mother, to spend time with Charles and Ray in Los Angeles. There, Lucia took classes at the Actors’ Laboratory Theatre and studied painting with Ray.

Within a few years, she had embarked on her own life. She was a sophomore at Vassar College when the Eames House was completed in late 1949. The following year, she transferred to Radcliffe College to be near her first husband, Byron Atwood, then an undergraduate at Harvard. Lucia was already pregnant with Carla in her senior year at Radcliffe, Ms. Hartman said, and was hiding the baby bump from her professors. (Carla was born in September 1952, followed by Byron in 1954 and a second daughter, also named Lucia, in 1956.)

Despite being exposed to cultural riches that could help sustain a creative future, Lucia “made the choice and married young and had the family she never really had as a child,” Ms. Kirkham said.

But she wasn’t prepared to renounce her artistry, which was respected in her first marriage but not given enough room to flourish, Ms. Hartman said. She met her second husband, Aristides Demetrios, studying sculpture in Gloucester, Mass. Their teacher was Mr. Demetrios’s father, George, an artist just two pedagogical degrees of separation from Rodin.

The couple married in 1961 and lived in San Francisco, where Mr. Demetrios embarked on a career as a sculptor, and he and Lucia had two children, Eames, born in 1962, and Llisa, born in 1966.

Having witnessed one of the most fruitful marital collaborations of the 20th century, Lucia did not replicate that kind of partnership in her own life. In the 1960s, she and Aris created a company called Grate Works to produce architectural gates and other metal pieces and seemed to have had a joint hand in several sculptural projects for which he is mainly known. “They were collaborators and, from the little I’ve read, Mom made a conscious decision to be the critic,” Ms. Hartman said.

Ms. Eames lived in Petaluma, in Sonoma County, from the 1990s until just before her death, working alongside Llisa, who is a bronze artist, designing furnishings and gates, both private commissions and exhibition pieces. Earlier this year, the property, known as the Eames Ranch, became the headquarters of the Eames Institute of Infinite Curiosity, a nonprofit that is now putting on its fifth online exhibition of Eames designs and collectibles, and will eventually host research fellows.

“I had a mother who bought me my first steel-toed boots, so I could work in the studio with her when I was very young,” she recalled.

Lucia, Eames Demetrios said, was “a complex little piece of humanity” — a description of his mother that he borrowed from a great-grandmother.

“I remember one time we came upon a hog-nosed snake swallowing a frog,” he recalled. “A lot of people would have been grossed out, but she was so into it.”

It was not a morbid fascination, he insisted: “‘This is nature,’ she said. ‘We’re getting a privileged scene of it.’ That was Mom.” 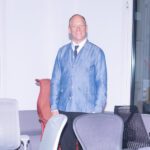 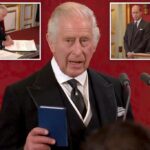