Home » Midnight is the new 8 p.m. for NYers who party hard and work from home
Life

Midnight is the new 8 p.m. for NYers who party hard and work from home 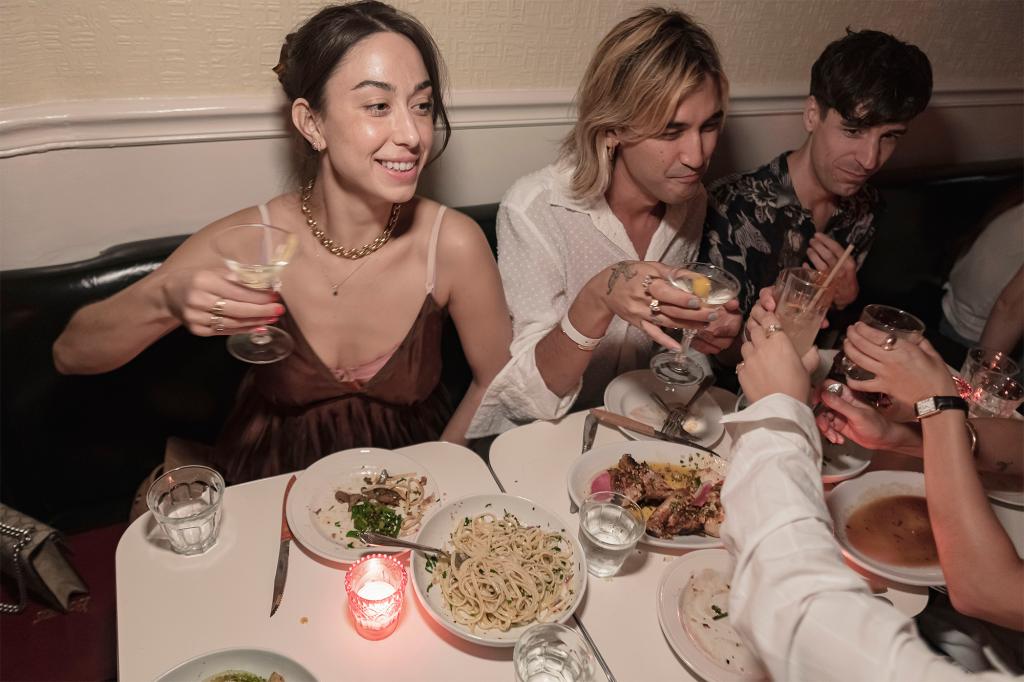 Shortly after 11 p.m. on a recent Saturday night, Marie Laffort, 32, a fashion stylist, sat down to a feast of oysters, seafood pasta, bistro steak and salad with her party of six at Bongos, a newly opened restaurant on the Lower East Side serving what it calls “gala dinners daily.” The evening meal is offered until 2 a.m. Thursday through Saturday, and until midnight on weekdays.

“It’s feeding a neighborhood need,” Laffort said. “For us, life in New York is busy, people are staying out later, and being able to order a full menu is necessary.”

The city that slept for two years is fully awake and making up for lost time, with night owls on the hunt for proper dinners increasingly keeping kitchens busy into the wee hours.

Restaurants all over town, eager themselves to recoup lost revenue, seem only too happy to oblige.

“NO DECAF,” the menu shouts at Bongos, where an eclectic music mix of Donna Summer’s “Last Dance” pairs with Stevie Nicks’ “Stand Back,” as diners sitting at the restaurant’s mostly communal tables relish the festive dinner party vibes. Co-owner Michael Beaumont told The Post that he regularly fields inquiries regarding late-night meals.

“Since we’ve opened, there’s been a strong walk-in response to eating after 11. It’s usually a spur-of-the-moment thing — a DM asking if we’re still serving, groups out on the town, people that have gotten word and are in the neighborhood partying,” Beaumont said, noting that imbibers who walk in for snacks end up staying later for dinner.

“We knew we were onto something great the first time a couple of cute neighbors came in and ordered steak, fries and martinis just before the kitchen closed on a Tuesday,” he said.

More restaurants are catering to the marathon martini-drinking crowd, with plates of tartare and hake filet served up as late as 2 a.m. — a far cry from the typical 10 p.m. kitchen closure.

In Chelsea, HOWM Cocina & Cocktails recently noticed revenue falling by 10% around 6 p.m., but then increasing by 5% after 8 p.m. So they started serving dishes like charred octopus, Peruvian ceviche and crispy chicharron until midnight to meet the demand for late-at-night suppers.

“We have seen the earlier reservation time slots decline in frequency, while the 8 p.m. and later time slots have increased,” said Jonathan Knudsen, president of Gilded Group, which operates HOWM. “Groups are using energetic restaurants as their night out, rather than just a place to start their night.”

In Greenpoint, James Dorje, co-owner of cocktail-forward restaurant Ponyboy, recalled a stark difference two years ago when an 11 p.m. curfew was imposed and capacity was capped at 25%.

“Late-night dining literally died. It took time for things to fully come back, and this year, we are feeling it in full effect. We see a flow of people lining up for a late-night feast,” Dorje said.

“Some of the permanent changes we’ve seen post-COVID stem from the new work-from-home lifestyle,” he said, noting that late reservations are becoming more popular as diners now have more time to sleep in the next morning. “Guests are banking on that extra hour the next morning they’ve gained by eliminating their commute.”