Midtown is back-ish, and other exciting NYC restaurant trends we’re watching for fall The biggest story of the year is still the evolution of Rockefeller Center, where buzzy newbies Le Rock, Lodi and Pebble Bar will now be joined by Five Acres (30 Rockefeller Plaza), the first Manhattan restaurant from Brooklyn boy wonder Greg Baxtrom, known for his hit Olmsted. The name is a nod to his family’s farm outside of Chicago. Expect a veggie-forward menu. Elsewhere, Alex Stupak, known for his creative Mexican fare at Empellón, is turning his sights to reimagining new American at Mischa (157 E. 53rd St.)

Also on the horizon: Jupiter (620 Fifth Ave.), a regional Italian spot from the team behind the West Village’s beloved King; NARO (610 Fifth Ave.) from Junghyun and wife Ellia Park, the dynamic couple that brought us Atomix and Attaboy; an upscale continental called Monterey (37 E. 50th St.) from the team behind Barbounia; and White Olive (39 W. 55th St.), turning out Middle Eastern favorites such as mezze, octopus and char-grilled lamb chops.

More in the mood for a burger? There will be a great one when Monkey Bar (60 E. 54th St., NYCMonkeyBar.com) reopens with the team behind Au Cheval and 4 Charles Prime Rib, taking the helm from Graydon Carter.

Post-pandemic life is full of surprises, including those in the restaurant world.

The owners of red-hot Indian spot Dhamaka are bringing back Masalawala, but they’re moving it from Murray Hill to Park Slope (365 5th Ave., Brooklyn, MasalaWala.com).

An apartment building behind the American Museum of Natural History has proved to be a magnet for stellar chefs — having housed John Fraser’s Dovetail and Adam Leonti’s eponymous boite — and it will be reborn yet again. The ground-floor space will soon be home to Essential by Christophe Bellanca (103 W. 77th St.). Bellanca’s previous stints include New York’s Le Cirque (where he got the restaurant its 3-star New York Times review in 2008) and L’Atelier de Joël Robuchon (when the restaurant earned Michelin stars); and L’ Orangerie in Los Angeles. His menu promises dishes from braised wild black bass with razor clams and curry emulsion to calamansi curd with kiwi mango salad, rum granite and coconut foam.

Also on the West Side, Kwame Onwuachi, the Bronx-born “Top Chef” favorite and acclaimed author, will move into David Geffen Hall (10 Lincoln Center Plaza), where he will open an as-yet unnamed Afro-Caribbean restaurant. Marcus Samuelsson, meanwhile, is unveiling a global eatery, Hav + Mar (601 W. 26th St.), focused on sustainable seafood.

The long-expected, is-it-ever-going-to-actually happen is finally happening. The sequel to the long-closed Torrisi Italian Specialities is finally here, with Torrisi opening a few block away from the original in the Puck Building (295 Lafayette St.). Look out for old favorites like hand-pulled mozzarella alongside new items, such as a San Gennaro bao.

Meanwhile, top Park Avenue plastic surgeon Dr. Andrew Jacono and his son are opening, Bibliotheque (54 Mercer St.) a wine bar within a bookstore, where a tony crowd will sip Sassicaia, nibble on caviar and peruse an impressive private collection .

Looking for something more low key? The owners of popular Harlem spot LoLo’s Seafood Shack are premiering LoLo’s on Broadway in Morningside Heights (2799 Broadway) with an eye to coastal cuisine from Southeast Asia to the Caribbean, including hot ceviche and chili crab.

CHECKING IN
Hotels are booming, with a glossy new Ritz-Carlton hitting NoMAD and the ultraluxe Aman landing on Fifth Avenue. At the moment, neither are open to the general public for dining, but other options will soon abound.

Chef Nick Koustefanou, former chef de partie at Le Coucou and Kissaki, will take the reins at Mondrian hotel’s the Vasper (444 Park Ave. S.), serving up such classics as Lobster Thermidor along with 1960s-themed cocktails worthy of Don Draper.

And Jonathan Benno, who made a name for himself at Lincoln Ristorante, will return, this time at a Mediterranean brasserie called Harta (30 W. 39th St.) in the Grayson Hotel. 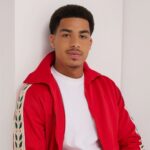 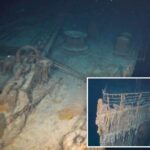 Finding Love in Fits and Starts