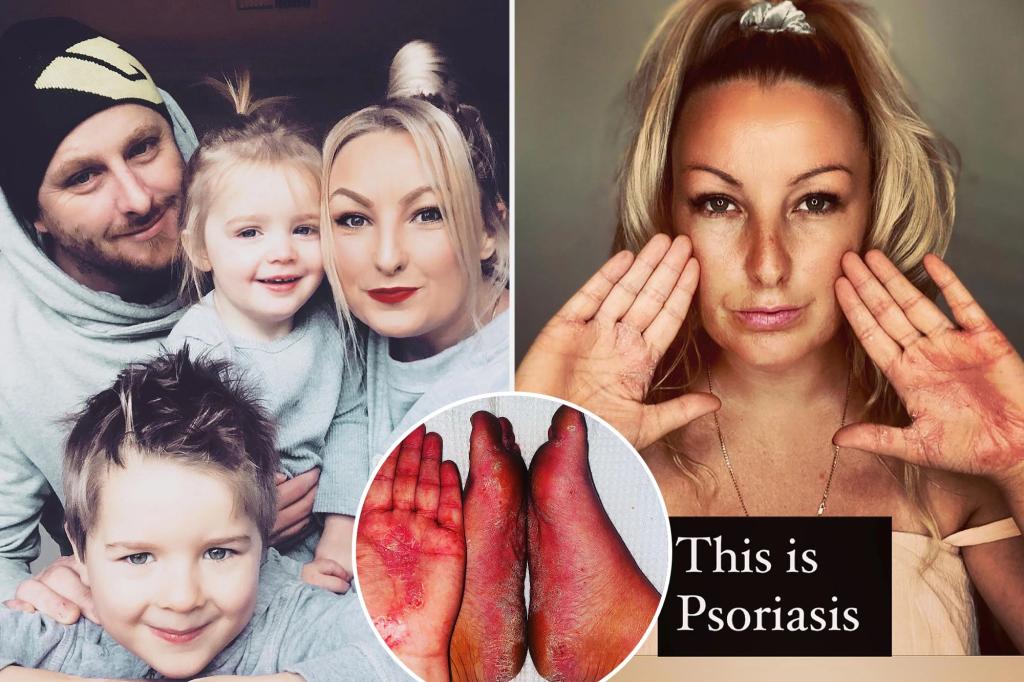 A mother of six suffering from a rare skin condition has shared her experience of living with the pain of eczema.

Nicole Preece, 34, is currently unable to wear most kinds of shoes due to the extreme blistering covering her feet and hands.

She is living with a rare form of eczema, palmoplantar pustulosis (PPP), which she was diagnosed with just minutes after the birth of her baby girl.

The condition causes huge blister and burn-like appearances on parts of the body.

Around six years ago, Ms. Preece saw her first flare-up with eczema straight after giving birth to her daughter.

After two years of trying to deal with it, she went into remission for the skin condition before it came back in 2021.

Psoriasis covering her hands and feet hasn’t responded to regular treatments, with Ms. Preece going to extreme lengths to try and calm the symptoms, including trying a pill intended for cancer patients that caused her hair loss.

With an Instagram following of over 15,000, Ms. Preece has taken to the platform to normalize and spread awareness about skin conditions, among other life experiences.

Ms. Preece, from the Mornington Peninsula in Victoria, said she can’t wear anything but sneakers as the condition makes her shoes so uncomfortable.

“I’d love to be able to wear thongs and play at the beach with my kids without pain,” Ms. Preece said.

“I look like a burns victim. I even have to wash my hair with gloves in the shower.

“It sounds stupid, but it’s the little things that really tear me down.”

The current climate is playing its part in her flare-ups too, with both warmer and cooler weather impacting her skin.

“It’s a catch-22 because eczema gets better in warmer weather, but psoriasis gets worse,” she said.

“It’s very much down to how your body reacts.

“The first flare, I tried over 60 different diets, treatments, and natural “cures,” which made it worse so they gave me a drug designed for cancer patients.”

After years of trying products, both over-the-counter and natural, Ms. Preece hasn’t been able to cure her skin as such but has found some relief in a natural product as well as some curious shower additions.

Using specific eczema-targeted lotion from MooGoo has helped soothe her outbreaks, but she is yet to find anything that will “cure” it all together.

She said she reached out to someone in the US suffering from the same condition, who recommended she use oats in her shower routine to calm her blistering.

“He said to get oats in a sock and pop it over the spout in the shower,” she said.

“They help to soothe the skin, and eating them helps too.”

“Other people don’t see how it can slowly chip away at your mental health, which is a big thing.” 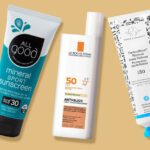 This is the latest in a grim history of deadly...
10 mins ago
The 12 Most-Loved Amazon Candles With Thousands of 5-Star Reviews
1 hour ago
‘Out-of-Reach Dreams’ in a Sickly Economy Provoke the Rage in...
1 hour ago