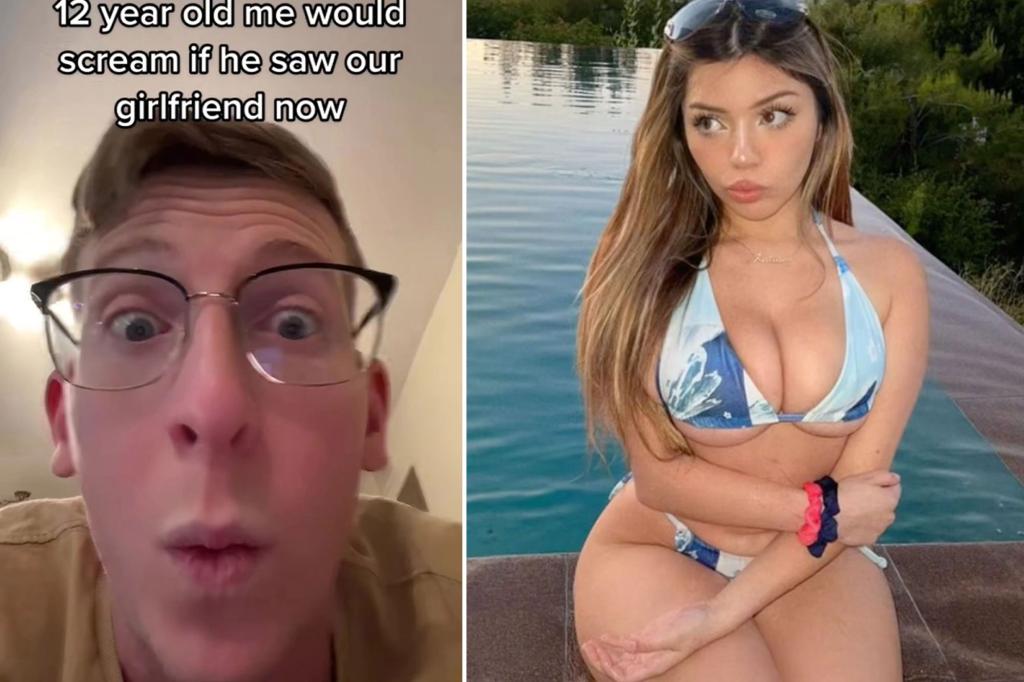 A TikTok couple claimed they’ve been subjected to cruel comments since they started sharing videos together — with detractors declaring that the woman is far too pretty for her boyfriend.

The pair, named Will and Katiana, have clocked up more than 3 million followers since they started sharing humorous videos together, but not all TikTokkers are accepting of their four-year relationship.

On Wednesday, the young couple posted a video to the social networking site revealing some of the rude remarks they’ve received — with many taking aim at Will’s looks.

“Rich or packing. There’s no other way,” one crude commenter claimed, saying they were the only reasons Will could have found stunning Katiana.

“How much does he pay you?” another impolitely asked, rudely suggesting Katiana would only be interested in Will for his cash.

However, their fans hit back, flooding the couple’s feed with support.

Several said they could clearly see why Katiana fell for Will, claiming he had an incredible personality.

“All the men in the comments not realizing that women aren’t as blatantly fixated on looks as they are,” one wrote. “You two are adorable together, best wishes.”

Others chimed in claiming Will was “handsome” and that the pair were actually well-matched.

“I actually think the guy [Will] is hot, not gonna lie,” one admirer cooed.

“Guys in the comments be acting like this man is not tall, has a decent style, clear skin and nice hair. He’s cute come on,” a female declared.

However, it appears that Will also believes he’s dating above his station, as he previously posted a video in which he expresses amazement that he is in a relationship with Katiana.

In the clip — which has garnered more than 13 million views since it was posted last week — Will shared a throwback photo of himself alongside text that read: “12-year-old me would scream if he saw our girlfriend now.”

The clip then cut to a photo of stunning Katiana sitting poolside in a bikini.

“This guy is winning at life,” one man stated, while another optimistically declared: “This proves anything is possible!”