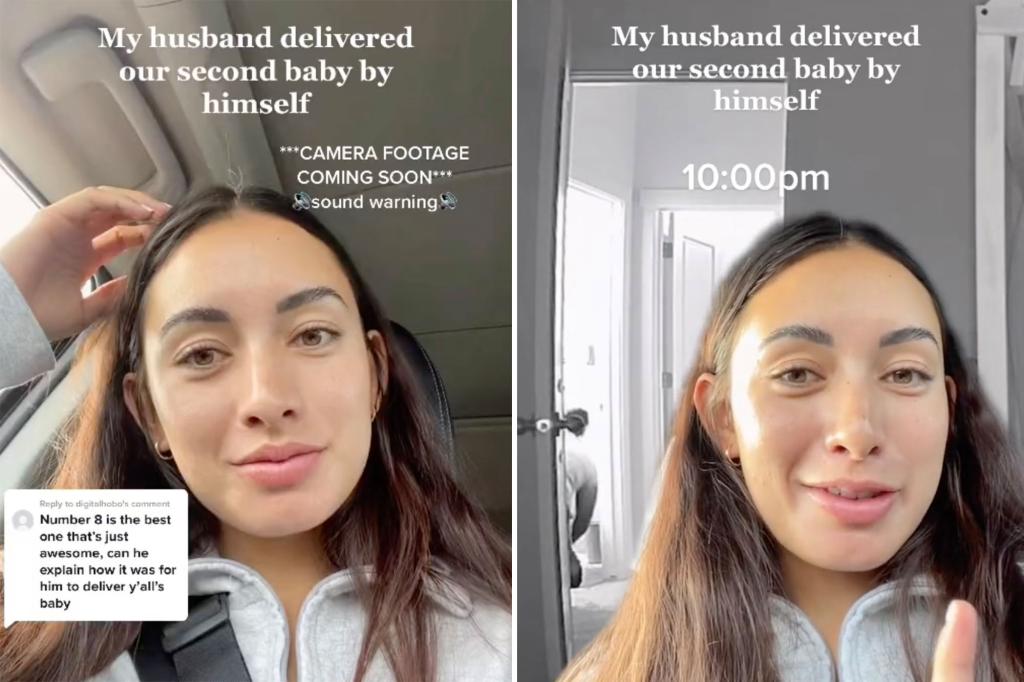 I’ll never forget the moment when you realize you’re in active labour. The initial adrenaline rush is often followed by moments of panic and anticipation. Looking back, it can be one big blur… unless you accidentally capture it on camera.

Labour started at 3am, I got in the bath tub at 7am, then labour pretty much stopped,” Sabriena says in the TikTok that has since had more than 110,000 views.

“I was having pretty much one to two contractions an hour until 6pm.”

Sabriena explains that this was her second child and she had planned to have a home water birth. The midwife had estimated she was at least a few hours away from giving birth.

She captioned the post, “My husband delivered our second baby by himself.”

“We were in denial that I was in active labour because I was handling the contractions so well,” she continues.

“The only thing that caught footage of the birth was our baby monitor.”

At 9.20pm, Sabriena’s husband, Izzy, called the midwife and told her to make her way over, then just half an hour later, Sabriena headed towards the toilet to pee while Izzy got to setting up the birthing pool.

“You can hear this is when I started moaning through them like the baby was descending and I did not know it.

“I was like ‘You need to call the midwife immediately’ because this was when I was like, ‘Shit, I’m in labour’.”

You can see Izzy going back and forth between the birthing pool that was filling and his wife who was groaning through contractions on the toilet.

“At 9.58, he came back to help me through another contraction,” she says.

“This is when things were so real he got down on his knees and looked up there because I was like, ‘I feel pressure’ and my water broke in his face, he thought I peed on him.

“At 10.00, the midwife was on the phone and baby was literally coming out.”

You can hear Sabriena saying, “OK, OK, OK… here she is” then just one minute later, with another contraction, her baby is born.

“He caught her right before she hit the water and put her on my chest,” she says.

“She was super healthy.”

Sabriena then laughs as she explains that Izzy was searching for puppy pads to lay on the floor so that she could sit down on the ground as she was still perched above the toilet.

Sabriena later added that both she and her baby were in good health.

“When the midwife got there, he cut the umbilical cord,” she wrote. “All vitals (hers and mine) were perfect. I didn’t tear. The midwife tucked us into bed.”

“You didn’t tear?!” asked one shocked commenter. “Ahh, to be God’s favourite.”

Another added, “That baby cry!”

“Atta boy!” chimed in a third. “Good job Mama! And that baby has a good set of lungs. Champs all around. Congratulations on an amazing birth!”

And this person pointed out they both deserve some credit for how they handled the situation.

“My favourite line: ‘He did so good’ – Both of you were freaking rock stars!” 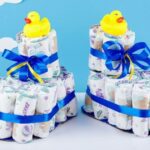 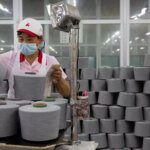