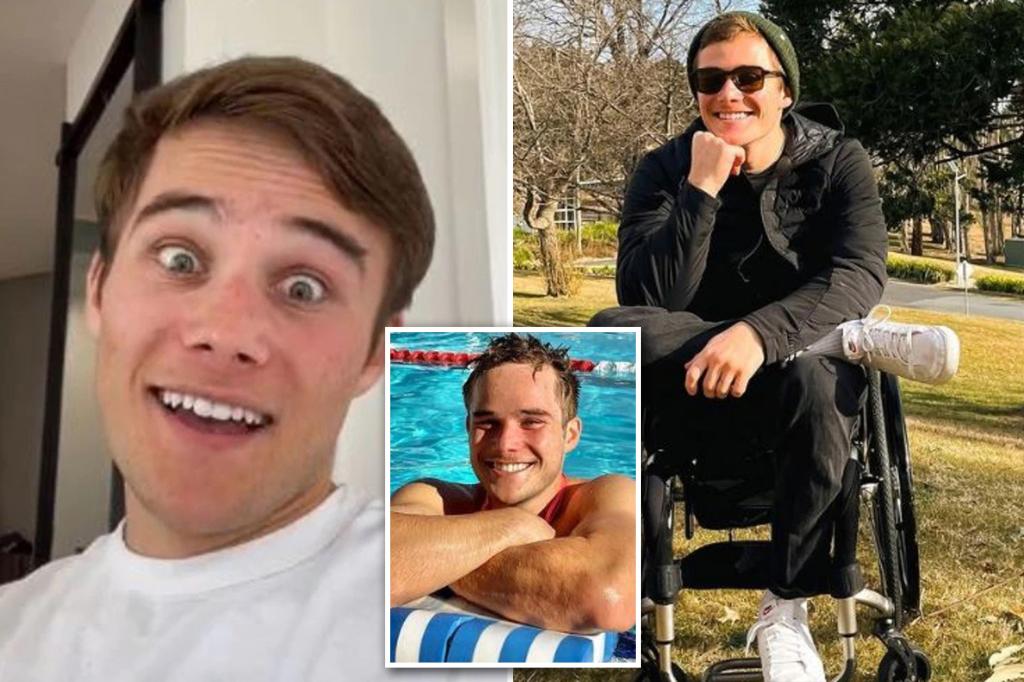 A medical student who became paralyzed after a devastating accident has revealed the shocking encounter he had with a stranger about his wheelchair.

After breaking his back in a skiing accident in August 2021, Jimmy Jan has been documenting his journey navigating the world with a disability.

The 22-year-old, from Newcastle, New South Wales, has inspired thousands of people around the world with his TikTok videos that showcase both his positive outlook and humorous attitude towards his situation.

But his latest clip has sent shockwaves among his followers who could not believe the encounter he had with a complete stranger regarding his wheelchair.

Jimmy said the interaction with the woman left him “speechless”.

“I’m a full-time wheelchair user, which means I’m not really a stranger to annoying, nosy questions from strangers,” he began the video.

“You’ve got your classic, ‘Why are you in a wheelchair?’ ‘What happened to your legs?’ ‘Were you born like that?’

“Or maybe just a nice, ‘What’s wrong with you?’” he said sarcastically.

“But the other day I got a question I had never gotten before, and it really threw me.”

“Let me set the scene. I’m waiting for an Uber, and it’s raining outside, so I decided I would wait in the lobby of my building. I sit in my wheelchair all day, obviously. But it can get quite uncomfortable sitting in the same position all day,” said Jan. “There is a couch right outside the elevators, and it’s really comfortable. I like to wheel back to it, and lean on the couch, to stretch my back out.”

Jan then takes his camera downstairs to show his viewers the couch, and the way that he was laying when the incident occurred.

“It’s a really comfortable way to sit in a couch if you’re in a wheelchair,” he explained.

“So I’m just chilling on the couch here, and these two old ladies come in. One of them goes ‘Wow, look at you, is that just so comfortable for you?’

“And I say, ‘Yes, this is a really comfortable couch.’ Then she says, ‘Now let me ask. Do you really need a wheelchair?”

“That is the question that really threw me. I’ve had some weird questions before, but nobody has ever asked me if I really needed a wheelchair.”

Jimmy said he was so stunned by the woman’s question, that he just sat in silence for a few moments.

“I kind of just sat there and said, ‘Excuse me?’ I was thrown,” he said. “I can’t imagine being an able-bodied person, and looking at a person with a disability or a mobility aid, and asking them if they really needed their wheelchair or walking stick.”

“She asked again, and I said, ‘Yeah, I do need this wheelchair.’ Her next question is, ‘Why?’”

“I said, ‘Because my legs are paralyzed and I can’t walk.’”

Jimmy thought the awkward encounter might end there – but not before he said the woman did something even stranger.

“She didn’t ask any follow-up questions, but what she did next threw me into a further state of shock,” he said.

“She said, ‘Let me take a photo of this. There is a man at my work who is wheelchair-bounded. I’m going to show him this! What’s your name.’

“At this point, I’m quite gobsmacked. Some random lady has just taken a photo of me – and does she think all wheelchair users know each other or something?

“Anyway, I feel sorry for this wheelchair user at her work, because this lady seems quite annoying,” Jan said.

“Luckily, the elevator doors then open, which was the perfect end to this weird conversation.”

During the pandemic, Jimmy had been living in a self-converted van while he continued his studies for medical school online.

Having a season pass to the snow, he decided to move to the Snowy Mountains so that he could ski and snowboard in his spare time.

But a freak accident ended in tragedy for the med student.

“I landed badly on a jump – directly on my head – and was knocked unconscious,” he said.

“When I woke up on the snow, I had people all around me, asking me to get up. That’s when I realized I couldn’t move my legs or feel anything from the waist down,” explained Jan.

“I knew then it probably wasn’t good.”

The young man did not let his accident stop him from pursuing in his dream of becoming a doctor, however, as he continues his studies while going through rehabilitation. 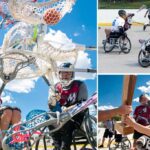 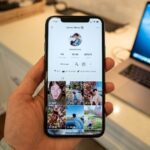 What Is the TikTok Creator Portal? How to Get Started With It
Share 0 FacebookTwitterPinterestLinkedinRedditEmail