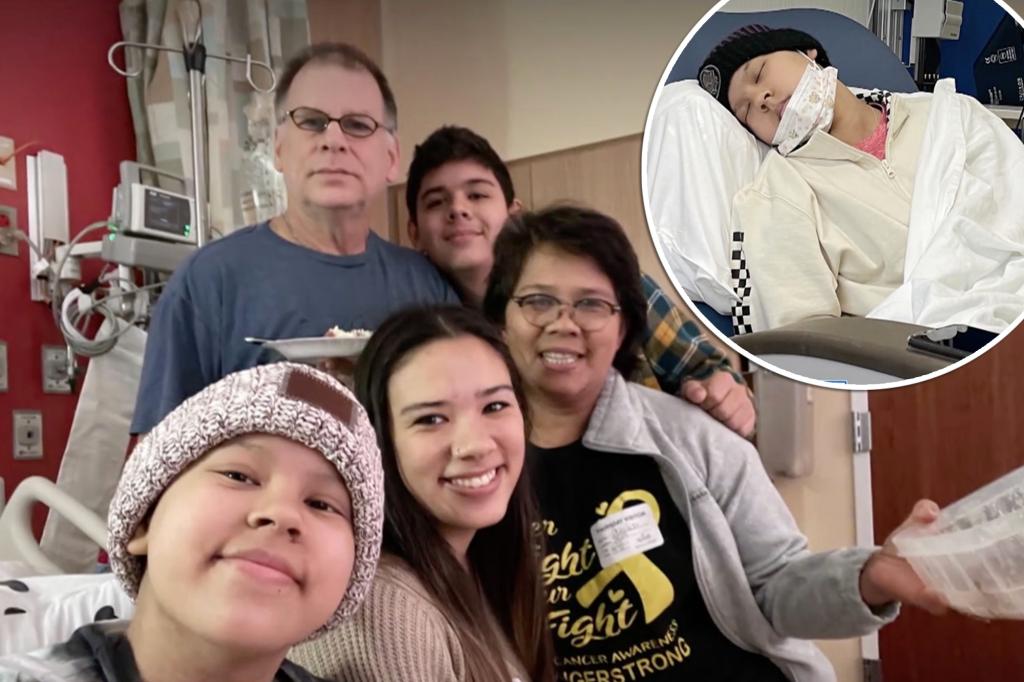 An Indiana couple has been forced to take out high-interest loans to pay for gas to drive their daughter, who is battling cancer, to treatment.

Keith and Analiza Vincent were left devastated when their 15-year-old daughter, Jinger, was diagnosed with bone cancer last year and quickly arranged for her to have chemotherapy and surgeries to beat the disease.

However, as the family reside in rural Indiana, the closest treatment services are located more than an hour’s drive away. For the past 12 months, Keith and Analiza — who also have two other children — have been transporting Jinger to her appointments every other day.

Last year, the family forked out around $100 a week for the journeys. Now, due to the surging cost of gas, they’re paying upwards of $200 a week to get Jinger to her life-saving treatments.

In a heartbreaking interview, Keith and Analiza told CBS News that they can’t afford the price hike, and have turned to loans to cover the cost.

“At the end of the day, I say, ‘Wait a minute, we do not have money for gas.’ So I end up, like, going [for] the instant cash. That’s our best friend right now,” Analiza admitted.

“Having to watch them [say], ‘We have to pay this bill. We have to pay that.’ And I’m downstairs and I hear all of that. It just seems so stressful and I feel bad for them,” the teen told the network.

To cut down on the long and expensive journeys, the family has been staying at a Ronald McDonald House in Northern Indiana.

The charity told CBS News that there are many other families in the same boat as the Vincents, with added demand for their services since gas prices started soaring.

Jinger — who was once a student-athlete — recently underwent lung surgery and is still receiving chemotherapy.

Dad Keith candidly admitted that it’s “tough” to see his daughter “wasting away in bed,” but says he’s willing to do whatever it takes to help her get healthy again.

“People have certain bickerings, everyday trials, rent, food, but you kind of, like, work it out,” he stated. “[But] when you get cancer, that kind of stuff fades away.”

“We’re not worried about, even though we can’t afford certain things,” mom Analiza added. “The big picture is her.”

Since the family’s story went to air on CBS Saturday night, a GoFundMe account has been set up in their honor.

The page has raised a whopping $72,000, leaving the Vincent family blown away by the generosity of strangers.

Several viewers left messages alongside their donations, with one writing: “Saw your story on CBS and it broke my heart. The least I can do is pay for some gas. God bless you. Stay strong Jinger, we are all praying for you and fighting with you.”