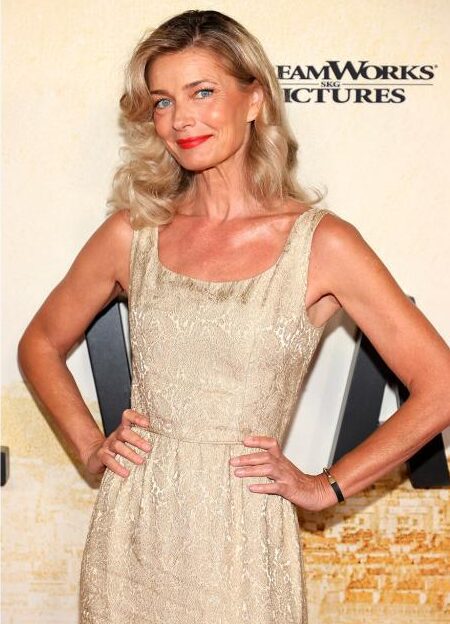 A former model who appeared on the cover of Sports Illustrated has caused a stir by posting a photo showing her ageless beauty.

In the image, she had her back to the camera as she wore a leopard print bikini.

She captioned the image: “Troll bait: a 57-year-old woman in a bikini. Who’s not at all feeling #oldandugly Sorry/not sorry trolls!”

The photo had a mixed reaction among social media users.

“You go Paulina!!! Damn the trolls and haters,” one commented on the photo.

Another said: “I’m 56 … I don’t look anything like you do in a bikini but in all fairness you are a super model.

“I’m not sure how I feel about this thread- it’s sort of like comparing apples to oranges. Felt okay about my appearance before seeing this, now feel inadequate.”

One said: “Seeing you in this shape at 57 is inspiring for me to try to keep going to the gym. Clearly, age is no excuse. Thank you for sharing.”

One added: “Live your life how you want, not how someone else wants. No regrets. We should all be able to look back and say ‘I’m glad I did that’.”

Sharing bikini snaps is nothing new to Porizkova, who shares some racy pictures of her own on Instagram from time to time in an effort to battle ageism.

She told Los Angeles Magazine last year that, by and large, her campaign seems to be working.

“Most of the reactions have been overwhelmingly positive,” she said. “But the negative ones have been so mean. They’re like, ‘You’re so desperate,’ or ‘It’s time to retire, grandma.’”

She feels differently, however.

“I looked at those pictures of myself without makeup or without clothes, and I just thought, ‘Hey, I look pretty good for my age,‘” she said.