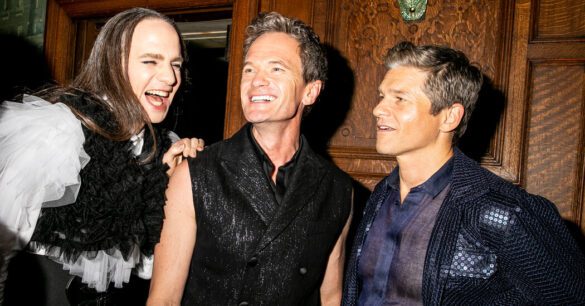 What’s summer in the Hamptons without a little polo? On July 23, Christie Brinkley hosted the annual Polo Hamptons match and cocktail party at the Maria and Kenneth Fishel Estate in Bridgehampton, N.Y. The horse-loving crowd came ready to cheer in floral dresses and wide-brimmed floppy hats.

Later that night, All Star Code, which promotes tech opportunities for young men of color, raised $420,000 at a benefit at the East Hampton home of Christina Lewis, the organization’s founder. Cocktails were followed by a sunset dinner overlooking the beach.

And on Tuesday night, Netflix held a premiere party for “Uncoupled,” a comedy series starring Neil Patrick Harris as a middle-aged gay man who finds himself single and learning how to use Grindr in New York City. A screening at the Paris Theater was followed by a party at the Plaza, where guests were asked to “dress like their ex.”

“The bag is from my favorite store in Los Angeles, Indigo Seas, that loves Capri as much as I do. And I love using baskets as purses.” — Christie Brinkley at Polo Hamptons.

“I’m so proud of the show. I was in a 26-year relationship and uncoupled recently, so I can relate.” — Tisha Campbell at “Uncoupled.”

“Giving back is a part of my DNA. Tonight was special because I did it with my fam.” — Christina Lewis of All Star Code.

The Most Dressed features great outfits from up, down and all around town. 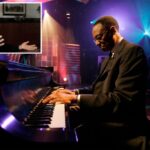 A European official denounces ‘inhumane, barbaric acts’ as dozens of prisoners of war are killed.

Your Monday Briefing: The Social Cost of ‘Zero Covid’
50 mins ago
Which Web Scraping Tool Should You Use?
2 hours ago
Ex-NY Gov. Pataki returns to Ukraine with heating units, calls...
2 hours ago