Home Life Pottery That Gets Its Colors by Chance
Life 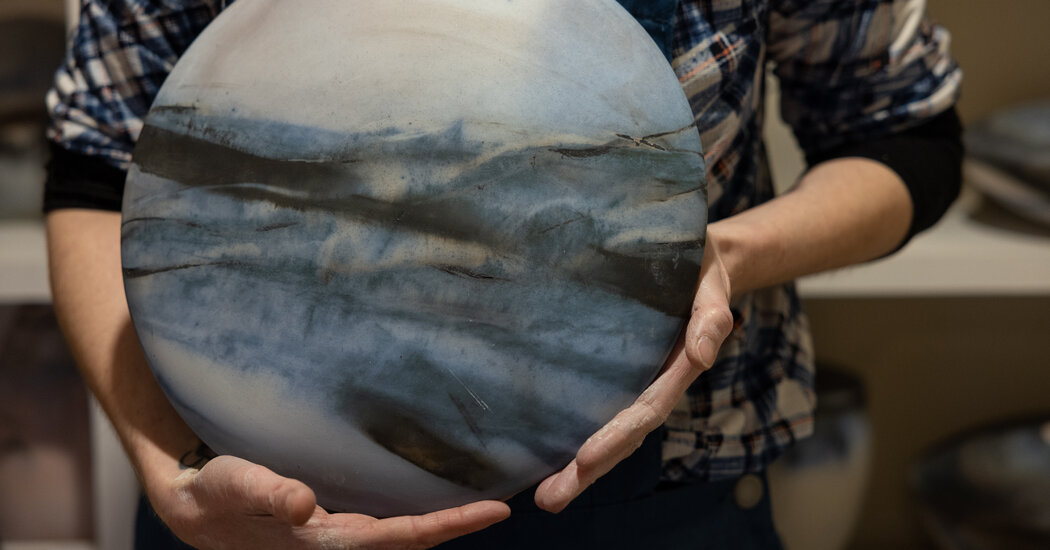 BAURAVILLA, Ireland — Sinéad Fagan credits the beginning of her award-winning career in ceramics to a book.

In 1993, Ms. Fagan was 19 and thinking about studying ceramics when she borrowed “The Encyclopedia of Pottery Techniques” by Peter Cosentino from a local library.

“It’s the Bible for potters,” said Ms. Fagan, 48. “It was well thumbed through when I got it — even more so when I gave it back!” The following year, it inspired her to sign up for a two-year course in ceramics and sculpture at Cólaiste Chonghaile, a school in Dublin.

Then in 2017, the publishers of Mr. Cosentino’s encyclopedia asked Ms. Fagan for permission to include her work in a new edition, published the following year. “I was delighted,” she recalled, “It was like I’d gone full circle!”

Three of her pieces — a wall disc and two tall vessels — were featured. The accompanying text referred to the colors of the West Cork landscape that influence her work, mainly decorative wall discs and convex vessels, and the technique she uses, an ancient method called the saggar firing process.

“A saggar is a kiln within a kiln,” Ms. Fagan said. “It creates a microenvironment within the larger kiln that protects the piece.” She also places combustible objects inside the saggar that burn during the firing; their fumes permeate the pottery, creating colors.

“It’s not a conscious thing, but the effect I get is quite painterly,” she said. “My work is a funny one to define, it seems to straddle between craft and fine art.”

At her farmhouse, tucked amid rolling hills in Bauravilla, most of her pieces begin in her indoor studio, where she forms a shape on her potter’s wheel, using white stoneware clay, her hands, water and a selection of needles and blades for cutting.

Nothing is wasted, she said — remnants of clay and failed pieces are recycled in a bucket of water. “There are about 80 things that can go wrong with a piece of pottery!” she said, laughing. “I like reusing, it’s part of my personality.”

Once a piece is shaped, she waits two to three days until it is what she called “leather hard” — dried to the point that it will no longer shrink. “Then I can turn it over and shape the bottom and start turning; that’s the paring away of excess clay.”

The piece is then left in the indoor workshop for as long as two weeks, depending on the season and humidity. “This is called the greenware stage,” she said. “It has to be completely dry for the first firing. If there’s any moisture in the clay, it will blow apart.”

Ms. Fagan fires her work in an outdoor shed that shelters her two kilns, one of which is electric and the other, gas.

Operating them is hard physical work and the environment can be dangerous, she said. She wears a protective mask and fireproof gloves to protect her from the heat and the potentially deadly gas fumes. “It’s dirty, dirty, dirty,” she said, “but what can you do?”

First Ms. Fagan places the greenware in her electric kiln at 960 degrees Celsius (1,760 degrees Fahrenheit) for what is called bisque firing, a process about 12 hours long that hardens the clay in preparation for a second firing. At this point, the clay still is semi-porous “so it will absorb the things I burn with it in the saggar,” she said.

When a piece has cooled, she sands it smooth and then fires it again in the gas kiln, which she constructed herself. The kiln’s base was made from “part of a running machine that I found in a skip [dumpster],” she said, while the body was constructed from wire sheeting that Ms. Fagan covered with an insulating ceramic fiber capable of withstanding high temperatures.

The result is what is called a “top hat” kiln, she said. “You lift the top up and down to give access.” (A friend with “engineering know-how” repurposed an old boat winch for the task.)

Ms. Fagan makes her own saggars to go inside the gas kiln. First she rolls what is called crank clay — “a very durable, rough clay, containing lots of grit and sand and capable of withstanding great thermal shock,” she said — and then coils it into the right shape.

She puts the pottery pieces onto a bed of sawdust inside the saggar — several at a time, according to size — along with combustible items, like seaweed she gathers from beaches and plants from fresh water sources nearby. “You get a different color from each type,” she said. “I also use grasses and sawdust from a local joiner. Seashells give a pink tone.”

She visits recycling centers to get cords “snipped from hair dryers, toasters, whatever” and then strips out the metal wires and sometimes wraps them around a ceramic piece before it is fired. “You get lovely black lines. Iron gives rust red tones,” she said. “Putting a line across a piece automatically creates a horizon that to our human brains comes across as sky and land or sky and sea.”

Ms. Fagan said she frequently consulted a detailed record of her work during the last 12 years. “The shape of the vessel matters,” she said, “and whether you put it in sideways or upright does make a difference.”

Once everything is ready, she seals the saggar with a clay lid, places it on a circular base that sits on a fireproof brick within the kiln and lowers the “top hat.” She sets the gas kiln at 880 to 900 degrees Celsius (1,616 to 1,652 degrees Fahrenheit) and runs it for about three hours. Then she lets it cool down naturally, waiting until the next day to see what she has produced.

Once the finish pieces emerge, Ms. Fagan dusts them with a sponge. And she gives all of them names, like “Hedgerows,” “Charcoal Blends Over Bog” or “Ebb Tide.” “It’s very happenstance,” she said, “each piece is a blank canvas and I never know how it will turn out.”

Ms. Fagan’s work is priced at 120 to 600 euros (around $120 to $615) and she sells through several private galleries in Ireland. She also exhibits her pieces in Ireland and abroad, like a convex vessel named “Grand Soft Day” that is on display until Jan. 3 at the Royal Ulster Academy of Arts (R.U.A.) in Belfast, Northern Ireland.

“It’s quite a calming piece,” she said. “It was meant to be blue but it turned out gray. There’s a hint of the sun in the corner from a piece of seaweed that burst and created an orange ring.”

In a critique of Ms. Fagan’s work in the summer 2021 edition of the Irish Arts Review, Nicholas Mosse — one of Ireland’s best-known potters — wrote that he admired the “gentle, otherworldly shapes” of her pieces, and their hues and patterns: “darks and lights, shimmers, nights and days, moons or suns, seas — they can all be found in these minimal, contemplative works of art.”

He wrote that he doubted her results come down to chance. “Fagan claims too much to the accidents of the firing and materials, but I suspect that great experience and long observation have given her an artist’s intuition for perfection,” he wrote. “The work itself does border on the sublime.”

Speaking of chance: In that same issue of the magazine, Ms. Fagan noticed that the R.U.A. was inviting artists to apply for its annual sculpture prize.

“It was purely by chance,” she said, “I only had the magazine because I was in it.” She decided to enter one of her pieces called “Underwater Cavern,” a convex vessel that she said pleased her. “When it came out of the kiln, I thought, ‘God, Sinéad, that’s actually quite good.’ I was amazed it came out so nicely blue.”

It won the sculpture first prize of 500 British pounds (around $590), and the Arts Council of Northern Ireland bought the piece.

Ms. Fagan’s career path has taken some unusual turns over the years, including a stint as a gardener. But she always has returned to ceramics.

After she finished her first pottery course, in 1996, Ms. Fagan spent the next year on a government program that included part-time work as a teacher’s assistant and 20 hours a week to concentrate on her own pieces. “It was a chance to work on a portfolio for Thomastown,” she said, referring to the Design & Crafts Council of Ireland’s pottery course, which accepted her the following year.

After completing the class, she worked as a thrower — someone who executes designs — for Rob D’Eath, an Irish ceramist who creates Asian-inspired functional ceramic objects. Then she decided to visit friends in Spain and ended up spending four years in the Alpujarra Mountains, working in horticulture and making sculptural pieces for her own pleasure. She had planned to return to pottery production in Ireland, but “when I got back in 2006, I was shocked!” she said. “Everything had changed since I’d gone away, there were no more jobs for throwers.”

So Ms. Fagan went back to school, first earning a Higher Diploma in Professional Art at Cólaiste Stiofáin Naofa and then a Bachelor of Arts degree in ceramic art at Crawford College of Art and Design, both of which are in Cork.

She was in her fourth year at Crawford when she began to experiment with saggar firing and became fascinated by what she called its “unpredictable results.”

“There is a beautiful dichotomy of carefully creating a smooth, blank canvas of clay, and then giving away any control of the finish to the whims of the kiln firing,” Ms. Fagan said. “Depending on how the materials change, how the wire twists and moves against the clay, or the different colored fumes combine, the results will always be unknown.” 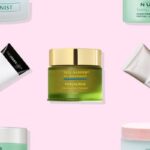 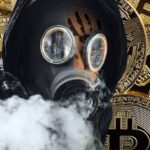 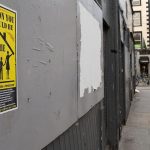 How has the Ukraine war changed life in Ireland?

10 ‘Digital’ Gifts That Are Still Thoughtful

Does the iPhone 13 Have eSIM? Here’s What You Should Know