Home » Pretty in Any Color: Women on the Court Make the Style Rules
Life

Pretty in Any Color: Women on the Court Make the Style Rules 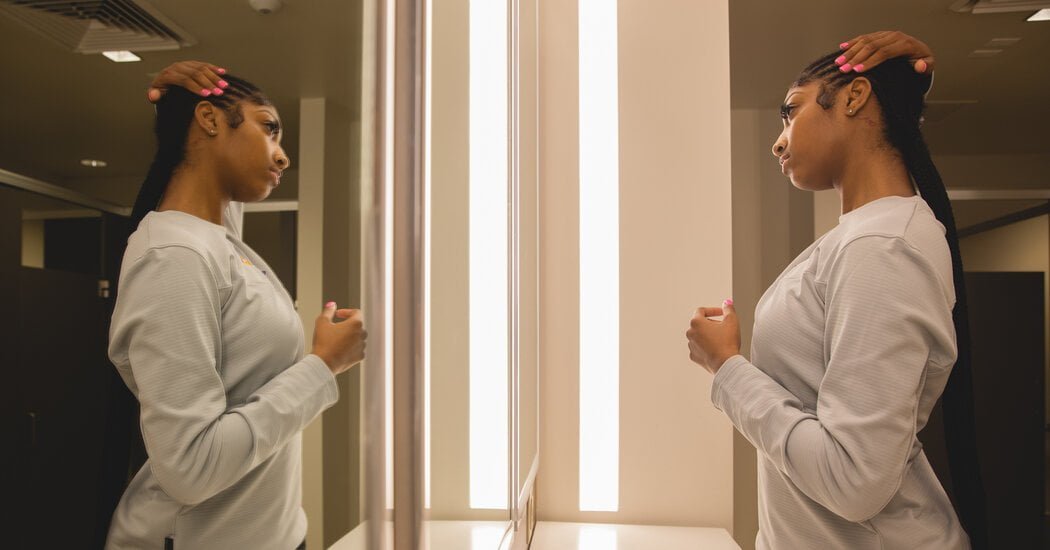 W.N.B.A. players, with a maximum base salary of about $230,000, earn far less than their millionaire counterparts in the N.B.A., making marketing dollars even more important. The W.N.B.A. has a pool of $1 million that it must spend on marketing deals for players, and each team has to spend between $50,000 and $100,000 per year on player marketing deals. Any unspent amount carries over to the next season on top of the minimum.

The league said it selects players to participate in marketing efforts based on a variety of factors: on-court performance, an established personal brand with an active fan base, and the willingness to travel and participate in league events.

“Ideas about bodies play out most explicitly on the bodies of athletes — harmful ideas and also positive ideas,” Jackson said. “That’s another way in which this can be a space of conflict and a space of harm, too, depending on the way those ideas are packaged and sold.”

‘They have no idea about what a Black woman goes through, let alone an athlete.’

Tiffany Mitchell likes to feel the swing of her ponytail as she runs the court.

Mitchell, who is Black, has often worn her hair in long, braided styles past her waist since she starred at South Carolina from 2012 to 2016. This kind of protective hairstyling allows her to go longer between restyling and can prevent breakage during the grind of the season with the W.N.B.A.’s Indiana Fever.

Those swinging braids became an issue during the W.N.B.A. off-season in December, when she was competing with the Melbourne Boomers, a professional women’s team in Australia. Basketball Australia, the sport’s governing body, said the league’s players had to tie their hair back or up, mistakenly attributing the policy to a FIBA rule that was no longer in effect. Mitchell, one of just three Black players on the Boomers’ roster, felt targeted, since she had never had to change her hair for other international competitions. Basketball Australia later apologized and rescinded what it called a “discriminatory” policy.

“They have no idea about what a Black woman goes through, let alone an athlete,” Mitchell said. “So I think that me bringing it to their attention called out the ignorance because there have been players in this league that have had braids before me, and it was never an issue.”

Fears rise for a rights activist captured while fighting for Ukraine.

Tracking Ships (and Sharks) and Tying Knots: Apps to Enrich Your Seaside...